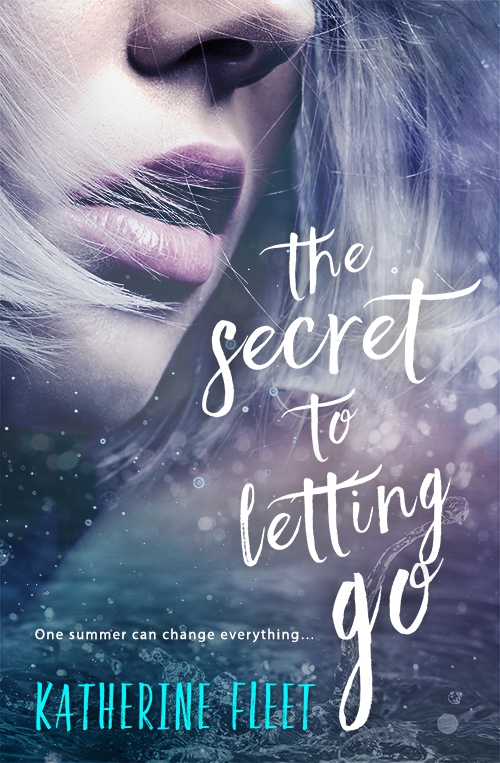 The Secret to Letting Go

One summer can change everything…

Haunted with guilt after his girlfriend’s death, Daniel Hudson has no interest in committing to anyone. At the end of the summer, he’ll be leaving Florida for a new start in college. If only he could avoid the mysterious new girl in town, who seems every bit as naive and eccentric as she looks. Trouble is, she’s hard to ignore, with her beautiful piercing eyes, pitiful-looking dog, and unsettling tendency of finding trouble.

Clover Scott lived her whole life off the grid and arrives on the Gulf coast in search of her grandparents. She never expected to nearly drown, or get caught in a hurricane, or fall in love with the boy who rescues her. Now, she has a chance to rewrite her life’s story, to finally fit in somewhere, but Daniel wants answers about her past. When the police start asking questions about the disappearance of her parents, she must make a choice: go to jail or confess her secrets—even if they might destroy her chance at a happily-ever-after.

Originally from Newfoundland, Canada, Katherine Fleet moved with her family to the Caribbean island of Curaçao in 2007. The slower pace of island life gave her time to pursue a long-time goal – becoming an author. When she’s not writing, she spends her time baking, chauffeuring her three amazing, talented kids around, and having sun-filled adventures with her wonderful friends. She is a member of RWA™ and several of its chapters. She also loves NaNoWriMo and is an active supporter of the associated Young Writers Program. She is represented by super-agent Carrie Pestritto of Prospect Agency. The Secret to Letting Go is her debut novel.

You are here: The Secret of Letting Go by Katherine Fleet (US & Canada Only)