I am thrilled to be hosting a spot on the THE YEAR OF THE BEAR by Douglas J. Lanzo & Ambassador International Blog Tour hosted by Rockstar Book Tours. Check out my
post and make sure to enter the giveaway! 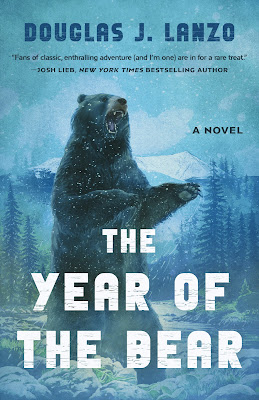 Title: THE YEAR OF THE BEAR

A remarkable story of a bear and the
coming-of-age journey of a teenage boy.

Thirteen-year-old Jason is on the
cusp of manhood, striving to fi nd his place at school and at home—especially
after his mother has abandoned them and his father is left to deal with his own
anger. When Jason and his father encounter a bear while out hunting, they shoot
and kill it, not realizing that they have left a cub without its mother. When
Sasquot of the Penobscot Tribe, a part of the Bear Family, discovers what they
have done, he decides that Jason needs a lesson in caring for God’s creatures.
Thus begins a year that Jason will never forget as he begins to care and train
the cub in order for it to survive. As Jason forms a bond with the bear, he, in
turn, learns valuable lessons for life.

“Fans of classic, enthralling
adventure (and I’m one) are in for a rare treat.”-Josh Lieb New York Times best-selling and Emmy Award-winning author of I am a
Genius of Unspeakable Evil and I Want to Be Your Class
President

Why did I write and publish hundreds of poems during the Pandemic?

At the outset of the Pandemic, I prayed that I would publish poems in literary journals that would glorify God with poems that would uplift and inspire people in our nation and around the world.  Literally with a matter of weeks, my poetry exploded.

Prior to the Pandemic, I had published very modestly perhaps a dozen at most poems in various Church publications and a single poem in a truly professional literary journal.  Two and a half years later, I have published 271 poems in 47 literary journals, including the Asahi Shimbun, among the largest and oldest print newspapers in the world, and 6 poetry anthologies, including many that were bestsellers, on 5 continents.  I found a poetic voice, a gracious and undeserved gift, and simply trusted God to help me find the literary vessels to carry them to readers globally.

As a novelist, poet, high school and collegiate runner and person of strong faith, since my childhood I have been inspired by Eric Liddell, the great Scottish missionary and runner whose principled refusal to run an Olympic 100-meter race on a Sunday was chronicled in Chariots of Fire.  As a boy, I recall playing Vangelis’ Chariots of Fire music many times over on a grand piano in our Church’s music room, inspired by the larger-than-life story behind it.  And as a high school and college Division 1 runner, I recall the music of Chariots of Fire pumping up my Harvard teammates and me for big races.

The Chariots of Fire soundtrack is a tribute to the extraordinary feat that Liddell accomplished and how he accomplished it.  Surpassed in pure 400 meter running talent by a number of his 1924 Olympic competitors, Liddell simply honored God and God honored him back.  And this is exactly what a masseur wrote and presented in a message to Liddell the morning of his historic 400 meter final in Paris, writing: “In the old book it says: “He that honors me I will honor.”  Days after pulling out of the 100-meter heats because they were held on a Sunday, Liddell won the gold-medal in a huge upset over the talented field, shattered the world record and besting his personal record by 2 full seconds.

When asked why he ran, Liddell stated: “God made me fast. And when I run, I feel His pleasure.”

Liddell he ran for exactly the same reason why I write and love to do so.   The joy that he described in his running resonates with me.  I feel a joy and feeling that I am doing what is pleasing to God when I use my author’s voice to heal, uplift, comfort and inspire readers.  I feel that it is a noble pursuit to share poetic tributes of giants who came before us, great men and women like Eric Liddell, Ronald Reagan, Nelson Mandela and Queen Elizabeth II, each of whom blazed a glorious path for us to tread.

I also feel part of my purpose as a writer is to use my poet’s voice is to highlight cases of injustice and to espouse righteous causes.  Some recent examples of this are my poems extolling the virtues of the Ukrainian people in bravely fighting to preserve their sovereignty, freedom and very existence, poems supporting those struggling for freedom in Hong Kong, poems, including my “We Are Mahsa” poem, decrying injustices to women and repression in Iran and Afghanistan, and poems paying tribute to civil rights pioneers.  I feel that freedom of speech is paramount and that writers should have the courage to make their voices heard even where rogue states and actors may potentially exact a high price for it, as recently witnessed in the cowardly, on-stage attack against Salman Rushdie. 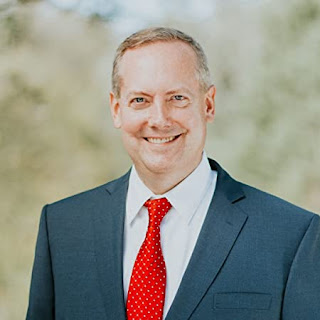 1 Winner will receive a finished copy of THE YEAR OF THE BEAR, US Only.

3 thoughts on “Rockstar Tours: THE YEAR OF THE BEAR (Douglas J. Lanzo), Guest Post & Giveaway! ~US ONLY”

You are here: Rockstar Tours: THE YEAR OF THE BEAR (Douglas J. Lanzo), Guest Post & Giveaway! ~US ONLY