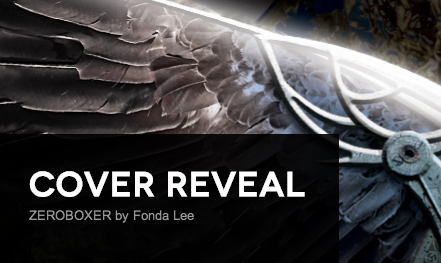 Hello, YABCers! Are you ready for another cover reveal?

Today we’re super excited to reveal the cover for ZEROBOXER by Fonda Lee releasing April 8, 2015 from Flux/Llewellyn. Before we get to the cover, here’s a note from Fonda:

When my editor and I first started talking about ideas for the cover of ZEROBOXER, we bounced around a few exciting concepts. Should we try to reflect the action in the story with a futuristic fight image? Should we try for a classic sci­fi feel, with the main character, Carr, on a lunar landscape with the ubiquitous bright light shining down from space? Finally, we decided no, we wanted something DIFFERENT…something clean, dramatic, emblematic. The talented folks at Flux got to work, and I retreated into my author cave to bite my nails. When I saw the final cover, I may have let out a loud animal squeal from total eyeball orgasm. They nailed it, and I couldn’t be more psyched to share it with you.
~ Fonda Lee (ZEROBOXER, Flux/Llewellyn) 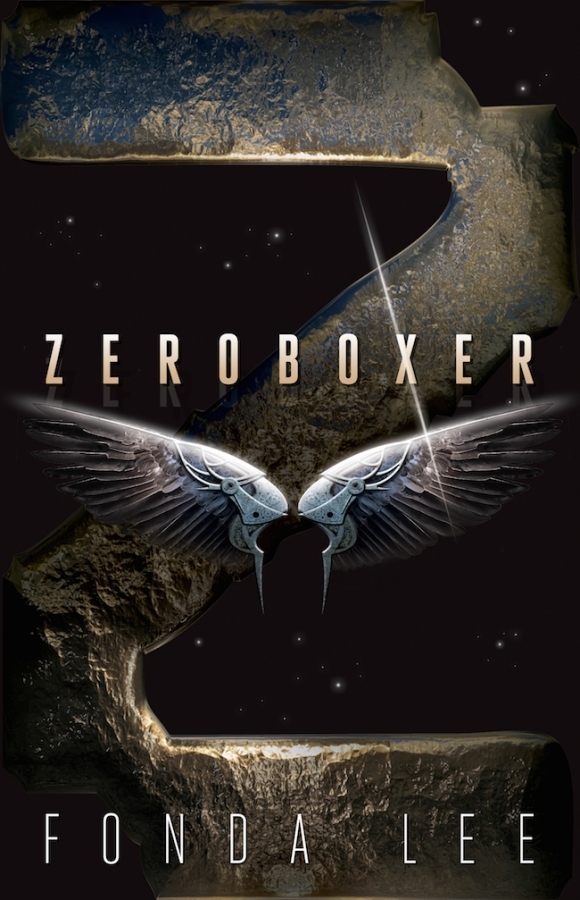 *** If you choose to share this image elsewhere, please include a courtesy link back to this page so others can enter Fonda’s giveaway. Thank you! ***

Carr “the Raptor” Luka is an athletic phenom, a rising star in the weightless combat sport of zeroboxing. Training and competing aboard the lunar orbiting city­station of Valtego (where It’s More Fun on the Dark SideTM), all he’s ever wanted is to win the championship title.
His talent and marketability don’t go unnoticed by the top brass of the Zero Gravity Fighting Association. They assign him a brandhelm; after all, anyone who wants to be anyone needs a dedicated personal marketing strategist. Beautiful and ambitious, Risha is one of the genetically engineered Martian colonists that Earth dwellers view with resentment and suspicion. It isn’t long before she’s made Carr into a popular celebrity, and stolen his heart along the way.
But success could be the worst thing that happens to them. As his fame grows, Carr must come to terms with the fact that he’s become an inspirational hero on Earth, a once-­great planet now angry at falling into the shadow of its more prosperous colonies. When Carr learns of a far-reaching criminal scheme, he becomes the keeper of a devastating personal secret. Not only will his choices place into jeopardy everything he holds dear, they may spill the violence from the sports arena out into the solar system. 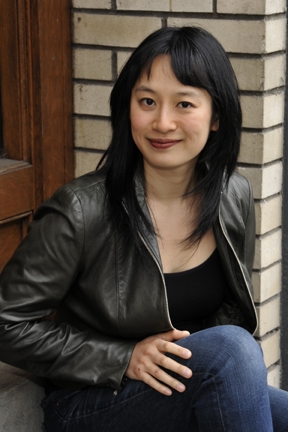 Fonda Lee is an science fiction and fantasy author and recovering corporate strategist who was born and raised in Calgary, Canada (land of hockey, rodeo, and oil reserves) and now lives with her family in Portland, Oregon (land of rain, hipsters, and Powell’s Books). When she is not writing she can be found training in kung fu or searching out tasty breakfasts.