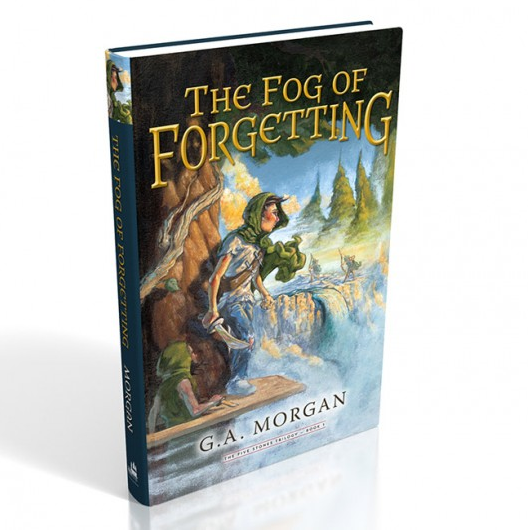 Before we get to the excerpt, here’s a bit about the book:

Move over, Narnia. The journey to Ayda has begun.
The journey to Ayda begins when five children sneak out for a quick boat ride on a summer day. Engulfed in a curtain of dense, powerful fog, they are transported from the rocky Maine coast to the mysterious island of Ayda.
Rescued by Seaborne, a machete-toting wayfarer of few words, the children suddenly find themselves at the center of a centuries-old battle between Dankar, the ruler of Exor, and three siblings that rule the other realms of Ayda.
At stake are the four stones of power and the elusive Fifth Stone that connects them all. When 9-year-old Frankie is kidnapped by Dankar, her older sister Evelyn and the three Thompson brothers must learn to harness the powers of the daylights, ancient forces of earth, fire, water, and air, in order to navigate their way through the realms of Ayda, save her, and find a way home.
Asked why she thinks THE FOG OF FORGETTING has been getting such great advance buzz, Melissa Kim, Children’s Book Editor at Islandport Press, says:
“The Fog of Forgetting stands apart from other YA adventure fantasy because it has —as well as a page-turning plot, reluctant hero, and quest for justice—an inner adventure not often seen in this genre. Morgan has drawn on past civilizations, global cultures, and forces from within, to dig deep into the very core of what makes us human and what connects people to each other across time and space. Even readers who don’t normally turn to fantasy will find much here. It’s a story you will remember years after you have read it.”
Doesn’t that sound awesome?! Let’s get to that excerpt, shall we?
Click the link or the cover image below. 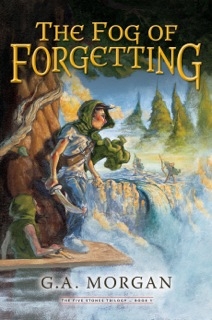 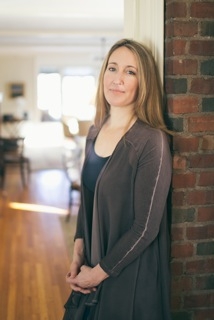 After moving to California to pursue a career as an actor, she found more steady work as a copy editor at SF Magazine. She moved away from acting to become the managing editor at Chronicle Books in San Francisco, where among other things, she helped to launch their award-winning Giftworks division. After ﬁve years learning the trade, she left to co-found a book-packaging company that produced a variety of work, including Saints: A Visual Almanac of the Virtuous, Pure, Praiseworthy and Good and its (more dastardly) follow-up: The Devil.
She has written books for Smith & Hawken, Williams-Sonoma, Starbucks, The Nature Company, Harper Collins, Borders Books, and Hay House publishers, and was the wellness editor for Maine magazine. Her work on health topics has appeared in The Bangor Daily News, as well as Body and Soul and Insight magazines. She co-created, produced and was the weekly co-host of “The Dr. Lisa Radio Hour,” a Maine Media Company production, during its inaugural year. As a volunteer, she worked for many years with kids and teens as the president of the board of The Telling Room. In addition to Undecided: Navigating Life and Learning after High School (Zest Publications; April 2014), she is the author of a YA fantasy-adventure trilogy called The Five Stones. The ﬁrst volume, The Fog of Forgetting (Islandport Press), will be released in July 2014, followed by Chantarelle, releasing July 2015, and Kinfolk, releasing  July 2016.
Morgan is a member of the Author’s Guild, the Maine Writer’s and Publisher’s Association (MWPA), and the advisory board for The Telling Room. She chairs the advisory board of the Thompson Family Foundation and was the recipient of a Hewn Oaks Artistic Residency Fellowship in 2013. In a happy twist of fate, after Islandport Press acquired The Fog of Forgetting, they acquired Genevieve for the position of senior editor for adult trade and gift divisions there!
She is also the host for a new weekly TV segment on writers and artists for Your Magazine, an entertainment digest broadcast by Time Warner Cable, watched by over 350,000 households in New England.
When she is not writing or reading, Genevieve does a lot of yoga, walks her dog in the countryside, and practices bass guitar with her neighbor (someday they will have a band). Though she has not ofﬁcially acted in years, she enjoys reading in different character’s voices and pretending to speak obscure foreign languages to her dog. She lives with her husband and two teenagers in Portland, Maine.
For more about G.A. Morgan visit http://www.GA-Morgan.com.com
Stay tuned for a chance to win a copy of this book later this week!
In the meantime, tell us what you think of the excerpt in the dooblydoo below.
Cheers!
Tags: Excerpt, G.A. Morgan, The Fog of Forgetting

1 thought on “Excerpt Reveal: Fog of Forgetting by G.A. Morgan”

You are here: Excerpt Reveal: Fog of Forgetting by G.A. Morgan