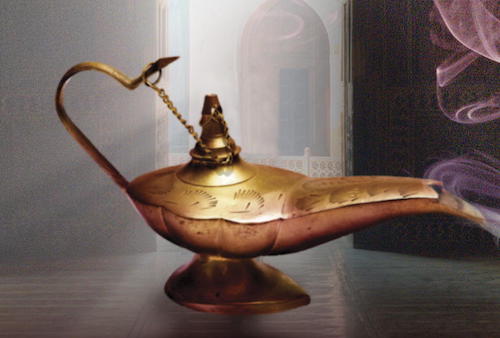 Before we get to the exclusive excerpt from THE FIRE WISH, here’s a note from Amber:

Have you ever had a dream that that burrowed like the roots of a weed into your veins?
My dream was of a book—one that I had written—on a library shelf. I could smell the musty scent of old paper, vinyl book covers. I could feel the warmth of muted readers, squatting down to get a better look at the array of worlds on that shelf. I could see one of them sliding mine out between two others, weighing it, studying it, choosing it. It was for this dream, more than anything, that I set out to write books.
It’s dizzying to be where I am now. I have two books out—a beautiful, matching pair.
I’m grateful for those weedy roots that gripped me and wouldn’t let go. I’ll continue to feed them with more stories, more bits of writing, more books to come.
Thank you YABC for having me here and for sharing my book.
~ Amber Lough (THE JINNI WARS series, Penguin Random House) 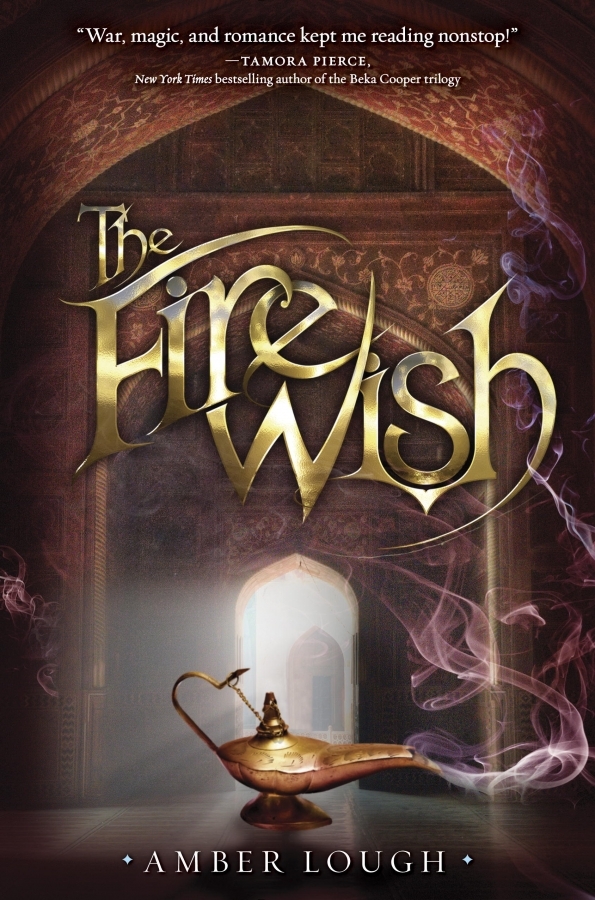 A jinni. A princess. And the wish that changes everything. . . .Beautifully written and accessible fantasy for fans of Tamora Pierce, Rachel Hartman, and Laini Taylor.
In this romantic and evocative fantasy, Najwa is a jinni, training to be a spy in the war against the humans. Zayele is a human on her way to marry a prince of Baghdad—which she’ll do anything to avoid. So she captures Najwa and makes a wish. With a rush of smoke and fire, they fall apart and re-form—as each other. A jinni and a human, trading lives. Both girls must play their parts among enemies who would kill them if the deception were ever discovered—enemies including the young men Najwa and Zayele are just discovering they might love.
To learn more about this book and see our review, go HERE. THE BLIND WISH (THE JINNI WARS #2)
Two sisters. A war. And the wish to end regret. . . . The magical, evocative follow-up to The Fire Wish.

The war: The lies that started the conflict are in the open now, but the war between the humans and the jinn is as bitter as ever—and becoming far more treacherous.

The sisters: Najwa and Zayele have just learned they’re half-jinni, half-human twins. Najwa is now the jinni representative at the human palace, working to bring peace. But her new role comes at a price—she’s no longer allowed alone with her cherished Prince Kamal. And as Zayele adjusts to life among the jinn, she discovers that she’s a magus, one of the most powerful jinn in the Cavern. Suddenly, she’s thrown into special training, and the strongest young men in the army are competing to be paired up with her.

The wish: Once again, Zayele makes a wish. A wish that she doesn’t think can possibly go wrong. A wish that neither sister could imagine would change the outcome of the war.
To learn more about this book and see our review, go HERE.

AMBER LOUGH is the author of The Fire Wish and The Blind Wish. She is a lover of foreign words and cultures, nearly forgotten folktales, and groups of three. She spent much of her childhood in Japan and Bahrain. Later, she returned to the Middle East as an Air Force intelligence officer to spend eight months in Baghdad, where the ancient sands still echo the voices lost to wind and time. She lives in Germany with her scientist husband and two impish children. For a pronunciation guide, a cast of characters, and more, please visit www.amberlough.com.

What do you think about the excerpt?

You are here: Exclusive Sneak Peek at the Jinni Wars Series by Amber Lough + Giveaway (International)