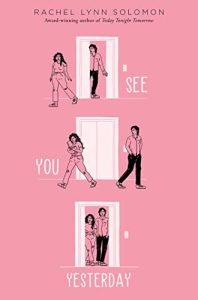 From the author of Today Tonight Tomorrow comes a magical romance in the vein of Groundhog Day about a girl forced to relive her disastrous first day of college—only to discover that her nemesis is stuck in the time loop with her.

Barrett Bloom is hoping college will be a fresh start after a messy high school experience. But when school begins on September 21st, everything goes wrong. She’s humiliated by the know-it-all in her physics class, she botches her interview for the college paper, and at a party that night, she accidentally sets a frat on fire. She panics and flees, and when she realizes her roommate locked her out of their dorm, she falls asleep in the common room.

The next morning, Barrett’s perplexed to find herself back in her dorm room bed, no longer smelling of ashes and crushed dreams. It’s September 21st. Again. And after a confrontation with Miles, the guy from Physics 101, she learns she’s not alone—he’s been trapped for months.

When her attempts to fix her timeline fail, she agrees to work with Miles to find a way out. Soon they’re exploring the mysterious underbelly of the university and going on wild, romantic adventures. As they start falling for each other, they face the universe’s biggest unanswered question yet: what happens to their relationship if they finally make it to tomorrow? 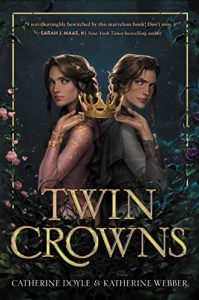 A high-stakes fantasy rom-com about twin princesses separated at birth—one raised as the crown princess, and the other taken as an infant and raised to kidnap her sister, steal the crown, and avenge the parents’ murders—the first novel in a new YA duology from bestselling UK authors Catherine Doyle and Katherine Webber. Perfect for fans of The Selection,My Lady Jane, and Caraval.

Wren Greenrock has always known that one day she would steal her sister’s place in the palace. Trained from birth to return to the place of her parents’ murder and usurp the only survivor, she will do anything to rise to power and protect the community of witches she loves. Or she would, if only a certain palace guard wasn’t quite so distractingly attractive, and if her reckless magic didn’t have a habit of causing trouble…

Princess Rose Valhart knows that with power comes responsibility. Marriage into a brutal kingdom awaits, and she will not let a small matter like waking up in the middle of the desert in the company of an extremely impertinent (and handsome) kidnapper get in the way of her royal duty. But life outside the palace walls is wilder and more beautiful than she ever imagined, and the witches she has long feared might turn out to be the family she never knew she was missing.

Two sisters separated at birth and raised into entirely different worlds are about to get to know each other’s lives a whole lot better. But as coronation day looms closer and they each strive to claim their birthright, the sinister Kingsbreath, Willem Rathborne, becomes increasingly determined that neither will succeed. Who will ultimately rise to power and wear the crown?

How to Live Without You (Sarah Everett) 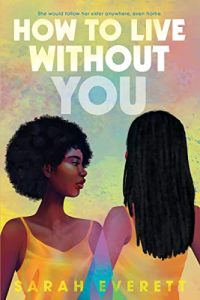 In this heart-wrenching coming-of-age story about family, grief, and second chances, seventeen-year-old Emmy returns home for the summer to uncover the truth behind her sister Rose’s disappearance—only to learn that Rose had many secrets, ones that have Emmy questioning herself and the sister Emmy thought she knew.

When her sister Rose disappeared, seventeen-year-old Emmy lost a part of herself. Everyone else seems convinced she ran away and will reappear when she’s ready, but Emmy isn’t so sure. That doesn’t make sense for the Rose she knew: effervescent, caring, and strong-willed. So Emmy returns to their Ohio hometown for a summer, determined to uncover clues that can lead her back to Rose once and for all.

But what Emmy finds is a string of secrets and lies that she never thought possible, casting the person she thought she knew best in a whole new light. Reeling with confusion, Emmy decides to step into Rose’s life. She reconnects with their childhood best friend and follows in Rose’s last known footsteps with heart-wrenching consequences.

An honest and intimate look at sisterhood and the dark side of growing up, Sarah Everett’s latest novel is a stunning portrayal of how you can never truly know the ones you love. 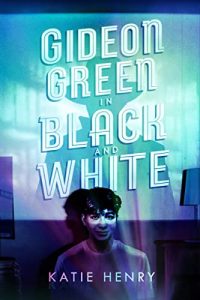 Truly Devious meets Turtles All the Way Down in critically acclaimed author Katie Henry’s YA contemporary comedic mystery, a hilarious send-up of the hardboiled detective genre that spotlights family, friendship, and love.

Gideon’s short-lived run as a locally famous boy detective ended when middle school started, and everyone else—including his best friend, Lily—moved on while Gideon kept holding on to his trench coat, fedora, and his treasured film noir collection. Now he’s sixteen and officially retired. That is, until Lily shows up suddenly at Gideon’s door, needing his help.

He might be mad at her for cutting him off with no explanation, but Gideon can’t turn down a case. As a cover, Gideon joins Lily on the school paper. Surprisingly, he finds himself warming up to the welcoming, close-knit staff . . . especially Tess, the cute, witty editor-in-chief.

But as the case gets bigger than Gideon or Lily could have anticipated, Gideon must balance his black-and-white quest for the truth with the full colors of real life—or risk a permanent fade to black.

Melt with You (Jennifer Dugan) 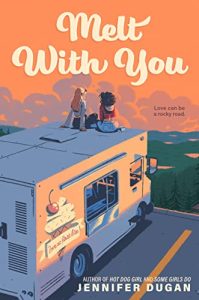 From the author of Some Girls Do and Hot Dog Girl comes a sweet and salty queer YA rom-com about two girls on a summer road trip in an ice cream truck.

Fallon and Chloe used to be best friends. But last summer, the girls hooked up right before Chloe left for college, and after a series of misunderstandings, they aren’t even speaking to one another. Now, a year later, Chloe’s back home from school, and Fallon is doing everything in her power to avoid her. Which is especially difficult because their moms own a business together—a gourmet ice cream truck where both girls work.

But when their moms have the opportunity to make a presentation to some venture capitalists in Texas—something that could seriously expand their business and solve all their money problems to boot—it’s up to Fallon to work a series of food truck festivals across the country. But she can’t do it alone, and Chloe is the only one available to help. As tensions heat up again between the two girls, will Fallon be able to keep her cool? 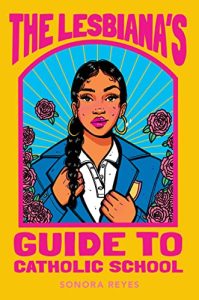 A sharply funny and moving debut novel about a queer Mexican American girl navigating Catholic school, while falling in love and learning to celebrate her true self. Perfect for fans of Erika L. Sánchez, Leah Johnson, and Gabby Rivera.

Sixteen-year-old Yamilet Flores prefers to be known for her killer eyeliner, not for being one of the only Mexican kids at her new, mostly white, very rich Catholic school. But at least here no one knows she’s gay, and Yami intends to keep it that way.

After being outed by her crush and ex-best friend before transferring to Slayton Catholic, Yami has new priorities: keep her brother out of trouble, make her mom proud, and, most importantly, don’t fall in love. Granted, she’s never been great at any of those things, but that’s a problem for Future Yami.

The thing is, it’s hard to fake being straight when Bo, the only openly queer girl at school, is so annoyingly perfect. And smart. And talented. And cute. So cute. Either way, Yami isn’t going to make the same mistake again. If word got back to her mom, she could face a lot worse than rejection. So she’ll have to start asking, WWSGD: What would a straight girl do?

Told in a captivating voice that is by turns hilarious, vulnerable, and searingly honest, The Lesbiana’s Guide to Catholic School explores the joys and heartaches of living your full truth out loud.

Once Upon a K-Prom (Kat Cho) 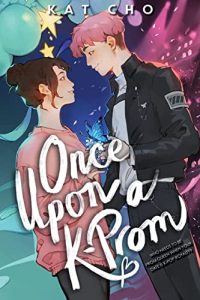 What would you do if the world’s biggest K-pop star asked you to prom? Perfect for fans of Jenny Han and Sandhya Menon, this hilarious and heartfelt novel brings the glamour and drama of the K-pop world straight to high school.

Elena Soo has always felt overshadowed. Whether by her more successful older sisters, her more popular twin brother, or her more outgoing best friend, everyone except Elena seems to know exactly who they are and what they want. But she is certain about one thing – she has no interest in going to prom. While the rest of the school is giddy over corsages and dresses, Elena would rather spend her time working to save the local community center, the one place that’s always made her feel like she belonged.

So when international K-pop superstar Robbie Choi shows up at her house to ask her to prom, Elena is more confused than ever. Because the one person who always accepted Elena as she is? Her childhood best friend, Robbie Choi. And the one thing she maybe, possibly, secretly wants more than anything? For the two of them to keep the promise they made each other as kids: to go to prom together. But that was seven years ago, and with this new K-pop persona, pink hair, and stylish clothes, Robbie is nothing like the sweet, goofy boy she remembers. The boy she shared all her secrets with. The boy she used to love.

Besides, prom with a guy who comes with hordes of screaming fans, online haters, and relentless paparazzi is the last thing Elena wants – even if she can’t stop thinking about Robbie’s smile…right?