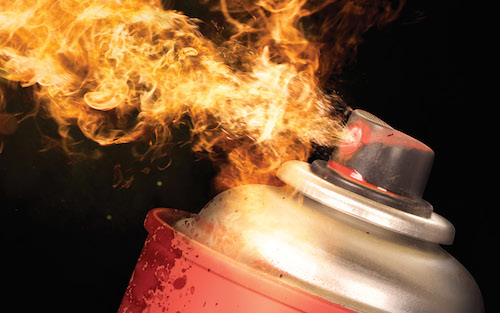 Today we’re super excited to celebrate the cover reveal for STRIKE by Delilah S. Dawson, releasing March 2016 from Simon Pulse. Before we get to the cover, here’s a note from Delilah:

If you’ve seen the HIT cover, you know that it’s utterly unique and hard to follow. That’s why I dig the cover for STRIKE. It’s as in-your-face and take-no-prisoners as the book. If you’ve ever wondered how your favorite tunic-and-test-filled dystopias came to be, this series is for you. The premise is one step away from our reality: What would happen if a bank took over America and sent teens out as bounty hunters against people with credit card debt? STRIKE takes the fight to an even more explosive level.
~ Delilah S. Dawson (STRIKE, Simon Pulse) 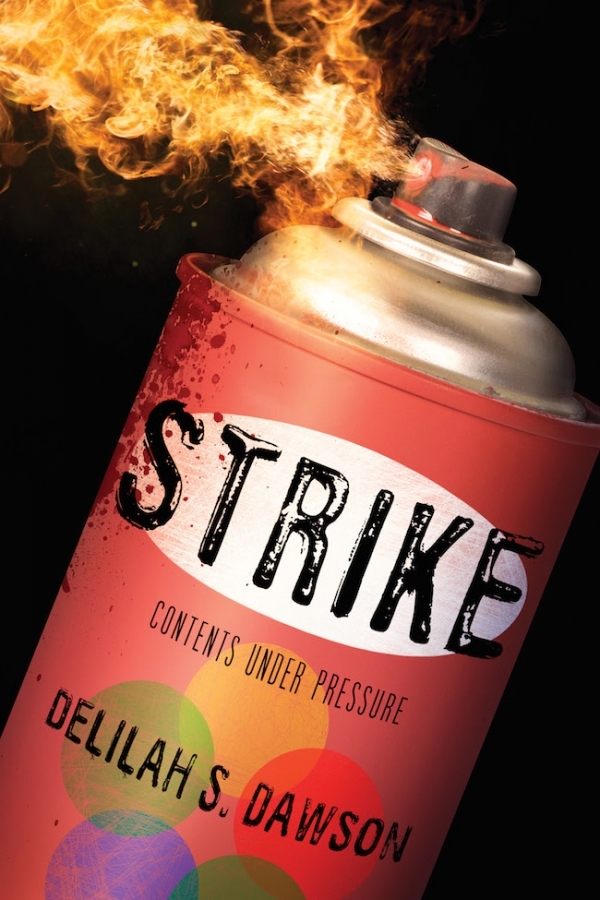 *** If you choose to share this image elsewhere, please include a courtesy link back to this page so others can enter Delilah’s giveaway. Thank you! ***

The pulse-pounding sequel to HIT!

Patsy Klein is on the run. With her boyfriend, her dog, and two laptops snatched from a secret agent’s burning trailer, she has nowhere left to go. Except to a meeting of the Citizens for Freedom, the group that claims to be striking back at the new Valor government that turned Patsy into an assassin. But Patsy soon learns that the CFF aren’t necessarily the good guys they claim to be, and now she’s fighting the war she was trying to escape–from the other side. As she loses everything she held dear before Valor Savings Bank took over, Patsy trades yarn bombing for anti-government graffiti. Things only get more complicated when a mysterious figure from her past shows up. As pressures mount and the people Patsy cares about start to suffer, the violence escalates to terrifying new levels.

To learn more about the series and read an excerpt of HIT, visit www.hitbookseries.com. 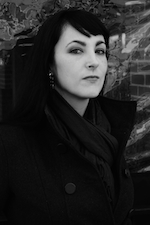 Delilah S. Dawson is the author of Hit, Servants of the Storm, and the Blud series. Her next book is Wake of Vultures, written as Lila Bowen. She’s a geek who loves cupcakes and lives in the north Georgia mountains with her family, a floppy mutt named Merle, and a spotted pony named Polly.

One winner will receive a copy of HIT (when available) and a signed bookplate.

You are here: It’s live!! Cover Reveal: Strike by Delilah S. Dawson + Giveaway (US Only)