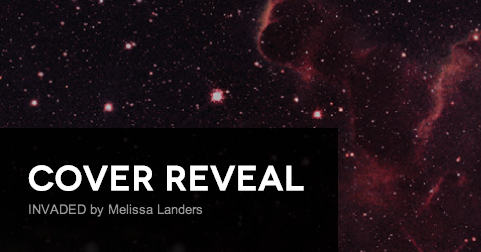 Welcome to a new cover reveal on YABC!

Today we’re celebrating the cover for INVADED by Melissa Landers releasing February 3, 2015 from Disney Hyperion, the sequel to ALIENATED. Before we get to the cover, here’s a message from Melissa:

Hey, YABC readers!
It’s hard to believe, but even though ALIENATED released two short weeks ago, the time has come to share the cover for the next book in the series, which is called INVADED. In the sequel, Cara travels to L’eihr while Aelyx returns to Earth to mend the alliance, and I think the cover designer did a great job of showing their role reversals. You’ll also notice this image has a slightly darker feel to it, which reflects the challenges that lie ahead for our star-crossed lovers.
Can’t wait to hear what you think, so give me your honest opinions!
Melissa Landers (INVADED, Disney Hyperion) 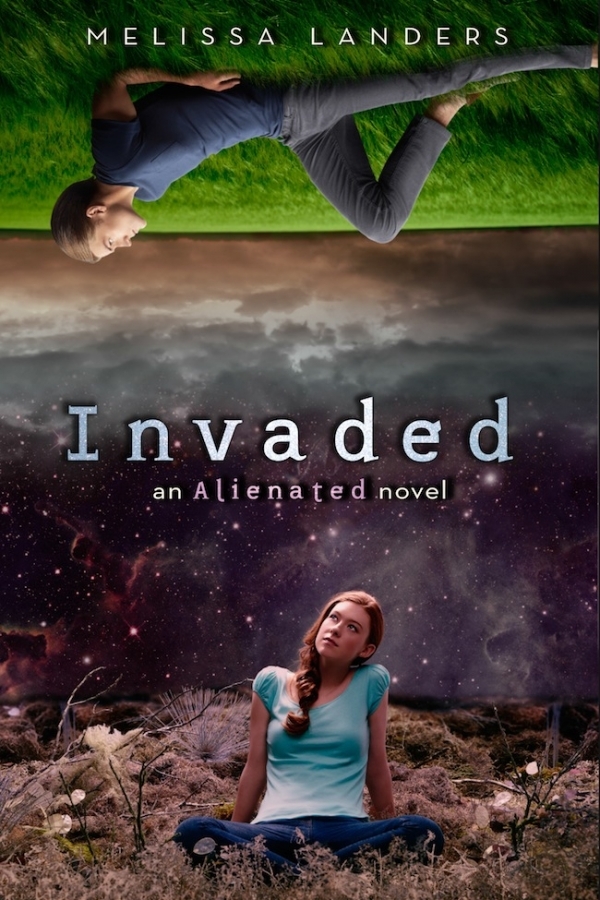 *** If you choose to share this image elsewhere, please include a courtesy link back to this page so others can enter Melissa’s giveaway. Thank you! ***

**Author’s note: This back-cover content contains spoilers for ALIENATED, the first book in the series. If you don’t want to be spoiled, keep scrolling!**
Cara always knew life on planet L’eihr would be an adjustment. With Aelyx, her L’eihr boyfriend, back on Earth, working to mend the broken alliance between their two planets, Cara is left to fend for herself at a new school, surrounded by hostile alien clones. Even the weird dorm pet hates her.
Things look up when Cara is appointed as human representative to a panel preparing for a human colony on L’eihr. A society melding their two cultures is a place where Cara and Aelyx could one day make a life together. But with L’eihr leaders balking at granting even the most basic freedoms, Cara begins to wonder if she could ever be happy on this planet, even with Aelyx by her side.
Meanwhile, on Earth, Aelyx, finds himself thrown into a full-scale PR campaign to improve human-L’eihr relations. Humans don’t know that their very survival depends on this alliance: only Aelyx’s people have the technology to fix the deadly contamination in the global water supply that human governments are hiding. Yet despite their upper hand, the leaders of his world suddenly seem desperate to get humans on their side, and hardly bat an eye at extremists’ multiple attempts on Aelyx’s life.
The Way clearly needs humans’ help . . . but with what? And what will they ask for in return? 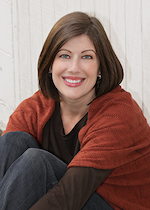 Melissa Landers is a former teacher who left the classroom to pursue other worlds. A proud sci-fi geek, she isn’t afraid to wear her Princess Leia costume in public—just ask her husband and three kids. She lives outside Cincinnati in the small town of Loveland, “Sweetheart of Ohio.” For more information or just to say hello, visit melissa-landers.com.