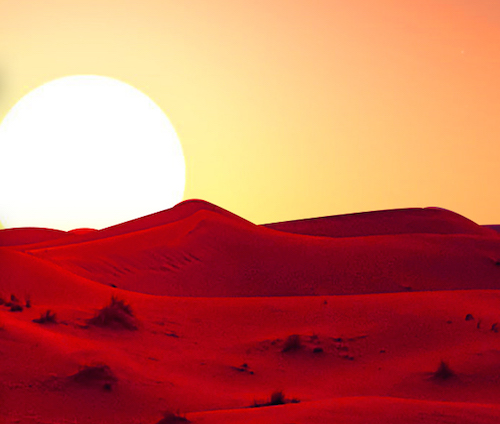 Today we’re super excited to celebrate the cover reveal for BEYOND THE RED by Ava Jae, releasing March 2016 from Sky Pony Press. Before we get to the cover, here’s a note from Ava:

Hi YABCers! I’m so psyched to be here sharing the cover for my debut YA Sci-Fi BEYOND THE RED with you guys!
Waiting to see what your cover will look like is half terrifying and half exciting, but I’m delighted with the result—it’s pretty amazing how close it is to the way I imagined it when we first came up with the title. I’m so grateful to the team over at Sky Pony for giving me such a beautifully colorful cover (seriously—I can’t get over those colors!). It makes me want to dye my hair to match, and I could stare at it all day. Actually I sort of do—it’s on my phone’s background. 😀
I hope you guys love it as much as I do!
~ Ava Jae (BEYOND THE RED, Sky Pony Press) 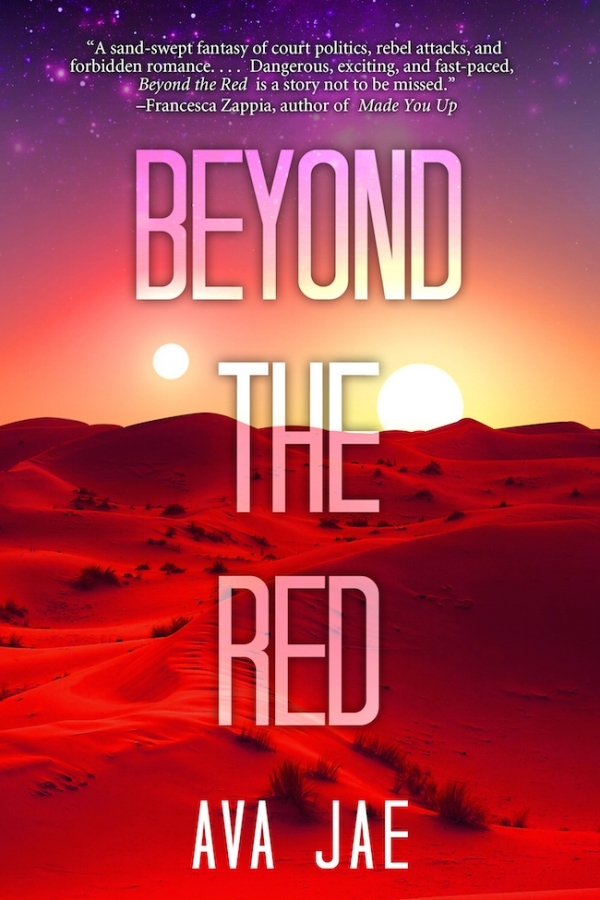 *** If you choose to share this image elsewhere, please include a courtesy link back to this page so others can enter Ava’s giveaway. Thank you! ***

by Ava Jae
Release date: March 2016
Publisher: Sky Pony Press
ISBN: 9781634506441
About the Book
Alien queen Kora has a problem as vast as the endless crimson deserts. She’s the first female ruler of her territory in generations, but her people are rioting and call for her violent younger twin brother to take the throne. Despite assassination attempts, a mounting uprising of nomadic human rebels, and pressure to find a mate to help her rule, she’s determined to protect her people from her brother’s would-be tyrannical rule.
Eros is a rebel soldier hated by aliens and human alike for being a half-blood. Yet that doesn’t stop him from defending his people, at least until Kora’s soldiers raze his camp and take him captive. He’s given an ultimatum: be an enslaved bodyguard to Kora, or be executed for his true identity—a secret kept even from him.
When Kora and Eros are framed for the attempted assassination of her betrothed, they flee. Their only chance of survival is to turn themselves in to the high court, where revealing Eros’s secret could mean a swift public execution. But when they uncover a violent plot to end the human insurgency, they must find a way to work together to prevent genocide.
To learn more about this book and see our review, go HERE. Ava is a YA and NA writer, an Assistant Editor at Entangled Publishing, and is represented by Louise Fury of The Bent Agency. Her YA Sci-Fi debut, BEYOND THE RED, is releasing March 2016 from Sky Pony Press. When she’s not writing about kissing, superpowers, explosions, and aliens, you can find her with her nose buried in a book, nerding out over the latest X-Men news, or hanging out on her social media sites.

One winner will receive a signed ARC of BEYOND THE RED (when available) + a signed bookmark.

You are here: It’s live!! Cover Reveal: Beyond the Red by Ava Jae + Giveaway (US Only)