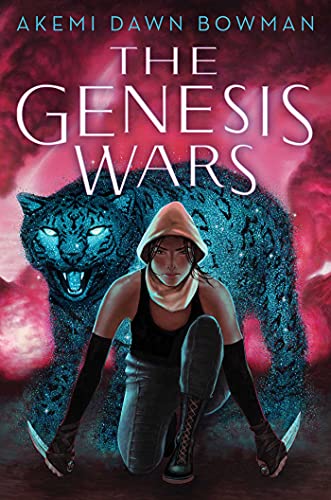 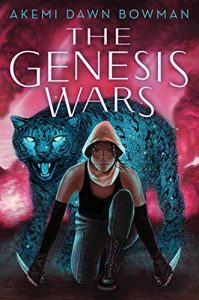 Black Mirror meets Marie Lu’s Warcross in Nami’s continuing adventures as she fights to free her friends in this high-stakes sequel to The Infinity Courts by award-winning author Akemi Dawn Bowman.

It’s been ten months since Nami narrowly escaped the Four Courts and Ophelia’s wrath. Ten months since she was betrayed by someone she once considered a friend. Someone she poured her heart out to. And now her family here in the afterlife are gone, captured, and Nami is utterly alone.

On the run, only steps ahead of the AI forces pursuing her, and desperate to free her friends, Nami must take the allies she can find, even if she doesn’t fully trust them. And as she tests the limits of her own power, she must also reckon with the responsibility that entails.

Stakes are high as Nami navigates old enemies, unexpected allies, and an ever-changing landscape filled with dangers and twists at every turn. Along the way, she’ll learn powerful truths about who she can trust and the sacrifices that must be made in order to fight for a better, freer world for all.

THE GENESIS WARS is an intriguing sequel in an imaginative YA fantasy series. Nami is still in the afterlife, which is controlled by Ophelia (think Siri). Humans do not have a desirable role there, and after the failure of the rebellion to stop Ophelia, Nami has been on the run hoping to gather aid from the remaining free humans to rescue the rest of her team. Struggling with feelings of guilt, betrayal, and an intense desire to protect those she loves, Nami is willing to delve deeper into Infinity and the world Ophelia has made out of her hatred for humanity.

While the first book primarily took place in the court of Victory, Nami now travels into the court of War, finding something different and new dangers lurking. While she is still reeling from Caelan’s betrayal and her understanding of Infinity, she has a purpose from which she will not be deterred. As she journeys further into Infinity, humanity’s afterlife hangs in the balance.

What I loved: I am still reeling from that ending. The final quarter of the book was absolutely explosive with all sorts of new revelations, shocking reveals, and unexpected events – this was thrilling, shocking, and sure to leave readers begging for more. Nami’s journey of self-discovery is continuing as she tests her limits and those of the people around her. Although she is reluctant to trust again, she feels pulled between her head and her heart. This internal debate drives her character as she tries to decide how to forge a path forward.

Humanity is imperfect, and these imperfections have carried into their afterlife. As Nami meets more characters and learns of their own failures, she is painting the possibilities of what the future could hold and considering them critically. This flipping of morality and seeing the gray areas is a thought-provoking theme, as well as the reliance of humanity on technology, the power of such connections, trust, loyalty, honesty/secrets, and the choices we make.

The world-building in this book expands on the first, and it was fascinating to see other courts and view more of this afterlife. The characters are also growing, and new secondary characters added to the world and keep readers invested. The romance was a small part of the story, but one that is really strong. This is a series that is tough to put down!

What left me wanting more: The beginning of the book is slow to get moving with Nami focused on training and trying to recruit the borderlands to her cause without any success. Once she moves on, the book really picks up, and the last half was action-packed, thrilling, and absolutely captivating. The first half or so just felt like filler.

Final verdict: With intriguing themes and great character development, THE GENESIS WARS is an explosive sequel in a fantastic series. Readers will be left reeling and eagerly awaiting the next installment! Highly recommend picking up this YA series, especially for fans of THE KINGDOM, GEARBREAKERS, and WARCROSS.

The Lodge that Beaver Built
The Circles in the Sky
Long Goes to Dragon School
This Cursed Crown (These Feathered Flames, #2)
So Much Snow
The Best Gift for Bear
Warriors: A Starless Clan #2: Sky
Underground Fire: Hope, Sacrifice, and Courage in the Cherry Mine Disaster
Swift and Hawk: Cyberspies
PAWS: Mindy Makes Some Space
The In-Between
The Secret of the Legendary Tribe
Normal
SPIKED!
The Roan Stallion, Book 2 of Legend of Big Heart
Throwback
Border Rats
A Sweet New Year for Ren
The Zee Files: Girl / Friend
What About: The Universe
Pop-Up Topics: Dinosaurs and Other Prehistoric Creatures
Billy Buckhorn and the Book of Spells
Dog Squad 2: Cat Crew
Mia in the Mix (Cupcake Diaries: The Graphic Novel 2)
We Were the Fire: Birmingham 1963
Tumble
Fire, Ice, Acid & Heart- A Fae Tale from the Veil
Tied to You
Norton and the Bear
The Poison Season