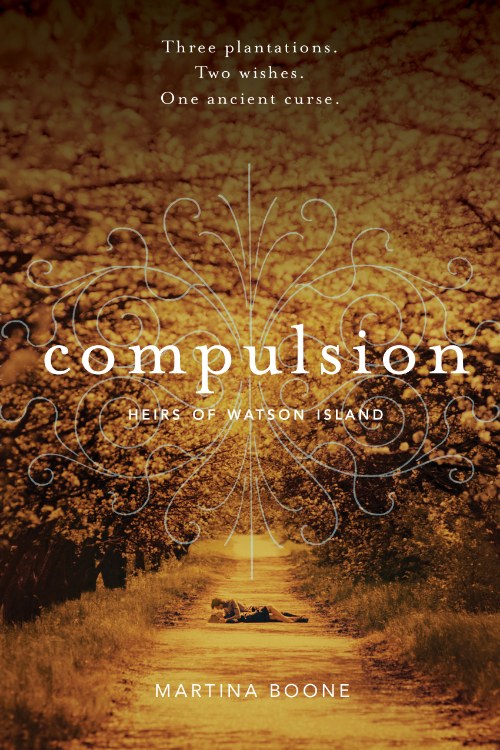 All her life, Barrie Watson has been a virtual prisoner in the house where she lives with her shut-in mother. When her mother dies, Barrie promises to put some mileage on her stiletto heels. But she finds a new kind of prison at her aunt’s South Carolina plantation instead–a prison guarded by an ancient spirit who long ago cursed one of the three founding families of Watson Island and gave the others magical gifts that became compulsions.

Stuck with the ghosts of a generations-old feud and hunted by forces she cannot see, Barrie must find a way to break free of the family legacy. With the help of sun-kissed Eight Beaufort, who knows what Barrie wants before she knows herself, the last Watson heir starts to unravel her family’s twisted secrets. What she finds is dangerous: a love she never expected, a river that turns to fire at midnight, a gorgeous cousin who isn’t what she seems, and very real enemies who want both Eight and Barrie dead. 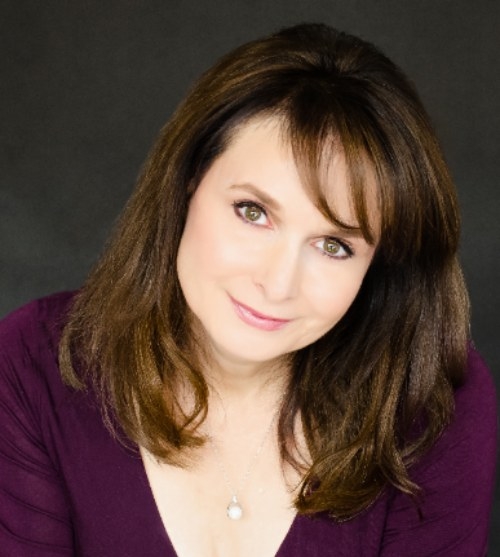 Martina Boone was born in Prague and spoke several languages before learning English. She fell in love with words and never stopped delighting in them. She’s the author of SIBA Book Award nominated Compulsion, book one in the romantic Southern Gothic trilogy, the Heirs of Watson Island, which was a Fall ’14 Okra Pick by the Southern Independent Bookstores Alliance, a Goodreads Best Book of the Month and YA Best Book of the Month, and an RT Magazine Best of 2014 Editor’s Pick. The second book in the trilogy, Persuasion, will be published in October 2015.


She’s also the founder of AdventuresInYAPublishing.com, a Writer’s Digest 101 Best Websites for Writers site, and YASeriesInsiders.com, a site devoted to the discovery and celebration of young adult literature and encouraging literacy through YA series.


From her home in Virginia, where she lives with her husband, children, a lopsided cat, and Auggie the wonder dog, she enjoys writing contemporary fantasy set in the kinds of magical places she’d love to visit. When she isn’t writing, she’s addicted to travel, horses, skiing, chocolate flavored tea, and anything with Nutella on it.

Writers seem to fall into two categories when it comes to music and writing. Some can listen to songs that inspire them as they write, but for me, hearing someone else’s words interferes with getting my own words on the page. I do listen to music before I write to help set a mood or help me process an idea.

I’ve put all the 24 songs that remind me of different aspects of &nbsp;COMPULSION into a YouTube playlist, which is embedded at the bottom of this post, but you can also listen to a few of the important ones below.

The first song, “Truly Brave,” is the mashup between Cyndi Lauper’s “True Colors” and Sara Bareilles’ “Brave” was released to raise awareness (and donations) for pediatric cancer long after I finished COMPULSION, but for me, it has become an anthem for Barrie and for every girl or person who needs to find her voice, her confidence, her strength–her brave. Even today, girls are too often dismissed or marginalized.

Having been sheltered all her life, Barrie starts off the book both determined to have a voice and scared that if she follows her heart and instincts, other people will love her less. It takes courage to believe your opinion and your voice counts. You’re not always going to be right, but you always deserve to be heard.

Sam Smith’s cover of Whitney Houston’s “How Will I Know” is perfect for Barrie’s relationship with Eight Beaufort (Charles Beaufort, VIII). Since her mother’s death, Barrie’s gift is starting to expand a bit beyond her usual compulsion to find lost things. The gift draws Barrie to Eight, but she doesn’t understand why. At the same time, Eight’s gift for knowing what people want makes it easy for him to connect with her. She can’t help wondering how much of that is a true connection and how much is a manipulation?

There are references to Carolina “beach music” throughout COMPULSION. It’s music that Barrie knows because her mother ran off with the bad boy across the river and spent her whole life regretting that choice and listening to the songs that reminded her of what she’d left behind.

Since at the turn of the 18th century, thirty to fifty percent of the slaves forced to work the lowcountry rice plantations of the Carolinas were Native American, the folk magic, healing knowledge, and mystical traditional practiced by the descendants of the plantation slaves is a blend of African, West Indian, Native American, and European beliefs. This is touched on lightly in COMPULSION and explored more deeply in the next two books, and I’ve been lucky to have an archeologist and professor of anthropology work with me on the research involved.

One of the songs I listened to most often as I was writing COMPULSION was the rastafarian version of “By the Rivers of Babylon,” sung by The Melodians, which is a beautiful song about exile and despair based on Psalm 137.

The Fire Carrier and the yunwi, the little people, are both from Cherokee mythology, so one of the songs I listened to as I tried to construct Barrie’s mystical connection to the land and to Watson’s Landing was the beautiful Cherokee “Morning Song.”

Songs like “You Raise Me Up,” and Bruno Mars’ “Just the Way You Are” remind me of the way Barrie and Eight make each other “more,” which explains the friendship and growing potential between them.

And the gorgeous Cherokee version of “Amazing Grace” is for Mark. Because.

You can listen to all 24 songs in the playlist here:

One winner will receive a $25 iTunes Gift Card and a “I have a compulsion for reading” tote bag. US & Canada only.

During each giveaway, we ask entrants a question pertaining to the book. Here is the question tyou’ll be answering in the comments below for extra entries: What is the Watson gift? (Find the answer here)

41 thoughts on “Playlist for Compulsion by Martina Boone + iTunes Gift Card Giveaway! (US & CAN)”

You are here: Playlist for Compulsion by Martina Boone + iTunes Gift Card Giveaway! (US & CAN)