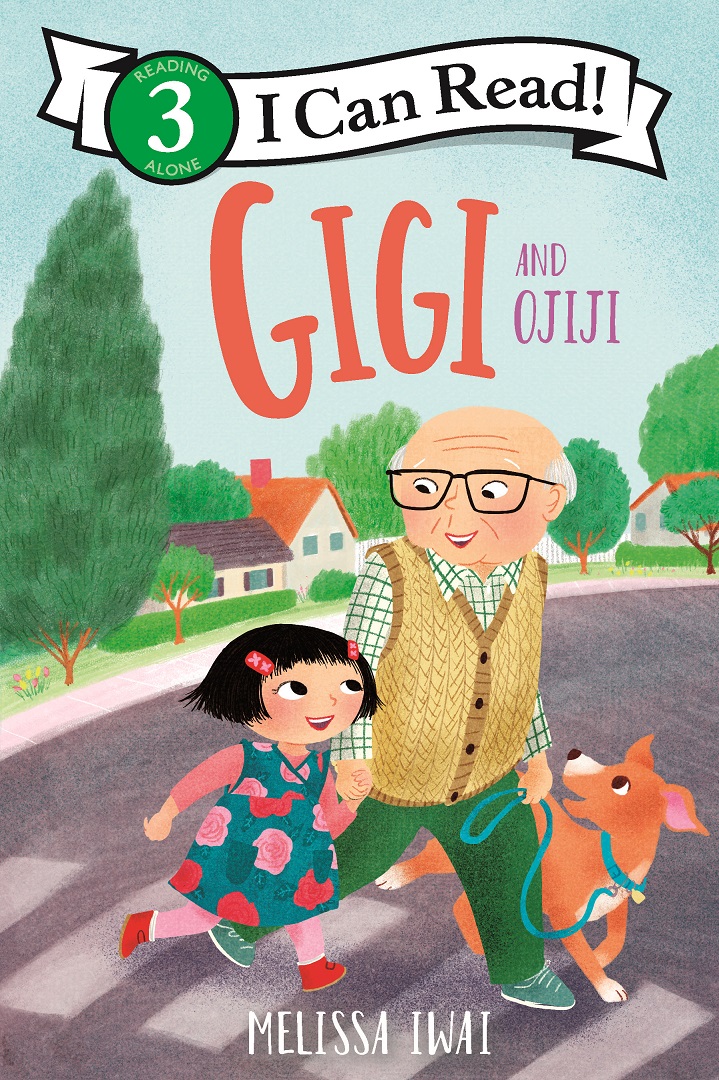 Today we are chatting with Melissa Iwai, author of Gigi and Ojiji 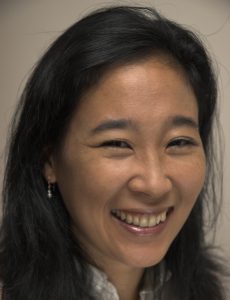 Melissa Iwaiis a children’s book author and illustrator who incorporates both traditional and digital media into her art. Her picture books include Dumplings for Lili, The Stray and the Strangers, I’ll Hug You More, My Snow Globe, Let’s Go to the Hardware Store, Truck Stop, Soup Day series, Night Shift Daddy, Thirty Minutes Over Oregon, and many more. When she’s not working, Melissa loves to cook and develop her own recipes. She lives in Brooklyn with her husband and son.

About the Book: Gigi and Ojiji 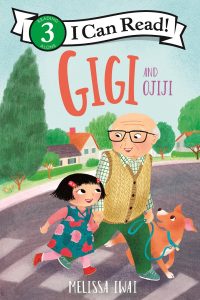 Gigi can’t wait for her Ojiji – Japanese grandpa – to move in. Gigi plans lots of things to do with him like playing tag, reading books and teaching Roscoe, the family dog, new tricks. But her plans don’t work out quite the way she’d hoped. And her grandpa doesn’t seem to like Roscoe. Will Gigi find a way to connect with her Ojiji?

This Level Three I Can Read book is geared for kids who read on their own but still need a little help. The story contains several Japanese words, and a glossary of definitions and pronunciations.

When I was around three or four years old, my grandfather from Hawaii came to stay with my family in California for a time. We called him Ojiji (‘grandpa’ in Japanese). Ojiji was originally from Japan. He immigrated to Hawaii at the turn of the century and started a family in Honolulu. Even though Ojiji had lived in this country for many years by the time he came to stay with us, he barely spoke English. My brother and I didn’t know Japanese at all because we never heard it spoken at home. My parents grew up during WWII so they weren’t allowed to speak or learn Japanese during their childhood, so they barely spoke the language as well. My family communicated with Ojiji with a mix of English, Japanese and Hawaiian pidgin. It is my earliest memory of the challenge of bridging language and cultural differences, and it brought me to write the stories of the Gigi and Ojiji series.

Gigi, the main character, is my favorite. Although she’s inspired by my six-year-old self, she is a completely different person. Gigi is biracial – her mom is Japanese and her father is White. She has big emotions and is much more expressive that I was at that age. She doesn’t hold back on saying what she’s thinking and feeling.

That would probably be learning to shut down the critical voice in my head during the beginning of a project. It is something that’s been incredibly helpful to how I approach any creative pursuit, whether it’s writing or painting. I focus on the process rather than the final product during my first draft. This involves not listening to that critical voice and letting go of the anxiety of needing to create something ‘great’. I’m always fighting my tendency to self-edit and judge while I work. I need to remember that there’s time for play, experimentation and exploration, and there is time for editing and constructive criticism. What’s important is to not to mix up the order. In the past, I would often get fixated on details too early and the whole endeavor would feel like a slog. I would set the story aside and never revisit it because I didn’t enjoy the process. Now, I just try to make the experience enjoyable by letting go of expectation and attachment to a specific result.

I am currently writing the fourth Gigi and Ojiji story and finishing the illustrations for the second and third stories in the series. I really hope I will have the opportunity to continue adding to the collection with more adventures of Gigi and Ojiji after that, as I have many more ideas!

The scene in which Gigi breaks down in tears of frustration and disappointment. I knew what Gigi was thinking and feeling, but it was a challenge to keep within the parameters of an I Can Read Level 3 book. Capturing her angst as well as explaining how she could have misinterpreted Ojiji’s actions in this format was not easy!

YABC:  What is the main message or lesson you would like your reader to remember from this book?

Having empathy and being open to differences is so important. I hope Gigi and Ojiji can give kids some understanding about Japanese culture and language. I hope that kids who come from that background feel seen. And I hope that all readers will see how we all have the same feelings, regardless of cultural differences.

I have the extraordinary ability to choose the perfect crunchy, salty, and sweet snacks for a party.

YABC: What advice do you have for new writers:

Read as much as you can in the genre you are interested in writing for. Also, as I mentioned before, when you are beginning to develop your idea, try to leave the self-critique and judgement at the door and have fun creating. Try to let go of the thinking that the end-product ‘has to be fantastic’. Try to enjoy the process for what it is.

YABC:  Is there anything else that you would like to add?

I first got the idea for Gigi and Ojiji years ago, and I attempted to write different versions of it multiple times. I tried it as a chapter book, and I even began writing it as a middle grade novel with an older Gigi, which I never finished. Looking back, I am so glad it worked out as it did. The I Can Read format allowed me to see the story in a new way. Also, because I revisited it years later after writing and publishing other books, I had become far more comfortable with the process of writing and revision.

Tags: and a giveaway! Meet, Author Chat, author of Anna Hibiscus Read on for more about her, GIGI AND OJIJI, giveaway, Harper Collins Childrens Books, her book, Melissa Iwai, Today we are chatting with Atinuke

2 thoughts on “Author Chat with Melissa Iwai (GIGI AND OJIJI), Plus Giveaway! ~ US Only”

You are here: Author Chat with Melissa Iwai (GIGI AND OJIJI), Plus Giveaway! ~ US Only