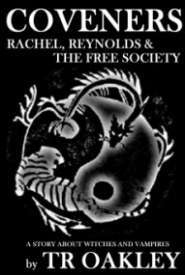 Coveners: Rachel, Reynolds & the Free Society is a humorous, fantasy novel about witches, vampires, & other magical creatures. It begins with the introduction of Reynolds, a klutzy, happy, but otherwise normal, everyday high school senior. While looking forward to his birthday, he undergoes an untimely & powerful Witchclap (a magical event of varying magnitude signifying a witch coming into power), right in the middle of his physics science presentation! Of course!
Reynolds is knocked unconscious & wakes up to find that he is now a member of a huge hidden magical society called Coveners. What the hell’s a Covener? A Covener is the term used by a society of magical people who use that word instead of 'witch' because they’re against the negative connotation of the term ‘witch’. Whot?
Not only is Reynolds yanked from the normal everyday world and dropped into this new world of Coveners (where the most important goal is to make sure that the magical world stays hidden from the non-magical, or ‘non-mag’ world, as Coveners call it) Reynolds falls for an irreverent, sarcastic, and not-at-all normal 17 year old Covener named Rachel, who is singularly the most interesting, complicated & fascinating person Reynolds has ever met. Lucky for Reynolds but unlucky for Rachel, it becomes Rachel's job to ease Reynolds “the glutz”, a geeky klutz, into the overwhelming Coveners’ world.
An excerpt of their meeting:
***
"I fell asleep! Holy crap!" Reynolds said as he looked at his watch, shaking away the cobwebs. "It’s six o’clock! I’m late for dinner! I'm supposed to meet Aunty Julia and Uncle Jonathan."
"Reynolds hurried for the door, and ducked his head to exit the doggie door, but misjudged the height. He bumped his head coming through the doorway. "Owww!" He staggered out into the living room on all fours, dazed and dizzy. Reynolds groaned as he bumped into the corner table and couch to get out.
Everyone looked in the direction of the commotion as the furniture moved on its own. As Reynolds was finally standing up, his dog Murray ran into Reynolds’s butt, pushing Reynolds forward, startling and causing him to jump up into the air. Everyone was shocked as they stared at Reynolds, who just seemed to pop up from behind the couch, like an out-of-control jack-in-the-box. Reynolds was rubbing the back of his head when he noticed that everyone was staring at him. Reynolds’ hair was fanned out around his right ear where he was sleeping against Murray. His head looked like a peacock fanning its tail.
Rachel’s father Jonathan leaned over to Reynolds’s dad, Eric, who was staring at his son, and whispered, “He makes quite an entrance, doesn’t he?”
Eric nodded his head, speechless.
Rachel couldn’t help but stare at Reynolds with her mouth open.
"Rey-nahlds, are you okay?" Reynolds’s mom Sylvia asked in her distinct Boston accent, taking a step in his direction, with a very horrified look on her face.
"I'm fine," Reynolds groaned.
"Oh my God!" Rachel said under her breath, looking at the big, very disheveled kid she figured had to be the kid she was going to have to show around school. Rachel couldn't help but just continue to stare at him as he drunkenly staggered clumsily around the furniture toward them. Rachel couldn’t help but think, Oh my God! Look at this kid’s hair! And there's dried drool on the side of his face!
After a few moments of staring at Reynolds, he finally gained enough composure to focus in on the new arrivals. After a moment, he realized that there was someone he didn't recognize. He focused in on Rachel. He thought, Whoa! Hi, cute girl!
Rachel immediately looked away from his gaze. Oh, freaking hell, No! No, no! No freakin’ way! Now’s your chance, Rae, Run!
***
Although Reynolds and Rachel’s relationship begins horribly, it changes. It gets worse, of course. Unfortunately for them (but fortunately for us), forces at work interfere with their lives and they must deal with it.
Author(s)
TR Oakley
2234 0
0.0
0.0 (0) 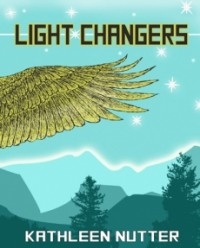 They are scared of the most recent group of teenagers that activated the alerting system; their inner lights are stronger than the ones before. They worry these children will challenge the sanctuary of what is theirs.

In a parallel layer to ours, lies the Commonwealth of Whitby. A place colonized hundreds of years ago by Merriweather Whitby, the Founding Father of the luminescent arts. It is a place of purity without the interference of electricity. Where magic is a normal way of life and the Founders make all the rules.

When fourteen-year-old Gracie Frost sends a lacrosse ball out of her layer, she has no choice but to live in the Commonwealth for her training. She is on their radar and once on their radar, there is no escape. During her stay, Gracie learns to harness her special talent, an ability shared only by the late Merriweather Whitby, himself. The questions are: who can she trust and how will she ever be able to leave? 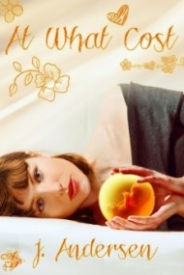 During her junior year, sixteen-year-old Maggie Reynolds expected to shop for prom dresses not maternity clothes. Now, instead of studying for the SATs, she’s reading, What to Expect When You’re Expecting. Maggie’s ‘Mother Dearest’ lives in fear that Maggie will somehow taint the family name, so Maggie can’t turn to her for help. Meanwhile, her father is oblivious to anything but his 9-9 job. And her boyfriend, Justin? She’s pretty sure he’ll stay by her side.

While Maggie wrestles with her options, Justin offers a solution: abortion. It would solve all her problems quickly, easily, and effectively. And her parents would never know, which means they won’t throw her out and cut her off like they’d always threatened if she got herself knocked up. But an easy decision becomes difficult when Maggie’s aunt discovers her secret and sets out on a mission to stop the abortion, putting a kink in Maggie’s plan. Now Maggie must decide which choice she can live with: abortion or teenage motherhood. Either way, it’ll be a tough road to travel.
Author(s)
J. Andersen
Publisher Name
Astraea Press
Genre/Type
YA Contemporary
2758 0
2.3
2.8 (1) 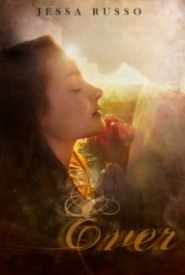 Seventeen-year-old Ever’s love life has been on hold for the past two years. She’s secretly in love with her best friend Frankie, and he’s completely oblivious.

Of course, it doesn't help that he’s dead, and waking up to his ghost every day has made moving on nearly impossible.

Frustrated and desperate for something real, Ever finds herself falling for her hot new neighbor Toby. His relaxed confidence is irresistible, and not just Ever knows it. But falling for Toby comes with a price that throws Ever’s life into a whirlwind of chaos and drama. More than hearts are on the line, and more than Ever will suffer.

Some girls lose their hearts to love.

Some girls lose their minds. 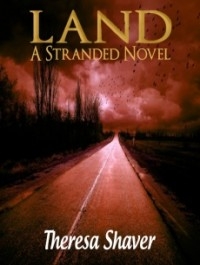 Five go by Land - Five go by Sea
A group of teens on a class trip to Disneyland are left stranded. An EMP over North America has destroyed everything electronic. No cars, no planes, no phones, no electricity. Refusing to wait for someone else to help them, ten courageous young people take charge of their future and choose to begin the long journey home. 1500 miles of adventure and lawless country await. Will their determination be enough?

Alex, Quinn, Josh, Cooper and Dara - setting out on foot with nothing more than some soon to be worthless cash and a little advice from a trusted teacher, they walk through a burning city that has come to a halt. The devastation they see as they make their way out of the city is a small part of the horror that the nation will become. As the days go by with no food deliveries and no water flowing from taps, civilization will start to crumble and it will be survival of the fittest. With five States and half a Province to cross they will need to plan well, count on each other and pray for a little luck. Even with that, chances are slim of getting home when you are Stranded.
Author(s)
Theresa Shaver
Genre/Type
Action-adventure/Science Fiction