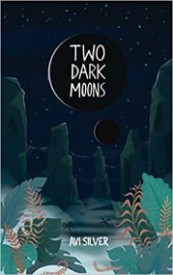 Sohmeng Par is sick of being treated like a child. Ever since a tragic accident brought her mountain community’s coming-of-age ritual to a halt, she’s caused nothing but trouble in her impatience to become an adult. But when she finally has the chance to prove herself, she’s thrown from her life in the mountains and into the terror of the jungle below.Cornered by a colony of reptilian predators known as the sãoni, Sohmeng is rescued by Hei, an eccentric exile with no shortage of secrets. As likely to bite Sohmeng as they are to cook her breakfast, this stranger and their family of lizards are like nothing she’s ever seen before. If she wants to survive, she must find a way to adapt to the vibrant, deadly world of the rainforest and the creatures that inhabit it—including Hei themself. But Sohmeng has secrets of her own, and sharing them could mean losing everything a second time.
Author(s)
Avi Silver
Co-Authors / Illustrators
Publisher Name
Molewhale Press
Genre/Type
95 0
0.0
0.0 (0) 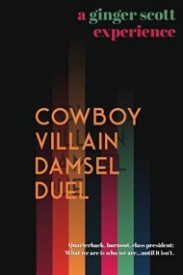 *RIVERDALE meets INCEPTION in this twisty and unique YA coming-of-age romance.*

Quarterback.
Class president.
Burnout.
We all have our identities.
Most of the time, they come from our circumstances. They’re made by others—shoes for us to walk in whether they fit or not.
But what if?
What if we could take off those shoes?
What if we could wear a different pair?
What if those boxes we put ourselves in are better…worse?
And what if, when we do…we’re trapped there for good?
They all call me Cowboy.
She’s the damsel who doesn’t need to be rescued.
And him…he’s the villain.
This is our story. And this is how we want it to be told.
Author(s)
Ginger Scott
Publisher Name
Little Miss Write LLC
Genre/Type
128 0
0.0
0.0 (0) 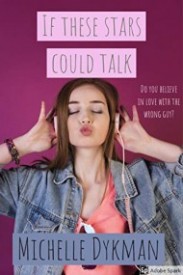 He thinks she's shallow, she thinks he's a nerd. What happens when they are forced to work together?

Willow Rysen is the 'It' girl at Bethel Private School, the one every girl wants to be and the girl every guy wishes he could have. Beautiful and popular she rules the school. She doesn't care about college but needs a good grade in Biology to pass the course.

Christian Blythe is the boy who is overly enthusiastic about college. He feels high school is one more step to his dreams of greater things. When partnered with Willow his hopes of a great grade seem to fizzle faster than a piece of calcium carbonate in a bottle of hydrochloric acid.

When these two social opposites are forced to co-operate their ideas of each other quickly begin to change.

Will Willow see Christian for who he is or will the appeal of popularity be her downfall?
Author(s)
Michelle Dykman
Publisher Name
Independently Published
Genre/Type
YA Romance
133 0
5.0
0.0 (0) 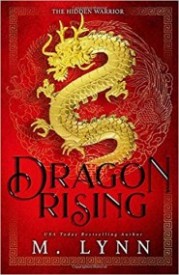 Sometimes a battle isn't waged on a bloody field.

Sometimes it's won within the heart of one girl.

Hua Minglan wants revenge for the death of her sister, and she'll do anything to get it.

A war is brewing between Piao and the Kou warriors to the north, a war that has called every able-bodied man in Piao from their fields.

When Hua's father is summoned to fight, she knows he won't return, most of the warriors don't.

With a decision that could cost her everything, she leaves her home behind in an attempt to take her father's place training under Commander Jian Li, brother to the emperor.

The commander is a harsh man, a demanding man, and one with his own desire for vengeance.

Hua can't get too close. She can't befriend the man who is able to bring her deceptions tumbling to the ground. If he learns the truth about who she is, it won't only see her shunned from the army for disguising herself as a man.

It will end in her execution.

Hua never imagines that by joining the army, she brings a greater foe into the heart of Piao.

What if the Kou are only a distraction?

What if the real enemy is her? 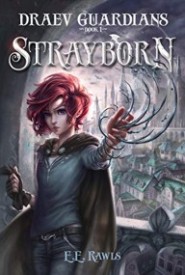 Elemental Manipulation is tricky. Only those with the power can train to become a Draev Guardian.

Cyrus Sole hates life. She’s only half-human, with weak wrists, and not a day goes by when someone doesn’t say something mean about it. But when the forbidden power to manipulate metal awakens inside her, everything changes as the Argos Corps is sent to hunt her down…

Aken is a Scourgeblood, the last in a line of monsters. But all he really wants is to gain wings and be free. Until a new power suddenly awakens, changing the course of his life…

The Draev Guardian Academy is their only sanctuary. But training to become a Draev won’t be easy. Cyrus has to hide her human side, as she gets placed in Floor Harlow with the outcast students, and nightmares of her deceased mother keep returning.

Matters get worse with creepy Corpsed on the prowl, and whispers of Cyrus possibly being a reborn Hero, and soon both she and Aken find themselves caught up in a web of secrets, racial tension, and an old legend with enemies that could spell their untimely demise…
Author(s)
E.E. Rawls
Publisher Name
Storyteller Wings Press
Genre/Type

Michelle Lynn, Assistant Indie Manager
" The Story: Addie has an obsession with British rocker Jude, but it's just a fan..."
VIGIL BLACK
5.0

Lou M.
"I'm not normally one to read horror fiction, but I thought I'd give this book a chance and was blown..."

Karen Klein, Staff Reviewer
"Meg lives in a small town in upstate NY (outside Ithaca) in the later years of WWII. She is torn..."

Caitlin Haines, Indie Assistant Blogger, Staff Reviewer
"In the first book, we were introduced to Jesse’s sister, Cassie, and his best friend, Roman. After witnessing their mother’s..."

First Earth: Book One in the Arch Mage Series
5.0

Cami Murdock Jensen
""Agnes' journey not only kept me turning pages, but pulled me into the journey of self-discovery right along with her...."

Caitlin Haines, Indie Assistant Blogger, Staff Reviewer
"It’s no secret that I love Michelle’s books, and this is such a fantastic start to a new series! I..."

Bethany Wicker, Listings Manager & Staff Reviewer
"Charlotte-or Charlie-loves both hockey and figure skating. However, she knows she can't do both and has already chosen to pursue..."

Robin D. Mahle, Staff Reviewer
"First and foremost, Aim accomplishes what any good sci-fi sets out to do. It thoroughly explores the concepts of humanity..."

Of Water and Moonlight
4.8

Bethany Wicker, Listings Manager & Staff Reviewer
"Maddie is a Hawthorne sister and is known for performing a spell against the Ancients. If the stares of her..."

Bethany Wicker, Listings Manager & Staff Reviewer
"When her sister Luna is killed, Hua wants nothing more than to get revenge. Taking her father's place, she joins..."

Linda Higgins
"The story: Bleak is a drunken thief who is desperately trying to find a way to cure herself from..."