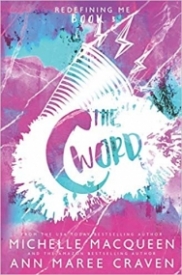 Addison: Secrets have a way of getting out. And I, Addison Parker, am the queen of secrets. Really, I’m the queen of the entire school, but that’s one label I never wanted. After an injury leaves me benched from cheerleading, it’s a relief. I can spend time with my two best friends: yoga pants and books. That’s secret number one. Secret number two? Well, I’d have to kill you if I told you. The only person I want to tell is Bookboy, my anonymous online friend. In my head, he’s perfect, a dashing prince straight out of one of my romance novels. Whoever he is, he’s not the one person I can’t even look at. Because Julian Callahan is definitely not a prince. But maybe a prince isn’t the answer because my life has never been a fairytale. Julian: I have a secret. Really, I have a few. I am not my twin. Okay, that’s more fact than secret. My brother is dead, and I don’t miss him. That juicy enough? I think I’m supposed to wish he were here, but he did something terrible that night. I’m writing a romance novel. Love is kind of cool, sue me. But that’s not the secret. That’s about a girl I’ve known for years, and I’ve never been able to stop thinking about her. I also have this new online friend. LitGirl makes me smile a lot these days. And yet… she’s not the one I want. At least, I don’t think she is. How do I choose between the only girl who knows me, the one leaving her hilarious comments in the margins of my book, and the girl I’ve loved my entire life? One is anonymous. The other, only a dream. But these secrets… they just might hurt us all. Book 3 in the Redefining Me series, The C Word is a full-length, standalone YA romance with all the feels.

All the Feels
August 05, 2019
Overall rating
5.0
Writing Style
5.0
Plot/Story
5.0
Illustrations (if applicable)
N/A
Characters (if applicable)
5.0
Editing/Design Quality
5.0
Addison and Julian have history between them that neither like to talk about. Things changed after that fateful night of the accident that took Julian's twins life. Addison had always liked Cooper and Julian liked Addison. It was a love triangle that could never have a happy ending, especially after that night at the party. It left Addison scarred and made her pull away from everyone.

Addison becomes one of the popular girls and the head cheerleader. When she hurts her ankle, she's forced to sit out of cheerleading and her "friend" Meghan loves the chance to swoop in an steal Addison's title. As time goes on, Addison realizes her thoughts are shifting and those who she thought were her friends actually aren't.

Then, there's Julian. He always seems to be there when Addison needs him, but she can't stop seeing Cooper every time she looks at him. Cooper still haunts her nightmares and seeing Julian doesn't make things harder. But the more time she spends with him, the more she realizes how different from his brother he really is.

THE C WORD is a great read for fans of contemporary romance with all the feels. This book will tear at your heart and heal it at the same time. It's a story about finding yourself and discovering what true friends are. I've always loved Julian's character so it was nice to learn more about him and why he didn't like his brother.


Final Verdict: I would recommend this to fans of contemporary romance, emotional reads, and sensitive topics.

Bethany Wicker, Listings Manager & Staff Reviewer Top 10 Reviewer 401 reviews
Report this review Comments (0) | Was this review helpful to you? 0 0
The C Word Review
August 05, 2019
Overall rating
5.0
Writing Style
5.0
Plot/Story
5.0
Illustrations (if applicable)
N/A
Characters (if applicable)
5.0
Editing/Design Quality
5.0
Oh, boy. Where to start… Like the first two books, I absolutely loved The C World. The authors have done such a good job at bringing real issues to life in a beautiful way. Each has had it’s own theme or problem that the characters deal with, but overall it’s about finding acceptance in oneself.

This story was a lot more emotional, in my opinion. Both characters are “broody,” and there is a lot of internal dark thoughts. While I’ve personally struggled with what the other characters face in this series, I haven’t ever had Addison’s experience. I think that’s why it hit me a little harder than most of the others. It’s an awful situation that I can only imagine. After two other books, I’m attached to these characters, and I don’t like to see my precious babies hurting. The sensitive subject was very well handled, though.

Julian was the more relatable one for me in this book. I’ve loved the “loner” since book one, and it was great being able to finally get inside his head. There were so many times, especially when he was thinking or talking about writing, that I thought, “Oh my gosh, is that me?” It was great! I loved seeing him grow as a character, both of them for that matter. And, of course, I got more of my precious Becks, who I somehow love even more now. I didn’t think that was possible.

This series was so so good (understatement)! I’m sad it’s over, but each book ended well. It’s definitely a re-read in the future/buy all the physical copies series. The characters were all written in a realistic, relatable way that really puts the reader into the story. I cannot wait for Becks book this fall!! I will absolutely continue reading both authors. If you like sweet contemporaries that deal with real issues, definitely check out these books.

Olivia Farr, Staff Reviewer
"WARDENS OF ETERNITY follows Ziva, a young woman who was abandoned as a toddler, became a ward of the state,..."

Olivia Farr, Staff Reviewer
"THE HAND ON THE WALL is a thrilling conclusion to the TRULY DEVIOUS series. Here, the students are at Ellingham,..."