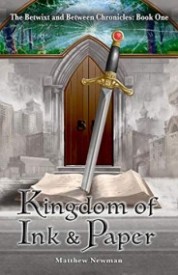 Every book you’ve ever read. Every story you’ve ever
heard. What if they were all true?

When high school student Will Morgan goes on a school trip to Boston,
he doesn’t expect to witness a murder. But when best-selling
novelist Arthur O’Neill is found dead, Will realizes there’s more
to this writer’s books than just words.

After O’Neill’s death, Will receives a mysterious package: a copy
of The Redstone Keep, one of O’Neill’s famous novels. Upon reading
the book, Will passes out and is introduced to a man named Tam
Desmond, The Redstone Keep’s protagonist. Tam explains that he is a
resident of the World of the Written, a universe parallel to our own
where everything ever published by humans comes to life.

Through his conversations with Tam, Will learns that something was
targeting Arthur, and that same force is now after him. Armed with his
new powers and a magical sword, Will sets out on a journey to solve
the mysteries surrounding the murder; however, all the while,
Arthur’s death may have just been the start of something much more
sinister.
Author(s)
Matthew Newman
Publisher Name
Sandcrest Publishing LLC
Genre/Type
16 0
0.0
0.0 (0) 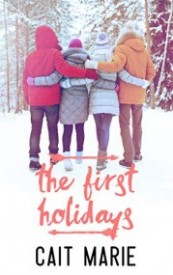 Lila Weston is a pro at keeping secrets, but this time, she can’t wait to share with her friends and *ahem* boyfriend.

She has been counting down the days until Gavin, Beth Ann, and Dylan are home for the holidays. Despite seeing Gavin most weekends, however, they haven’t spent more than a day or two together since the summer. And she’s worried their time apart might have changed things, that he might not be as excited about her big decision as she hopes.

Beth Ann is skilled in avoiding her issues, but she’s never had to face someone just as stubborn.

All year, she’s brushed off Dylan’s flirting, claiming he’s ridiculously friendly to everyone. Yet, the extra attention he seems to save just for her warms her from head to toe. It was easy to ignore while in New York, but now she’s home for three weeks. And there’s no way she’ll be able to stay away.

This short story is perfect for readers who just want some fluff for the holidays. Our favorite characters from The Last Summer are back and full of love and dreams… and nerves.

While this story can be read on its own, it does follow the events of The Last Summer and serves as a sort of prequel to The Final Chance. One couple does get their happy ending, but the other has to wait until The Final Chance, out 1/20/20!
Author(s)
Cait Marie
Genre/Type
375 0
5.0 (2)
0.0 (0) 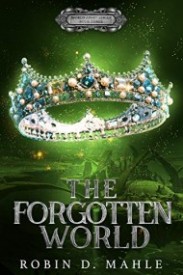 Clark thought he knew what grief was. Addie thought she understood the dangers of the Tempest Sea. They couldn’t have been more wrong. When their only chance at survival lands them on opposite ends of an island that shouldn’t exist, they will both be forced to contend with the consequences of their latest mistakes – and each other’s. Will they be able to keep the promises they made one another, even as loss and circumstance morphs them into the very people they never thought they would be? Or will their relationship be the next casualty in this never-ending battle? 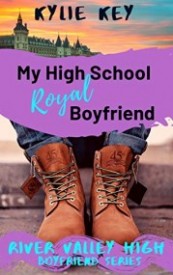 ALEX A tragedy at Langley Estate puts my family in the spotlight Hounded by a ruthless press, it’s decided I should disappear for awhile That’s how I’ve ended up on the other side of the world At River Valley High The new exchange student from England… BLAIRE I’m Covington Prep royalty, but after being accused of stealing My world comes crashing down I’ve shamed my family name And I’m finishing my senior year at River Valley High But incognito No one can know who I really am Leaving my privileged life isn’t easy And falling for Alex certainly wasn’t in the plans But how can we be in love… When Blaire Ashley and Alex Lord aren’t even real people? 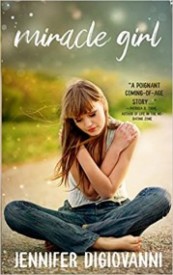 Leanne Strong hates June eighth even though it's supposed to be a day for celebration. Fifteen years ago on that date, baby Leanne was purported to be miraculously healed of a spinal cord defect after her mother prayed to a religious mystic who was later elevated to sainthood. Since Leanne's unexplained cure, thousands of people gather in her small town every year to celebrate her miracle--a miracle she doesn't remember but still accepts as real--most of the time.

When teen pitching phenom Braeden Dalisay moves into the house across the street from Leanne, he harbors a chip on his shoulder even larger than his athletic talent. Forced to spend the summer in the same law office, he and Leanne carry on a working relationship that vacillates between stormy and silent. After Leanne finds out that Braeden's sister, Emeline, recently passed away, the reason for his behavior becomes clear. Emeline Dalisay was a girl who didn't get a miracle.

Time softens Braeden's anger, and he and Leanne eventually draw closer. But when he and his family are hit with another traumatic event, he pulls away, the unfairness of life a deep wound. Leanne wants to help Braeden and his family heal as much as she wants a relationship with him. More than that, she wants a miracle for Braeden.
Author(s)
Jennifer DiGiovanni
Publisher Name
Vinspire Publishing
Genre/Type
YA Contemporary