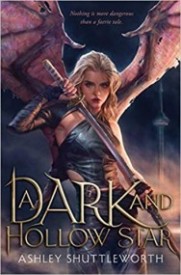 The Cruel Prince meets City of Bones in this thrilling urban fantasy set in the magical underworld of Toronto that follows a queer cast of characters racing to stop a serial killer whose crimes could expose the hidden world of faeries to humans. Choose your player. The “ironborn” half-fae outcast of her royal fae family. A tempestuous Fury, exiled to earth from the Immortal Realm and hellbent on revenge. A dutiful fae prince, determined to earn his place on the throne. The prince’s brooding guardian, burdened with a terrible secret. For centuries, the Eight Courts of Folk have lived among us, concealed by magic and bound by law to do no harm to humans. This arrangement has long kept peace in the Courts—until a series of gruesome and ritualistic murders rocks the city of Toronto and threatens to expose faeries to the human world. Four queer teens, each who hold a key piece of the truth behind these murders, must form a tenuous alliance in their effort to track down the mysterious killer behind these crimes. If they fail, they risk the destruction of the faerie and human worlds alike. If that’s not bad enough, there’s a war brewing between the Mortal and Immortal Realms, and one of these teens is destined to tip the scales. The only question is: which way? Wish them luck. They’re going to need it.

compelling world-building and characters
February 20, 2021 (Updated: February 20, 2021)
Overall rating
4.7
Plot
4.0
Characters
5.0
Writing Style
5.0
A DARK AND HOLLOW STAR is a slowly building YA fantasy that takes the reader on a wild ride through a world of magic. The book primarily follows five characters, Hero (a villain), Nausicaä (a former fury), Arlo (an ironborn), Vehan (a sidhe prince), and Aurelian (a lesidhe guard). In Toronto, the seat of the High King of all the fae courts, something dark has been happening. It began with disappearing humans, which was not of interest to the fae, and has transformed to the gruesome murders of the ironborn, individuals who are half fae and half human.

Nausicaä is a former fury who fell from grace after taking human lives while grieving her sister. She now lives among the mortals, and she soon learns more information about the deaths of the ironborn that cause her to take up the mystery of who is behind it - deaths that she as the Dark Star is being blamed for. Arlo is an ironborn who almost failed her Weighing, the time when the courts decide whether her magic should be taken from her and she should be separated from the fae courts entirely or whether she should be allowed to join. After her cousin's intervention, they have allowed her to delay the Weighing. As an ironborn, she has an interest in learning and stopping what is happening, but her mix of naivete and bravery is really what gets her accidentally involved, beginning with her seeking of the Dark Star.

Vehan is a sidhe prince of the Spring Court, and Aurelian is his lesidhe guard, assigned by his cruel mother. Vehan has a deep interest in solving these crimes, for several personal reasons. As they begin to investigate, their paths will soon cross with Nausicaä and Arlo, and soon, they will be stumbling into dangers that are bigger than they anticipated.

What I loved: The world and character building is really strong, and the plot is really cleverly woven. This book, as the first in the series, really focuses on the characters individually and those around them. There are several characters whose perspectives that we do not see that were equally intriguing, such as Celadon, the high prince. In terms of the main four, they each endear themselves to the reader's heart. They have all faced challenges that they work to overcome, and their lives are still evolving. This ended up being quite the journey, with all sorts of unexpected elements along the way.

The danger the main four face is present throughout, and I appreciated the tension that arises as they begin to search out the individuals behind the ironborn deaths. Despite the tension, Nausicaä's sarcasm works beautifully to break it and mix some humor into the read. I also enjoyed the LGBT romances that are developing in the book. Although this was a much lesser theme, with the deep character development here, it felt like the cherry on top.

There are some interesting themes about suppression of the ironborn, fate, and the balance of power with morality. The ironborn have definitely been treated as lesser and now the council seems to be doing what they feel is in their (ironborn) best interest, often casting them out. However, the reader can definitely see that this is not the case. The High King has the most power, and while he was initially interested in protecting all the fae and doing what is best for his people, his goals seem to have evolved over time. Here, these may be some of the effects of the immortal crown that was not meant for human heads (some interesting symbolism), but it may also be the corruptibility of power. Regardless, I am curious to see how this will develop as his role in it all is yet unclear.

What left me wanting more: Owing to the many characters and deep world-building here, the book is a bit slow at the start and at first, it is difficult to keep track of who is who and how they fit into the story. This definitely gets better as it moves on, and I think future books will be able to move much faster because of the breadth and depth of information given here.

Final verdict: With strong world-building and compelling characters, A DARK AND HOLLOW STAR is a lush and captivating YA fantasy that begins a series I am eager to follow. Highly recommend for fans of Amanda Hocking, Holly Black, and Julie Kagawa.