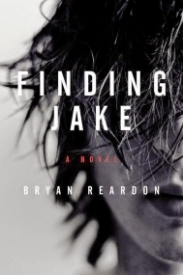 A heart-wrenching yet ultimately uplifting story of psychological suspense in which a parent is forced to confront what he does—and does not—know about his teenage son, in the vein of Reconstructing Amelia, Defending Jacob, and We Need to Talk about Kevin. While his successful wife goes off to her law office each day, Simon Connolly takes care of their kids, Jake and Laney. Now that they are in high school, the angst-ridden father should feel more relaxed, but he doesn’t. He’s seen the statistics, read the headlines. And now, his darkest fear is coming true. There has been a shooting at school. Simon races to the rendezvous point, where he’s forced to wait. Do they know who did it? How many victims were there? Why did this happen? One by one, parents are led out of the room to reunite with their children. Their numbers dwindle, until Simon is alone. As his worst nightmare unfolds, and Jake is the only child missing, Simon begins to obsess over the past, searching for answers, for hope, for the memory of the boy he raised, for mistakes he must have made, for the reason everything came to this. Where is Jake? What happened in those final moments? Is it possible he doesn’t really know his son? Or he knows him better than he thought? Brilliantly paced, Finding Jake explores these questions in a tense and emotionally wrenching narrative. Harrowing and heartbreaking, surprisingly healing and redemptive, it is a story of faith and conviction, strength, courage, and love that will leave readers questioning their own lives, and those they think they know.
Tweet

An impactful, relevant book told from a rarely considered angle. Part mystery, part “issues” book, part paternal introspection. Finding Jake is a story that delves into the dark heart of many parents’ worst fears—not only of their child dying, but the far less discussed idea of their child being a participant in causing senseless death and suffering.

From a purely YA perspective, the story offers an empathic window into the mind of involved and loving stay-at-home dad, Simon Connelly, as he reflects on a school shooting that altered his family’s lives forever. The telling alternates back and forth between the present--in which 13 high school students have been killed and his missing son is being treated as a possible second gunman—and the past, tracing critical memories beginning from the moment his wife told him she was pregnant with Jake.

The author shifts back and forth between the tenses of first-person present and first-person past, which not only takes some skill but works surprisingly well for this novel’s structure. All the while the question Simon (and by extension, the reader) must grapple with is whether Jake was capable of participating in mass murder. Searching for his lost son, Simon must face the sociological backlash playing out around him; intensely realistic reactions from grieving parents, people seizing at the chance for limelight attention, righteously judgmental strangers drunk on fear, and merciless media opportunists. The rabid need for blame takes aim at everything from video games to parental neglect.

Reardon’s prose is smart, effective, and candid--neither talking down to a YA audience nor crossing the line into pretentiousness. There are even glimmering moments of visceral emotion and affecting cadence.

“Life is kind of like that, picking the memories you want to frame. We all have an idea of how it should be, all smiles and swing sets. There are the more unsavory moments that we leave in the box stashed up in the darker parts of our psyche. We know they exist but we don’t go flaunting them in front of the dinner guests.”

Simon is a deeply analytical, painfully insecure man who continually questions his decision to stay home with his kids while his wife pursued her career as a lawyer. His self-torment over parenting mistakes and how well he actually knows his son is all too believable, although it also becomes tiring by halfway through the book. The story’s pacing vacillates. Jumping back and forth from memories to the present creates a sort of yo-yoing sensation; as chapters set in the past are more languid, take their time getting to the point, and sometimes become bogged down in portraying the mundane details of life. Some readers may be tempted to skim through the past in an effort to get back to the urgent and uncertain present.

Thankfully there’s no sense of a political or religious agenda intruding on the story’s purpose. Although, it also felt oddly sterile of any and all faith (or explained lack-thereof) that might have added to base characterization in the midst of such a dire and tumultuous situation. The need to play it safe in mainstream fiction is understandable, but some mention of moral background or upbringing would have added a bit more depth and dimension.

On the whole, this was a thought-provoking and valuable book—one with the potential to spark parent/child conversations, and possibly offer cautionary insight to those who may be facing an individual (psychopath/sociopath) with the capacity to do something unconscionable. Unfortunately, this sort of social awareness is something teens must now be taught. What better way than through a story that will cling to their psyche.