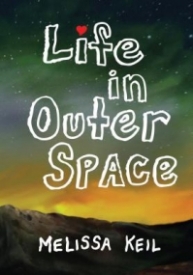 Sam is a geek movie-buff with a ragtag group of loser friends who have been taking abuse from the popular kids for years. But when the super-cool Camilla moves to town, she surprises everyone by choosing to spend time with Sam's group. Suddenly they go from geek to chic, and find that not everything boils down to us and them. With their social lives in flux, Sam and Camilla spend more and more time together. They become the best of friends, and Sam finds that he's happier and more comfortable in his own skin than ever before. But eventually Sam must admit to himself that he's fallen in love. If he confesses his true feelings to Camilla, will everything change again?
Tweet

Nerdy References Galore!
January 05, 2014
Overall rating
4.0
Plot
3.0
Characters
5.0
Writing Style
4.0
What I Liked:
Aussies supposedly write some of the best books out there. Unfortunately, they choose not to share many of them. Okay, maybe it's that American publishers choose not to purchase them for years on end, but, either way, I end up missing on quite a lot. This little Aussie gem became available in the US, and when I had a chance at a review copy, I snagged it. Be forewarned that this book is not science fiction. That's lesson number one. Life in Outer Space is an adorable, nerdy contemporary novel about first love, finding your passion, and pop culture references.

For much of the novel, I was enjoying it but concerned that Life in Outer Space was headed for manic pixie territory. Camilla arrives in Sam's school and completely changes his life. She's beautiful, quirky and somewhat mysterious, the daughter of a famous music critic. She's lived all over the world and dresses in weird clothes that only she could ever pull off. The amazing Camilla transcends social group, immediately accepted by the popular kids, but able to choose to spend time with the nerds without facing any repercussions. Girl is magical, basically.

Thankfully, there's more to Camilla than that. Sam really gets to know Camilla, and the two have oodles in common, and, perhaps more importantly, they're open to learning about the interests they don't share. He educates her on horror films and she teaches him a bit about music. They're supportive of one another and admittedly adorable. She doesn't exist just to make him better; they help each other improve. Other than a point I'll note later, I definitely shipped this so much.

I adored the nerdy bits about cinema, from the horror movie marathons to Sam's absurdly terrible sounding attempted screenplays. Throughout the novel, various jokes about horror movie cliches are woven. For example, at a party Sam thinks a particular girl would be the first to die, which is admittedly kind of terrible but also hilarious. Though I don't know much about horror movies, since I can't watch them, I know I missed out on some awesome stuff there, but it was still great. There are also numerous science fiction and 80s movie references, which are more my speed.

The characters are pretty fantastic. Sam's group of friends, Mike, Adrian and Allison, banded together because none of them fit in and formed this awesomely nerdy haven. They eat lunch in a teacher's office because they feel unsafe in the cafeteria due to bullying, but they get to watch movies while they eat, which is win. I'm an especially large fan of Mike and the LGBT subplot, and the fact that, unlike so many gay best friends in YA, he actually gets a resolution to his plot line.

What Left Me Wanting More:
My only reservation about Life in Outer Space is Sam. He freaking rivals Hamlet for his inability to make the decision on whether to act on something. Basically, you will spend the whole book trying to make him help his friend Mike or tell Camilla how he feels. Of course, to tell Camilla how he feels, he'd have to know how he felt and he's one of the least self-aware people that ever existed. I get that people are like that sometimes, but Sam still felt absurdly hesitant to me. Given how close that group of friends is, SOMEONE should have said something without it taking so freaking long. Plus, if things happened quicker, the ending wouldn't be quite so incredibly sappy. Oh, and also the fact that all of the nerds clean up and are rather attractive at the end felt a bit too She's All That.

The Final Verdict:
Life in Outer Space is a nerd's dream of a book. Though it got a bit too idealistically fluffy for me at times, it was still a delight to read and gave me many happy feels and made me laugh, so it's one I'll definitely be recommending.

Overall rating
5.0
Plot
5.0  (1)
Characters
5.0  (1)
Writing Style
5.0  (1)
Already have an account? Log in now or Create an account
Adorkable and fun
May 13, 2018
Overall rating
5.0
Plot
5.0
Characters
5.0
Writing Style
5.0
Life in Outer Space is one of the cutest and nerdiest books I’ve ever read. This contemporary quickly burrowed its way into my heart within the first few chapters, and, by the end of the novel, became a favourite. Do yourselves a favour and read this wonderful #LoveOzYA book immediately.

The protagonist of Life in Outer Space is sixteen-year-old Sam, who goes to a typical Australian high school – along with his bullies – with his three best friends, and spends his nights watching old Hollywood horror films and writing his own screenplay. His most current screenplay is Killer Cats from the Third Moon of Jupiter (which I low-key want to watch).

Sam quickly became one of my favourite YA protagonists: he is apathetic about a lot in his life – he just wants to fast-forward through the next 20 years of his life till he’s successful – but he clearly cares from his mother and friends. He’s a realistic Australian boy, who plays video games, watches bad movies, and drinks way too many energy drinks.

The supporting characters were just as amazing as Sam, especially his best friends Mike, Adrian and Allison. Mike is gay – just recently out – and doesn’t deal with emotions much; in fact, Sam is the only one who’s able to read him. Sam’s relationship with Mike was one of the sweetest I’ve come across in YA fiction – we really need more supportive friendships between boys. Adrian was hilarious and I kind of wanted to give him a hug? He’s not taken seriously by many people, including his friends at times, but he made me laugh the entire time he was on the page. Allison was a lovely character, but not given as much page time as Mike, although I quite liked her – she was quiet, but strong, too.

One of my favourite characters, however, was Camilla, the new girl at school whom Sam falls for – although it takes him a while to figure that out. Camilla was wild and intelligent, and genuinely amazing. She is friendly with everyone but doesn’t make strong bonds, because of how often her and her father move around. I adored her friendship with Sam, how different they were but similar as well. They really complement one another, and I shipped them from their very first interaction. Sam and Camilla’s friendship and potential romance was incredibly sweet, but awkward – in the cutest of ways.

The plot was out of this world … see what I did there? Anyway, the storyline followed naturally, and was equally entertaining. There wasn’t one moment where the story dragged – in fact, I found myself flipping through the pages quickly, desperate to find out what would happen next.

Life in Outer Space by Melissa Keil is a book that needs to be on your TBR as soon as possible. If you’re a nerd like me, you will relate to everything in the book!
Good Points
Check out my blog for more reviews: thebookcorps.wordpress.com

Lorrie Top 50 Reviewer 84 reviews
Report this review Comments (0) | Was this review helpful to you? 1 0
Powered by JReviews
How to resolve AdBlock issue?
X