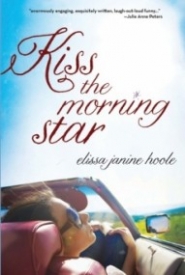 When Anna sets out on a post high school road trip toward an unknown destination with best friend Kat, she thinks she's prepared for everything. Clipboard in hand, she checks off her lists: Set up tent. Study maps. Avoid bears. Feelings are not on any list. For the past year - ever since her mother's sudden death - Anna has shut down her emotions and shut out the people who love her most.

Kat is a different story. Clutching a well-worn copy of Jack Kerouac's The Dharma Bums, she radiates enthusiasm. Maybe, she thinks, this road trip will shake Anna back to life. Zigzaging across the Northwest, the girls encounter fellow travelers of all kinds. But throughout their journey, one question haunts Anna. It begins like a gentle rain and then becomes a raging storm: What place does Kat have in my life? Are we good friends? Or something more.

Overall rating
4.2
Plot
4.0  (2)
Characters
4.0  (2)
Writing Style
4.5  (2)
Already have an account? Log in now or Create an account
Hobbitsies Reviews: A Moving Adventure
May 14, 2013
Overall rating
4.0
Plot
4.0
Characters
4.0
Writing Style
4.0
I really enjoyed Kiss the Morning Star by Elissa Janine Hoole. I’ve read a bit of Kerouac, and while I certainly won’t be running off to emulate his adventures, I do love books featuring road trips and oodles of self discovery, which basically describes Kiss the Morning Star to a T.

I loved learning about Anna and Kat as they learned about themselves and each other. The issues of sexuality and friendship and death and grief and religion are explored in Kiss the Morning Star, and each issue has a very meaningful part of the Anna and Kat’s lives. Elissa Janine Hoole doesn’t back down.

While there are a few slow moments in Kiss the Morning Star, overall I thought it was fairly fast paced and easy to get engrossed in Anna’s adventure. It’s so easy to relate to her and Kat – feeling lost and unsure, especially in that point between high school and the rest of your life.

Kiss the Morning Star by Elissa Janine Hoole is a moving adventure filled with self-discovery and issues many teens grapple with on a daily basis. If you like road trips, contemps, and moving stories, definitely check out this wonderful debut.

Tara Gonzalez Top 100 Reviewer 68 reviews
Report this review Comments (0) | Was this review helpful to you? 0 0
Road Trips, Beats and Sexuality, Oh My
May 04, 2012
Overall rating
4.3
Plot
4.0
Characters
4.0
Writing Style
5.0
In college, I took a history class on counterculture, which focused primarily on the Beats. What I learned above all was that I really do not like the Beat poets. Drugs and narcissism and the philosophies those inspire. Anyway, totally not for me. Of them, I did like Kerouac the best, but, still, I was not especially impressed. The quotes in this book from Kerouac definitely remind me why I didn't like them.

However, I do like this book, with its road trip inspired by Kerouac. Actually, I like it a whole, whole lot. I actually haven't read too many road trip books, probably because I don't read too much realistic fiction, living mainly in the fantasy genre. At any rate, this one is definitely not like the ones that I've read so far, a lot darker and more messed up, but in a real life kind of way.

Some road trip novels are fluffy, fun little journeys full of misadventures. This one has misadventures, but they're definitely of a more intense, dangerous variety: attacks by strangers, bears, experiments with sexuality, and drugs. I spent a lot of the book completely horrified, trying to talk the girls out of blundering into yet another terrible position. Of course, they didn't listen to me.

Anna's really messed up, and that's why this works. Her mother's death has pretty much destroyed Anna and her father. With her father, a preacher's retreat into himself, Anna's left to her own devices and lives a sort of half-life. She has lost her faith and neglected friends. Katy proposes the trip as a way of trying to help Anna find herself and her faith again. That's why I loved this book. It's so full of introspection and Anna trying to find her way, even though it's painful and she kind of doesn't want to. She made me so incredibly angry, but, seeing from her perspective, it was also hard to judge her, especially since she already had that under control.

I loved the format of the novel. Each chapter begins with a Kerouac quote, which, though I don't like Kerouac much, I appreciate, given that the whole novel was on some level inspired by his writing. Next comes a brief snippet from Anna's journal, which is cool, because she has a really interesting writing style and includes more reflection than the bulk of the chapter. Then there's the main part of the chapter, which depicts the latest happenings on their road trip. My favorite part, though, were the lists at the end of most of the chapters. These also come from Anna's journal, and are both funny and make me feel really connected to Anna's character, since they're her way of understanding and coping with the world.

The writing was also really beautiful. Although I'm not a big poetry fan, I liked the haikus she threw in now and again. There were so many amazing quotes in this novel that it was rather difficult to choose just one. I definitely recommend this to people who like to read dark stories that confront some serious issues, or people interested in the 1960s/1970s (even though this is modern) culture.

Also, I have what I think is an amazing idea for a companion novel: I would love to read a story about someone who found one of Katy's Good Lock drawings. Whether that happens or not, I look forward to reading more from Hoole!
Good Points
Books about books
Road Trips
LGBT