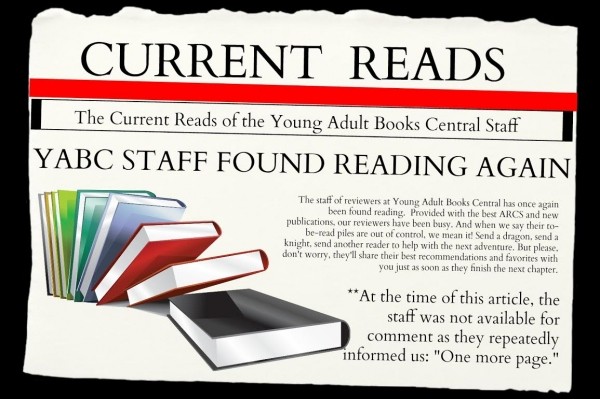 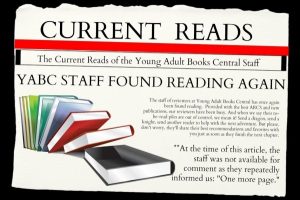 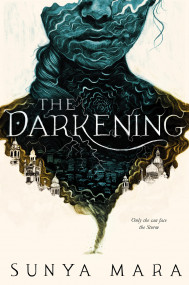 In this thrilling and epic YA fantasy debut, the only hope for a city trapped in the eye of a cursed storm lies with the daughter of failed revolutionaries and a prince terrified of his throne.

Vesper Vale is the daughter of revolutionaries. Failed revolutionaries. When her mother was caught by the queen’s soldiers, they gave her a choice: death by the hangman’s axe, or death by the Storm that surrounds the city and curses anyone it touches. She chose the Storm. And when the queen’s soldiers—led by a paranoid prince—catch up to Vesper’s father after twelve years on the run, Vesper will do whatever it takes to save him from sharing that fate.

Even arm herself with her father’s book of dangerous experimental magic.

Even infiltrate the prince’s elite squad of soldier-sorcerers.

Even cheat her way into his cold heart.

But when Vesper learns that there’s more to the story of her mother’s death, she’ll have to make a choice if she wants to save her city: trust the devious prince with her family’s secrets, or follow her mother’s footsteps into the Storm.

Throne of a Thousand Lies 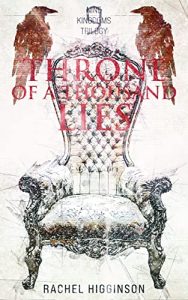 Tessana Allisand might have proven that she’s the oldest living daughter of the dead king of Elysia, and that she’s the rightful heir to the Seat of Power, but that doesn’t mean she gets to be queen . . . yet. Forced to wait until her twenty-first birthday, Tess is supposed to be learning how to navigate court life and all the ways she will one day rule the realm. But circumstances and her nefarious uncle keep getting in the way of her education.

While Tess is pampered with the luxuries of castle life, the rest of the kingdom suffers under the oppressive thumb of the Ring of Shadows. And while no other ruler seems all that concerned with the evil rebels intent on destroying everyone and everything, Tess alone must find a way to stand up to the dark magic threatening to choke the life from her precious kingdom.

Tessana and Taelon found each other in the depths of the Blood Woods. And just like when they were children, their affection for each other saved the realm. But now, with separate kingdoms to fight for and royal duties to attend to, life is pushing them in impossibly opposite directions. Tess wants nothing more than for Taelon to be at her side. And yet, she will never ask him to leave his own kingdom for hers. Fate seems determined to keep them apart. But it was love that brought them back together. And love that will defy titles, crowns, and destiny.

Tales of a Seventh-Grade Lizard Boy 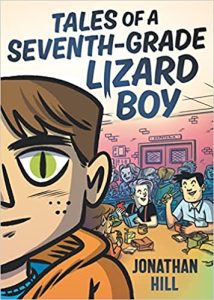 Drawing on the experiences of his Vietnamese American family and his love of ’80s sci-fi shows, Jonathan Hill crafts a funny, insightful graphic novel about the immigrant experience and the perils of middle school.

Threatened with diminishing resources, Booger Lizk’t and his family flee their lizard community deep below Earth’s crust to survive above among humans. The Lizk’t family of Elberon now passes as the Tomkins family of Eagle Valley. “Tommy Tomkins” wears a human face to school but can’t seem to fit in no matter how he looks. The basketball team becomes a pipe dream when bullies label him a bug eater, and only Dung Tran, an immigrant from Vietnam and fellow outsider, sees Tommy for who he is inside, which is nothing like the outer-space lizard invaders on TV’s hottest series. Can their friendship survive the truth? In his first solo middle-grade book, award-winning creator Jonathan Hill perfectly captures the sometimes dystopian drama of middle school while reminding readers of the universal need for belonging. 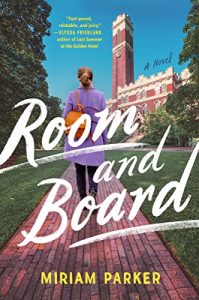 A charming and redemptive novel about unexpected second chances, following a publicist who, after the sudden implosion of her career, takes a job as a dorm mom at a Sonoma boarding school that happens to be her alma mater

Gillian thought she had everything she ever wanted—as a successful publicist running her own Manhattan firm and working with a high-profile-celebrity clientele, she finally made herself at home among the elite who eluded her throughout her youth. That is, until her career implodes, leaving her jobless, friendless, and with a googleable reputation that follows her everywhere. So, when she receives an offer to become a “dorm mom” at Glen Ellen Academy, the prestigious Sonoma boarding school she attended two decades earlier on scholarship, she leaps at the opportunity for a change of scene—at least until she can figure out how to rehabilitate her career.

But Gillian is surprised to find herself enjoying her new life: her role as a mentor is unexpectedly fulfilling, she finds a community, and most surprisingly of all she runs into an old flame from her own time at school, who is just as dashing now as he was then. However, just as she begins to feel comfortable, a scandal surfaces on campus that threatens to derail everything, and Gillian must figure out how to save her job, her students, her friends, and her new romance before it’s too late.