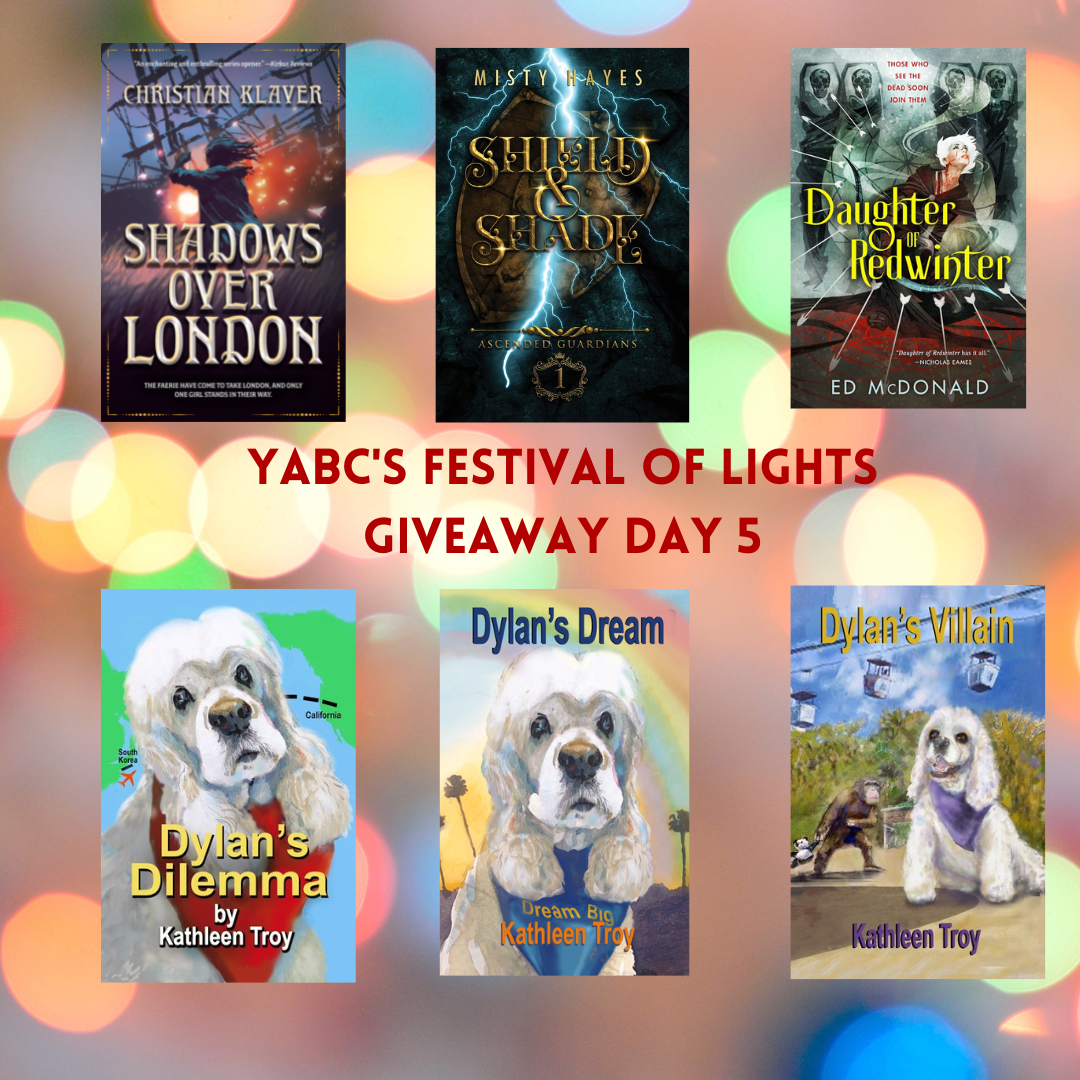 Welcome to YABC’s 8th Annual Holiday Giveaway! We’re featuring books perfect for the book lover on your holiday list!–with exciting prize packs every day for the first five days of December.  Giveaways are US only due to publishers’ rights restrictions in other territories.

Today’s Theme for our Fifth Day of The Festival of Lights Giveaway is Extra Awesome Books from CamCat, Tor, Misty Hayes, and Kathleen Troy!

Thank you for following YABC throughout 2022! It’s been a great year!

Good luck to everyone that enters the giveaways! 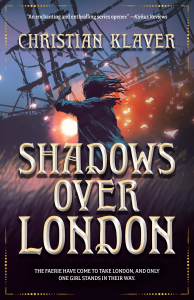 For fans of The Golden Compass and A Sorcerer to the Crown, a rambunctious and entertaining fantasy adventure in which the Kasric siblings end up on both sides of a Human-Faerie War after the Faerie invade Victorian London.

The Faerie have come to take London, and only one girl stands in their way.Justice isn’t your average fifteen-year-old girl. She’s an irrepressible scoundrel, and she always has a plan. But her world falls apart when her father forcibly bundles the entire family into carriages in the middle of the night and carts them off to a strange mansion on the outskirts of Victorian London. The Faerie are invading, but the Kasric siblings can’t stay neutral in the ensuing war when they find their parents on opposing sides. Justice has no choice but to embrace her burgeoning magical powers to fight against the Faerie and save her family. 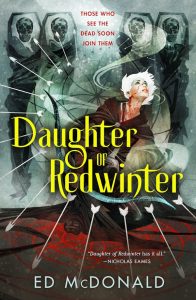 Those who see the dead soon join them.

From the author of the critically-acclaimed Blackwing trilogy comes Ed McDonald’s Daughter of Redwinter, the first of a brilliant fantasy series about how one choice can change a universe.

Raine can see—and speak—to the dead, a gift that comes with a death sentence. All her life she has hidden, lied, and run to save her skin, and she’s made some spectacularly bad choices along the way.

But it is a rare act of kindness—rescuing an injured woman in the snow—that becomes the most dangerous decision Raine has ever made.

Because the woman is fleeing from Redwinter, the fortress-monastery of the Draoihn, warrior magicians who answer to no king, and who will stop at nothing to reclaim what she’s stolen. A battle, a betrayal, and a horrific revelation force Raine to enter the citadel and live among the Draoihn. She soon finds that her secret ability could be the key to saving an entire nation.

Though she might have to die to make it happen . . . 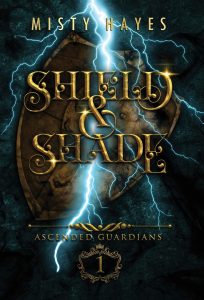 For fans of STORM AND FURY and MORTAL INSTRUMENTS. The Ascended Guardians series is a supernatural thrill-ride that never lets up.

It’s been over ten years since fifteen-year-old Zoey Taylor wandered away from her family home in the middle of the night. Or so she’s been told, repeatedly, by her mother—but the only thing Zoey knows for sure is that when her older brother, Corinth, found her in the woods, safe and unharmed, she returned with a crippling fear of the dark and no other memories from those lost days—except strange flashes of sharp teeth and red-flaming hair.

Since that time, she’s become a star pupil and is on track to graduate early … if, and that’s a big IF, her overprotective family doesn’t get in the way of her dreams first.

But when one of the wealthiest, enigmatic philanthropists on the planet—Gabriel Stanton—shows up on her doorstep on Thanksgiving Day and reveals the truth about what really happened to her all those years ago, it completely shatters her perception of the world.

And the story isn’t anything like what she’s been told.
Buy Now 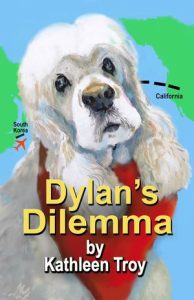 Dylan, the loveable cocker spaniel, sets out on an adventure across the globe.

Dylan, a Cocker Spaniel, lives with Aiden, an American professor, in South Korea. Since Aiden doesn’t believe in dog training, Dylan has an awesome life—no rules and no restrictions.

After Dylan destroys Aiden’s apartment by chewing his way through electrical coverings, baseboards, furniture and then the interior of Aiden’s new BMW, Aiden decides Dylan is too much trouble and sends him to live with Casey his twelve-year old brother in California.

Casey is thrilled to have Dylan, but Casey’s Mom is not. Dylan has thirty days to become a good dog—or else. 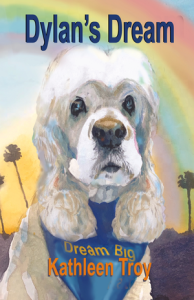 When Dylan, an American Cocker Spaniel, and twelve-year-old Casey go to Catalina Island for a special canine training class, they begin to dream about one day being part of Search and Rescue.

When their best friend runs away and the police turn to them for help, someday comes sooner than they expected. 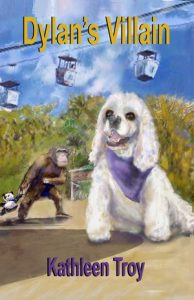 Casey, his American Cocker Spaniel Dylan, and their best friend Sumo–better known as Dylan’s Dog Squad–have a blast using their search and rescue skills to find Bailey, a kleptomaniac chimp.

But when Dream Big K-9 Academy needs their help to save their business from The Sledgehammer, a notorious criminal, Dylan’s Dog Squad learns what it means to come to the rescue. And what it means to be a friend.

One winner will receive a copy of each book featured in DAY 5 of the Festival of Lights Giveaway! ~ (US Only)

3 thoughts on “YABC: Festival of Lights GIVEAWAY DAY 5 ~US ONLY”

You are here: YABC: Festival of Lights GIVEAWAY DAY 5 ~US ONLY