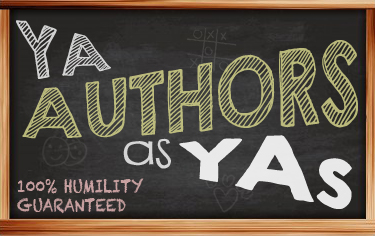 Welcome to the fourth installment in a new interview series we’re running in conjunction with our Senior Editor, MG Buehrlen, called YA Authors as YAs.

Maybe Jennifer Mathieu, author of THE TRUTH ABOUT ALICE (coming June 10, 2014 from Roaring Brook Press) can convince you with tales from her teen years.

***Click here to read the interview and enter to win a copy of the book!*** THE TRUTH ABOUT ALICE by Jennifer Mathieu

About THE TRUTH ABOUT ALICE

Everyone has a lot to say about Alice Franklin, and it’s stopped mattering whether it’s true. The rumors started at a party when Alice supposedly had sex with two guys in one night. When school starts everyone almost forgets about Alice until one of those guys, super-popular Brandon, dies in a car wreck that was allegedly all Alice’s fault. Now the only friend she has is a boy who may be the only other person who knows the truth, but is too afraid to admit it. Told from the perspectives of popular girl Elaine, football star Josh, former outcast Kelsie, and shy genius Kurt, we see how everyone has a motive to bring – and keep – Alice down.

I’m young adult author Jennifer Mathieu (pronounced Muh-two, but if you speak French you can pronounce it better than that. Sadly, I don’t speak French.) I’m a writer and English teacher who lives in Texas with my family. A native of the East Coast and a former journalist, I enjoy writing contemporary young adult fiction that treats teenagers like real people. I love to eat and hate to cook.

10 thoughts on “YA Authors as YAs: The Jennifer Mathieu Edition + Giveaway (US only)”

You are here: YA Authors as YAs: The Jennifer Mathieu Edition + Giveaway (US only)