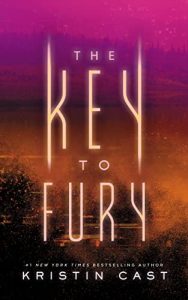 What price would you pay for freedom? Return to the acclaimed dystopian world of the Key by New York Times bestselling author Kristin Cast, as two young rebels fight to determine their own worth and change the world along with themselves.

Safety comes with a price.

The Key Corporation has kept Westfall safe from pandemics for the last fifty years. But that’s not all they’ve done …

After discovering the shocking truth behind the Key Corporation, nurse Elodie and misfit Aiden have managed to escape in search of New Dawn — the stronghold for the Eos resistance movement. There, they can fight for a better world, one where everyone can make their own futures.

But things aren’t always as they seem, and as they navigate the tricky paths between perception and reality, freedom and fighting for survival, the two young rebels must discover who they can trust, even as they learn more about who they really are …

And change also comes at a cost. 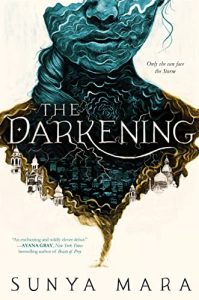 In this thrilling and epic YA fantasy debut, the only hope for a city trapped in the eye of a cursed storm lies with the daughter of failed revolutionaries and a prince terrified of his throne.

Vesper Vale is the daughter of revolutionaries. Failed revolutionaries. When her mother was caught by the queen’s soldiers, they gave her a choice: death by the hangman’s axe, or death by the Storm that surrounds the city and curses anyone it touches. She chose the Storm. And when the queen’s soldiers—led by a paranoid prince—catch up to Vesper’s father after twelve years on the run, Vesper will do whatever it takes to save him from sharing that fate.

Even arm herself with her father’s book of dangerous experimental magic.

Even infiltrate the prince’s elite squad of soldier-sorcerers.

Even cheat her way into his cold heart.

But when Vesper learns that there’s more to the story of her mother’s death, she’ll have to make a choice if she wants to save her city: trust the devious prince with her family’s secrets, or follow her mother’s footsteps into the Storm. 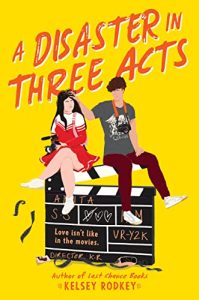 Saine Sinclair knows a little something about what makes a story worth telling.

Your childhood best friend refuses to kiss you during a pre-adolescent game of spin the bottle? Terrible, zero stars, would not replay that scene again. The same ex-friend becomes your new best friend’s ex? Strangely compelling, unexpected twist, worth a hate-watch. That same guy—why is he always around?—turns out to be your last shot at getting into the documentary filmmaking program of your dreams?

Saine hates to admit it, but she’d watch that movie.

There’s something about Holden that makes her feel like she’s the one in front of the camera—like he can see every uncomfortable truth she’s buried below the surface. Saine knows how her story’s supposed to go. So why does every moment with Holden seem intent on changing the ending? 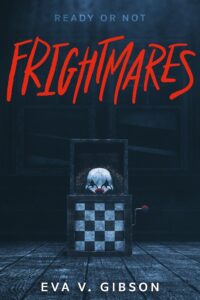 In a Florida tourist trap, a summer acting job turns into a real-life horror show when a cast member turns up dead—then disappears. This nail-biting story is perfect for fans of Fear Street!

Dave is spending his final summer before college working at Frightmares House of Horrors, a struggling haunted house attraction held together by malfunctioning killer clown mannequins, a cheap replica Annabelle doll, and a lot of improvising. After a particularly disastrous shift ends in an employee walkout, Dave reluctantly takes over a role for his friend, however, he makes a horrifying discovery—a real dead body, hidden on set. But when Dave returns with help, the body is gone. Though the killer covered their tracks, Dave realizes they must know what he saw. Could he be their next target?

Who We Were in the Dark (Jessica Taylor) 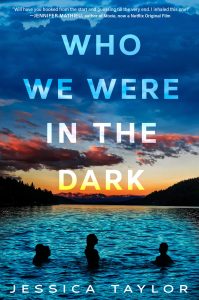 “Will have you hooked from the start and guessing till the very end. Jessica Taylor aces it. I inhaled this one!” —Jennifer Mathieu, author of Moxie, now a Netflix Original Film.
For fans of Suicide Notes from Beautiful Girls, The Liars of Mariposa Island, and Genuine Fraud, this coming-of-age mystery/thriller asks, How do you find someone you never really knew?

Donner Lake is famous for its dazzling waters, dramatic mountains, and the travelers trapped there long ago who did unspeakable things to survive. But for lonely Nora Sharpe, Donner was where a girl named Grace glided into her life one night and exploded her world.

After that, every summer, winter, and spring break, Nora, her brother, Wesley, the enigmatic Grace, and their friend Rand left behind their real lives and reunited at Donner Lake. There, they traded truth and lies. They fell in love. They pushed each other too far. They came to know one another better than anyone in some ways, and not at all in others.

But two years later, something has happened to destroy them. Grace is missing. And Nora must find her way through the unspoken hurts and betrayals of the last two years—and find her way back to Wesley and Rand—to figure out what exactly happened to Grace, the girl she thought she knew.