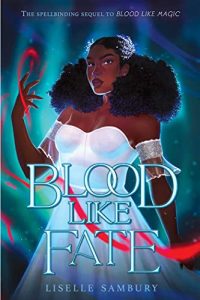 In the spellbinding sequel to “breath of fresh air for the genre” (Kirkus Reviews, starred review) Blood Like Magic, Voya fights to save her witch community from a terrible future, perfect for fans of Legendborn and Cemetery Boys.

Voya Thomas may have passed her Calling to become a full-fledged witch, but the cost was higher than she’d ever imagined.

Her grandmother is gone.
Her cousin hates her.
And her family doesn’t believe that she has what it takes to lead them.

What’s more, Voya can’t let go of her feelings for Luc, sponsor son of the genius billionaire Justin Tremblay—the man that Luc believes Voya killed. Consequently, Luc wants nothing to do with her. Even her own ancestors seem to have lost faith in her. Every day Voya begs for their guidance, but her calls go unanswered.

As Voya struggles to convince everyone—herself included—that she can be a good Matriarch, she has a vision of a terrifying, deadly future. A vision that would spell the end of the Toronto witches. With a newfound sense of purpose, Voya must do whatever it takes to bring her shattered community together and stop what’s coming for them before it’s too late.

Even if it means taking down the boy she loves—who might be the mastermind behind the coming devastation.

How You Grow Wings (Rimma Onoseta) 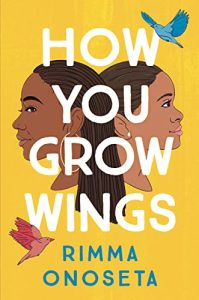 An emotionally riveting novel for fans of Ibi Zoboi and Erika L. Sánchez about two sisters in Nigeria on their journey to break free of an oppressive home.

Sisters Cheta and Zam couldn’t be more different. Cheta, sharp-tongued and stubborn, never shies away from conflict—either at school or at home, where her mother fires abuse at her. Timid Zam escapes most of her mother’s anger, skating under the radar and avoiding her sister whenever possible. In a turn of good fortune, Zam is invited to live with her aunt’s family in the lap of luxury. Jealous, Cheta also leaves home, but to a harder existence that will drive her to terrible decisions. When the sisters are reunited, Zam alone will recognize just how far Cheta has fallen—and Cheta’s fate will rest in Zam’s hands.

Debut author Rimma Onoseta deftly explores classism, colorism, cycles of abuse, how loyalty doesn’t always come attached to love, and the messy truths that sometimes, family is not a source of comfort, and that morality is all shades of grey. 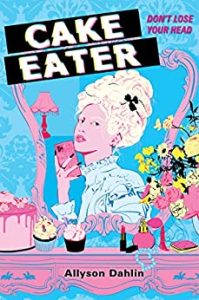 Decadent, thrilling, and romantic, this Black Mirror-esque retelling of the reign of one Marie Antoinette is perfect for fans of The Belles and American Royals.

The year is 3070, and Marie Antoinette has just arrived at the glittering, thrilling palace of Versailles to marry the shy, soft-spoken Louis-Auguste.

But beneath the luxurious world lies a sinister underbelly and an uncompromising elite who want to keep Marie and Louis pawns in a deadly game.

Will history repeat itself? Or will these doomed lovers outwit their enemies and escape their grisly fate?

Cake Eater will take readers to a dazzling world full of breathless luxuries, deadly secrets, and a thrilling romance that attempts to rewrite history itself.

The Undead Truth of Us (Britney S. Lewis) 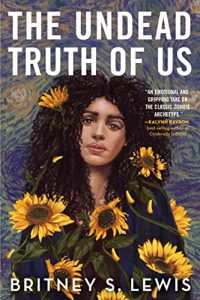 Death was everywhere. They all stared at me, bumping into one another and slowly coming forward.

Sixteen-year-old Zharie Young is absolutely certain her mother morphed into a zombie before her untimely death, but she can’t seem to figure out why. Why her mother died, why her aunt doesn’t want her around, why all her dreams seem suddenly, hopelessly out of reach. And why, ever since that day, she’s been seeing zombies everywhere.

Then Bo moves into her apartment building―tall, skateboard in hand, freckles like stars, and an undeniable charm. Z wants nothing to do with him, but when he transforms into a half zombie right before her eyes, something feels different. He contradicts everything she thought she knew about monsters, and she can’t help but wonder if getting to know him might unlock the answers to her mother’s death.

As Zharie sifts through what’s real and what’s magic, she discovers a new truth about the world: Love can literally change you―for good or for dead.

In this surrealist journey of grief, fear, and hope, Britney S. Lewis’s debut novel explores love, zombies, and everything in between in an intoxicating amalgam of the real and the fantastic.