May 18, 2015 No Comments
Written by Kayla King, Staff Reviewer
Posted in Monthly Column 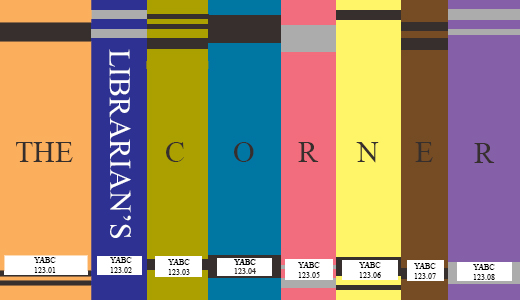 This month’s theme for the Librarian’s corner is all about picture books you can share with teens! Picture books aren’t just for kids and babies anymore. In fact, teens love storytime too!

For May, I am featuring some of my favorite picture books to share with teens, whether it’s solo reading, reading aloud to a group, or through an art workshop.
If you have a weekly after-school program for teens, bring in some of these picture books and surprise them with the dark humor you found within the stories. If you have an upcoming drawing class or art workshop use picture books to show different techniques and styles of illustration. At your next book club read some picture books aloud and discuss how teens felt and what they thought of the stories!
1.) The Dark
This is a favorite to read aloud to teens. The main character is a little boy who has to venture down into the basement, following the voice of “The Dark”, who is giving him instructions throughout the story. You can give The Dark a creepy-scary voice, and turn this seemingly innocent picture book into something a little twisted. The teens will be surprised by the ending, and maybe even want you to read it again.
2.) I Want My Hat Back
Jon Klassen’s award-winning solo picture book debut is also full of dark humor and a lot of interesting context. A bear can’t find his hat, and travels through the forest asking various animals if they have seen it. Teens will enjoy interpreting the expressions on the animals faces, giving them different voices, and most of all the sort of unhappy ending! There are also a lot of pop culture variations of this story on Youtube, which are fun to watch with teens.
3.) This is Not My Hat
The follow-up to I WANT MY HAT BACK, this picture book is even darker than the first. The story follows a whale whose hat has been stolen. The whale’s expressions are deviously funny, and the ending is simply unforgettable.
4.) The Flat Rabbit
One of the most unique picture books I’ve ever read, THE FLAT RABBIT will shock teens with its slightly gross and very strange treatment of animals. This is a story about a couple of strangers who find a, well, FLAT rabbit and try to figure out what to do with it. The rabbit is, of course, quite dead, but the main characters obviously don’t know that, which makes this dark story very humorous and also pretty disturbing.
5.) The Queen’s Shadow
By far my favorite picture book of the year, THE QUEEN’S SHADOW is actually a non-fiction book in disguise. Through the story of a queen’s dinner party, readers will learn about the science of sight and the differences between many kinds of animal vision. The characters include a mantis shrimp detective, a regal shark, a quirky pair of sea urchins, and a haughty pigeon. Each animal is an important member of the queen’s retinue, and each has its own reason why they couldn’t have been the one to steal the queen’s shadow. They must all make their case in order to solve the mystery of the missing shadow, and each character has a very unique voice that makes this an absolute delight to read aloud.
6.) Aviary Wonders Inc.
This isn’t so much a book as it is a catalog for the future pet-owner. And by that I mean, pet owners of the distant future, a future in which birds are extinct and people must purchase their fabricated counterparts through catalogs. With a wholly unique take on environmentalism, the Spring Catalog and Instruction Manual from Aviary Wonders Inc. will start some very interesting discussions between you and your teens.
7.) The Main Coon’s Haiku
Purr-fect for cat and poetry lovers alike, this book is great for a book club, poetry workshop or class, or just for a relaxing afternoon hanging out at the library. The wealth of poems are all in the haiku style, and are very well-written. Each haiku is a reflection of the cat breed it accompanies. They also evoke the seasons nature, feelings of playfulness and enjoyment, and many other emotions. Young readers will enjoy the playful words, while older readers will catch the clever references and jokes contained within.
Eden Grey is the Young Adult Programming Librarian at the Erlanger branch of the Kenton County Public Library system, the busiest branch library in the state of Kentucky. Eden is a contributor to Teen Services Underground, and reviews books for YABC and School Library Journal. When she is not herding cats -ahem, teens- at the library, Eden can be found reading, knitting, sewing, cosplaying, and playing Pokemon. You can always find her on Twitter (@edyngrey), and Blogging Between the Lines.
Tags: May 2015, Picture Books, Read Aloud, The Librarians Corner

You are here: The Librarian’s Corner