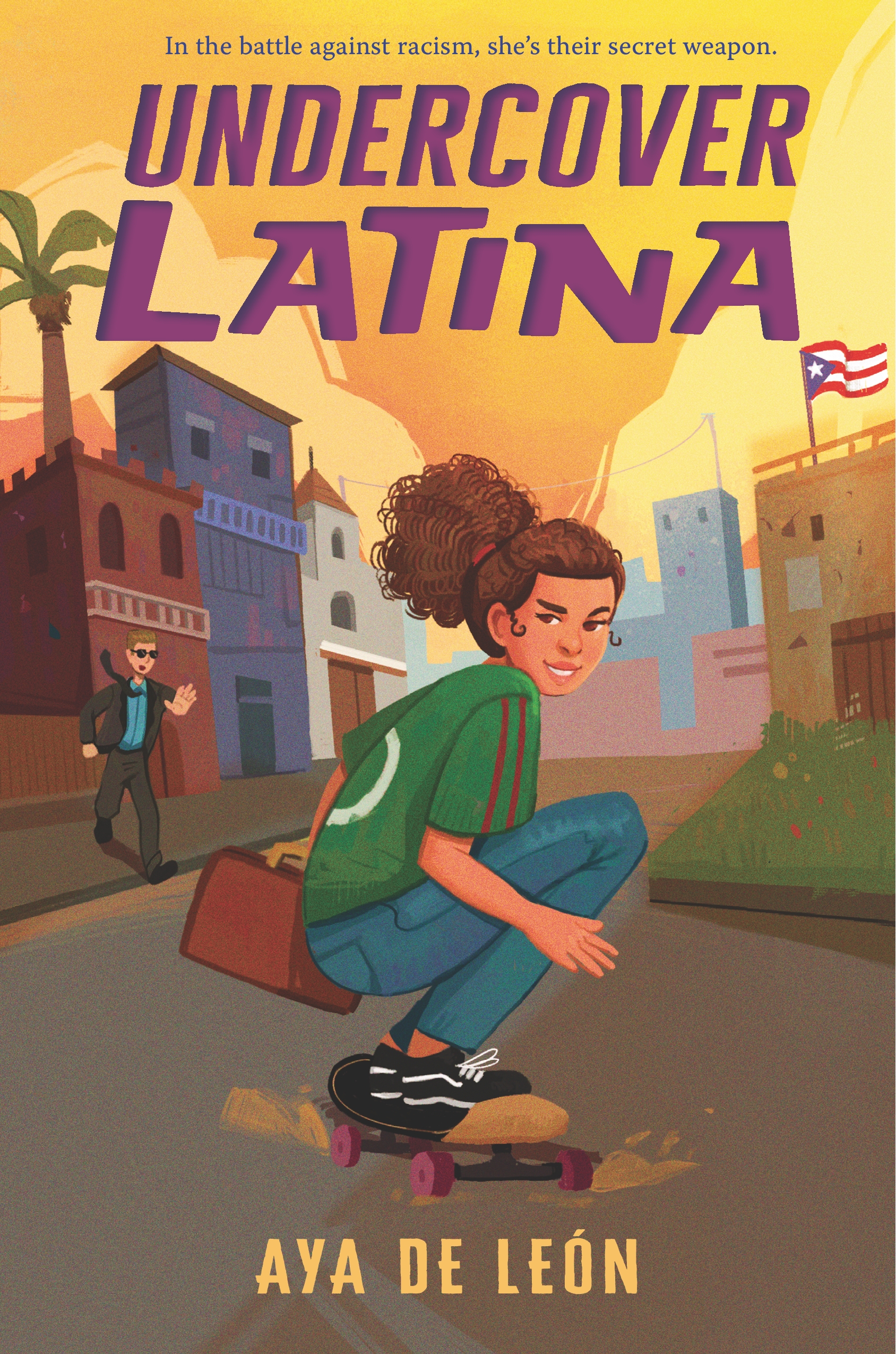 Read on for more about Aya, her book, and a giveaway. 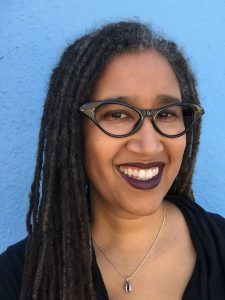 Aya de León is the Afro-Latina author of several suspense novels for adults, as well as The Mystery Woman in Room Three, an open-source online novel about two undocumented Dominican teens who uncover a kidnapping plot to stop the Green New Deal. She teaches creative writing at the University of California, Berkeley, and is active in movements for racial, gender, and climate justice. She lives in Northern California. 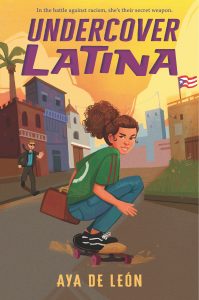 In her debut for younger readers, Aya de León pits a teen spy against the ominous workings of a white nationalist. Fourteen-year-old Andréa Hernández-Baldoquín hails from a family of spies working for the Factory, an international organization dedicated to protecting people of color. For her first solo mission, Andréa straightens her hair and goes undercover as Andrea Burke, a white girl, to befriend the estranged son of a dangerous white supremacist. In addition to her Factory training, the assignment calls for a deep dive into the son’s interests—comic books and gaming—all while taking care not to speak Spanish and blow her family’s cover. But it’s hard to hide who you really are, especially when you develop a crush on your target’s Latino best friend. Can Andréa keep her head, her geek cred, and her code-switching on track to trap a terrorist? Smart, entertaining, and politically astute, this is fast-paced upper-middle-grade fare from an established author of heist and espionage novels for adults.

A Latina teen spy goes undercover as a white girl to stop a white supremacist terrorist plot in a fast-paced middle-grade debut from a seasoned author of contemporary crime fiction.

A grown man is no match for a teenage girl on a skateboard. Even if he’s wearing sneakers and athletic gear. We called this guy El Rubio, because of his pale blond hair, and I was supposed to grab the briefcase from him. ­ Then I’d skate the two blocks from the hotel lobby to where my parents were waiting with the car running, and we’d get away clean.

El Rubio was suspicious of adults, so Mami, Papi, and the other grown-ups were out of the question for this mission. My brother was only ten, so he would attract too much attention; El Rubio would expect parents somewhere nearby. Besides, his legs were too short to outrun a grown man. But I’m fourteen: long-legged and old enough to be in the lobby by myself. Besides, teenage girls are rarely seen as threats.

I flipped through the brochures in the bright hotel lobby. I was wearing long shorts and a touristy Puerto Rico T-shirt, as though my own mother wasn’t Puerto Rican. My curly hair was pulled back in a ponytail and I chewed gum. I had my earbuds in like I was listening to music, but really it was Mami’s voice. “­ The housekeeper says he’s on his way down.”

I reread the brochure for waterskiing. My back was to El Rubio when he exited the elevator. His gaze moved past me and landed on the young man sweeping the marble floor: Hector, a member of our team.

Mami and Papi were letting me take an active role on a mission, but not without a chaperone.

El Rubio walked to the reception desk and asked the clerk to get his briefcase from the safe. I strolled to the other end of the desk, brochure in my hand. El Rubio checked on Hector from time to time. Hector kept sweeping. ­

The clerk came back with the briefcase, and that’s when I struck. I leaped forward and grabbed the case just as the clerk was handing it over, and then I raced out through the lobby door. “She’s got the case,” Hector’s voice rang out in my headphones. “Made it out clean.” I jumped on my skateboard and tore down the hotel driveway.

I had nearly gotten to the street when El Rubio came running out after me.

He was way behind me, but an unexpected obstacle appeared. Two men in business suits, overdressed for the muggy San Juan morning, happened to be getting out of a dark vehicle on the sidewalk in my path. ­ They were clearly expecting to go from air-conditioned cars to air-conditioned rooms.

They stood up outside the car and cut me off.

These guys were with El Rubio? I skidded to a stop on the skateboard.

Suits and all, the two guys came running toward me.

I did an about-face and kicked hard to get the board speeding fast in the other direction. I’d have to circle back to meet my parents.

But there was a problem. This new terrain turned from smooth paved roads to the oversize blue cobblestones of Old San Juan. On the uneven ground, I wobbled and almost fell.

¡Carajo! I jumped off the skateboard and snatched it up. Now I had the board in one hand and the briefcase in the other. Instead of being a swift teen girl, I was an encumbered teen girl. With both hands full, I couldn’t tap the microphone to call in my location to my parents—at least not while I was running. Hector said I had gotten out clean, but had I?