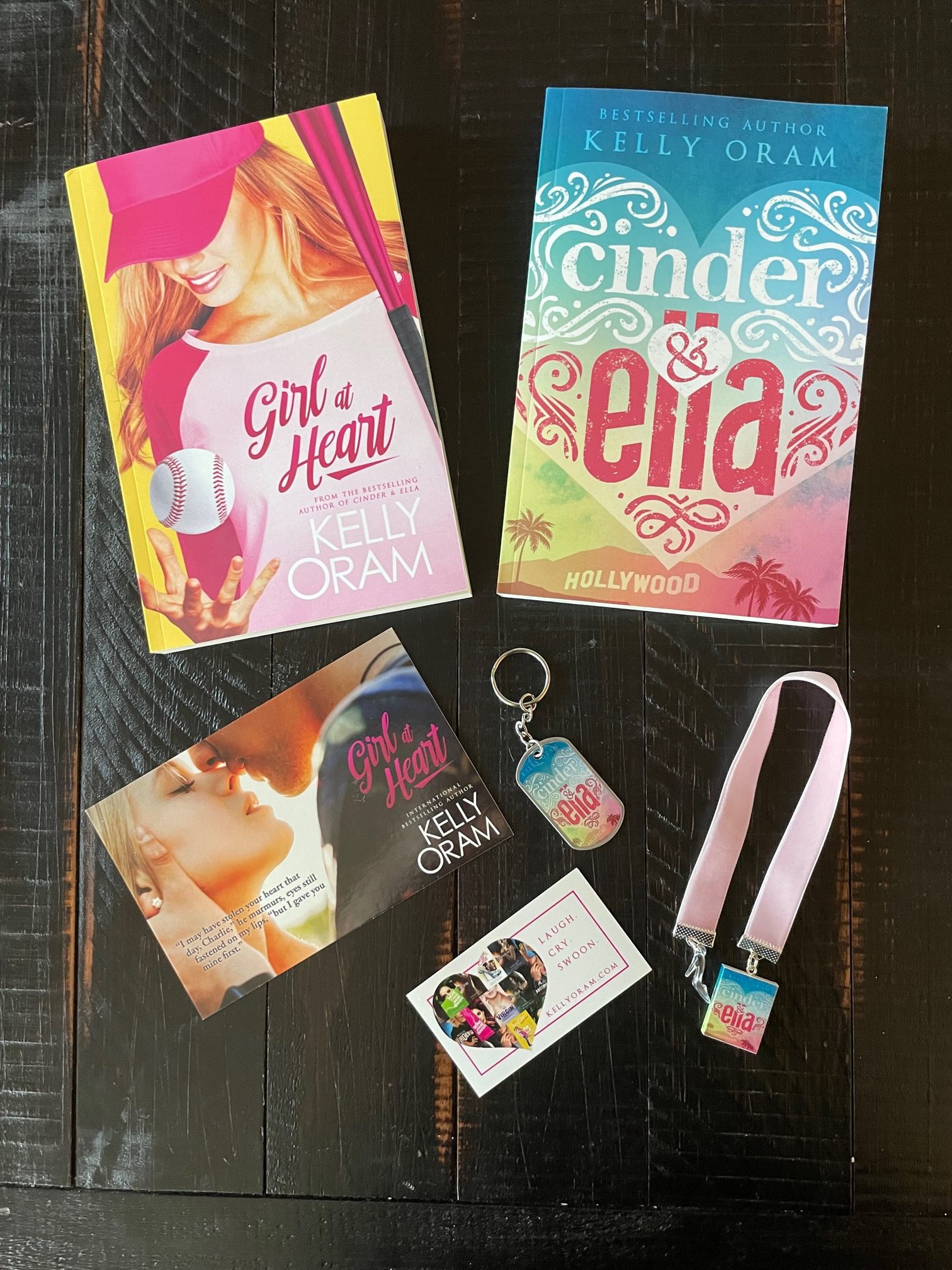 Read on for more about Kelly, her book, and a giveaway! 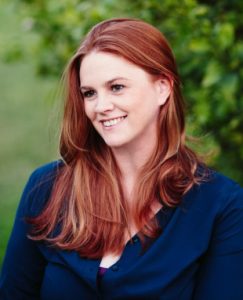 Kelly Oram wrote her first novel at age fifteen–a fan fiction about her favorite music group, The Backstreet Boys, for which her family and friends still tease her. She’s obsessed with reading, talks way too much, and likes to eat frosting by the spoonful. She lives outside of Phoenix, Arizona with her husband and four children.

About the Book: The Starburst Effect 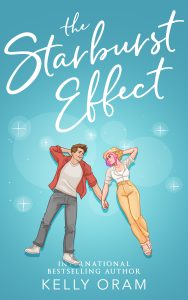 Lily Rosemont lives next door to the biggest jerk in high school. Noah Trask has bullied Lily for years, and now he’s ruined her senior year by making her a target and turning the whole school against her. On top of that, her parents are getting divorced, and her world is falling apart around her.

After an accident on the football field leaves Noah with a traumatic brain injury, shattering his life as he knew it and leaving him with a whole heap of new disabilities, he’s no longer at the top of the high school food chain. In fact, he’s right down at the bottom with Lily.

In a cruel twist of fate, if Noah wants to graduate high school on time, he needs Lily’s help to complete a project—a book he wants to write about his experience. Lily’s not sure she can put aside her anger and hate for the boy who destroyed her senior year, but she desperately needs this project to get a scholarship to college.

It doesn’t take long for Lily to realize that the Noah who got injured is not the same Noah who survived the accident. He’s different. Way different. Lily slowly softens to this new Noah, but can she find it in her heart to forgive him? Can the two most unlikely people find friendship in adversity and help each other pick up the pieces of their broken lives?

Noah falls to his bed, lies back, and puts his hands behind his head, looking up at the faded glow-in-the-dark stars that have probably been on his ceiling since he was a little boy. “I like music,” he admits. “Can’t really follow lyrics anymore, but…” He struggles for a moment, then sighs.

“But you can still enjoy the music?” I guess.

There’s a hint of melancholy in his voice that makes me sad. How many things in his life have been affected, or even taken from him, because of his injury? His inability to follow a fast conversation or stay focused for long periods of time must make him miss out on so much.

Wanting to take his mind off of whatever’s got him down, I cross the room and push his arm, forcing him to make room for me on the bed. He scoots over, and it feels natural to lie down beside him as if we’re just two friends hanging out for the millionth time. “What else do you do?” I ask, staring up at the stars with him. “What are your hobbies now, besides listening to awesome music?”

He opens his mouth, then shuts it again. His brow furrows. Whatever he wants to say, he can’t come up with the answer. “I can’t remember the name,” he says with a grunt of frustration.

He leans up and reaches over me to grab a TV remote off his nightstand. My breath catches. I don’t think he meant to practically lay on top of me, but my body seems to come alive from his nearness. And have I mentioned before how good he smells? I need to find out what cologne he uses and then spray my pillow with it or something.

Oblivious to the chaos he’s just put my body through, he sits back, placing his pillow up against the headboard. I sit up with him, attempting to get my heart rate back to normal, while he finds whatever it is he’s looking for. Once the TV and a Netflix menu comes up, things seem to click back in place for Noah. “There it is.” He finds what he’s looking for in his Continue Watching list.

I grin at the show he pulls up. “You watch Bob Ross?”

He acts offended by the teasing tone in my voice. “Bob Rock is cool.”

I hold my hands up. “I don’t disagree. I just didn’t figure you for the type.”

He shrugs. “I like art. Plus, he talks slow enough, and it’s not over…over…”

It makes sense. Bob Ross is very slow and soothing. I’m sure it’s one of the few shows he can follow fairly well. He clicks on an episode and leaves the show on mute. For a minute, we watch Bob Ross paint the beginnings of a mountain landscape while The Mad Hatters jam out softly in the room. It’s nice. “You ever painted along with him?” I ask, pointing at the screen. “I’ve always wanted to try it. I bet you could follow along. Or at least you could pause and rewind as much as you needed.”

His eyebrows climb his forehead. He watches the screen, and after a few seconds, nods his head. “Maybe.”

He perks up the tiniest bit, and there’s a touch of excitement in his voice when he says, “Let’s tire it. My mom will get us the…the…” He mimes painting. “She always wants me to try new things.”

Noah nudges my shoulder with his. “Next weekend. It’s a date.”

I smile to myself. Painting with Noah sounds fun. I could play it off as a “friends” thing, but something stops me. Taking a breath, I force myself to take a chance on something that might be strange but could also be amazing. “It’s a date,” I agree. 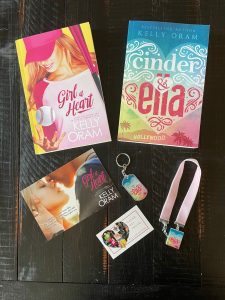 As the daughter of a successful Major League pitcher, Charlie Hastings has baseball in her blood. Unfortunately, being the only girl on her high school baseball team, Charlie has always been just one of the guys.

When her best friend, and secret love of her life, asks another girl to the prom, Charlie is devastated. She’s tired of being overlooked by boys because she’s not like other girls. Suffering a massive identity crisis, she decides to hang up her cleats and finally learn how to be a girl.

But with only two weeks until the state championships, the Roosevelt High Ravens can’t afford to lose their star catcher. Team captain Jace King makes her a deal: Don’t quit the team, and he’ll help her become the girl she’s so desperate to be. After all, he’s got four sisters, one of whom happens to be a cheerleader. He knows a thing or two about girls. (And if he can win her heart in the process, all the better.)

From the bestselling young adult author of Cinder & Ella, V is for Virgin, and the Avery Shaw Experiment comes a new sweet romance that’s sure to leave you with all the feels! Girl at Heart is a clean and wholesome sports romance that will leave you with warm fuzzies and an itch to watch a baseball game.

4 thoughts on “Spotlight on The Starburst Effect (Kelly Oram), Plus Giveaway! ~US ONLY”

You are here: Spotlight on The Starburst Effect (Kelly Oram), Plus Giveaway! ~US ONLY