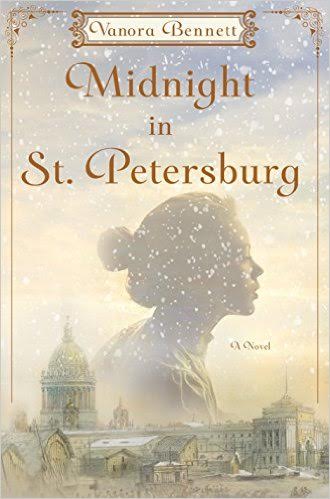 Today, we’re spotlighting Midnight in St. Petersburg. Vanora Bennett’s new release brings readers back in time to the world of historic Russia. Read on for a sneak peek of this book and a chance to enter the giveaway! 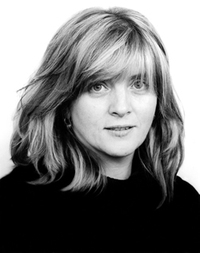 Vanora Bennett studied Russian at Oxford University and in the USSR. She began her career as a journalist at Reuters and went on to serve as the Moscow correspondent for the Los Angeles Times, winning a U.S. Overseas Press Club award for her writing on Russia. She now lives in Britain and has won the Orwell Prize for political writing for her work at The Times (UK). She is the author of four novels, including Portrait of an Unknown Woman, and two books of nonfiction.

St. Petersburg, 1911: Inna Feldman has fled the pogroms of the south to take refuge with distant relatives in Russia’s capital city. Welcomed by the flamboyant Leman family, she is apprenticed into their violin-making workshop. She feels instantly at home in their bohemian circle, but revolution is in the air, and as society begins to fracture, she is forced to choose between her heart and her head. She loves her brooding cousin, Yasha, but he is wild, destructive and devoted to revolution; Horace Wallick, an Englishman who makes precious Faberge creations, is older and promises security and respectability. And, like many others, she is drawn to the mysterious, charismatic figure beginning to make a name for himself in the city: Rasputin.

As the rebellion descends into anarchy and bloodshed, a commission to repair a priceless Stradivarius violin offers Inna a means of escape. But which man will she choose to take with her? And is it already too late? A magical and passionate story steeped in history and intrigue, Vanora Bennett’s Midnight in St. Petersburg is an extraordinary novel of music, politics, and the toll that revolution exacts on the human heart.

Sounds great, right?! With introductions in order, we’re happy to reveal a sneak peek just for you!

Excerpt from Midnight in St. Petersburg:

The train was still hurtling through the darkness, with hours to go before St. Petersburg and dawn, when Inna had her fortune told.

Not that she’d ever meant to show her palm to a gypsy. She’d slunk on to that train in terror of being noticed at all.

Of course, she couldn’t help hearing what was being said by all the raucous men crowded together on the bottom bunks of the communal compartment, drinking, eating sausage and chicken legs and eggs, and singing along to a squeezebox playing sad songs far too loud and fast. She couldn’t help being aware, either, that there was a gypsy woman on the bunk below hers, reading the drunks’ hands.

But she’d spent the first part of the journey pressed up against the wall of her top bunk, keeping very quiet, like all the other shad- ows in all the other corners she didn’t dare look at, shying away from the noisy talk. In an attempt not to be overwhelmed by the racing of her heart, she’d been repeating, hypnotically, in time with the rhythm of the wheels, ‘Nearly safe, nearly safe, nearly safe . . .’

She’d never have imagined, alone with her fear, that anything or anyone could have persuaded her out of the prickly darkness. Until it happened. The talk had been enough to keep her hidden – the talk that kept coming back to the assassination.

The Prime Minister, shot dead in the theatre in Kiev by a terrorist.

The Tsar, down south on a visit, standing in the brilliantly lit royal box, frozen-faced as a photograph, watching Stolypin hold his chest and stagger to his knees.

What I don’t understand is, how did he get past the security police in the first place?

He had a pass, can you believe? I was told he was a police informer himself.

An anarchist, I heard.
Or some sort of Red. An SD, an SR . . .
But a Jew, of course.
There, of course. Her heart thudded. It was only ever a question

of time before the conversation turned to the Jews.

Reds, Yids, what’s the difference? Always the Yids, isn’t it? A viper in the much-suffering Russian breast.

The door kept banging. Word must have gone around in the restaurant carriage that there was a gypsy telling fortunes down in the third class. New drunks came, wanting to cross the woman’s palm with silver.

Miserably, she heard: Yeah, give them a good kicking. And, after a rustle of newsprint, another voice, less obviously belligerent, but nasal and full of hate: Yes, like it says here . . . ‘The Government must recognize that the Jews are as dangerous to the life of mankind as are wolves, scorpions, reptiles, poisonous spiders and other such-like creatures. These are destroyed because of the risk they present to humanity. Yids must likewise be placed under conditions that will make them gradually die out. This is the task of the Government and the best men in the country.’

There was a roar of approval. Inna cringed back. Here, too, she thought; they’re the same even up here.

And then it died away. 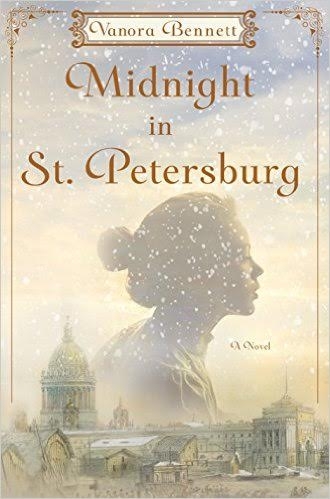 One winner will receive an early read copy of Midnight in St. Petersburg, US only.

11 thoughts on “Spotlight on Midnight in St. Petersburg by Vanora Bennett, Plus Giveaway”

You are here: Spotlight on Midnight in St. Petersburg by Vanora Bennett, Plus Giveaway