I am thrilled to be hosting a spot on the THE STAR THAT ALWAYS STAYS by Anna Rose Johnson Blog Tour hosted
by Rockstar
Book Tours. Check out my post and make sure to enter the giveaway! 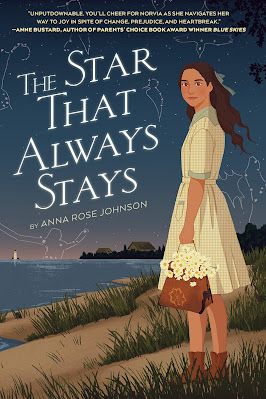 Title: THE
STAR THAT ALWAYS STAYS

When
bright and spirited Norvia moves from the country to the city, she has to live
by one new rule: Never let anyone know you’re Ojibwe.

Growing up on Beaver Island, Grand-père told Norvia stories—stories about her
ancestor Migizi, about Biboonke-o-nini the Wintermaker, about the Crane Clan
and the Reindeer Clan. He sang her songs in the old language, and her
grandmothers taught her to make story quilts and maple candy. On the island,
Norvia was proud of her Ojibwe heritage.

Things are different in the city. Here, Norvia’s mother forces her to pretend
she’s not Native at all—even to Mr. Ward, Ma’s new husband, and to Vernon,
Norvia’s irritating new stepbrother. In fact, there are a lot of changes in the
city: ten-cent movies, gleaming soda shops, speedy automobiles, ninth grade.
It’s dizzying for a girl who grew up on the forested shores of Lake Michigan.

Despite the move, the upheaval, and the looming threat of world war, Norvia and
her siblings—all five of them—are determined to make 1914 their best year ever.
Norvia is certain that her future depends upon it… and upon her
discretion.

But how can she have the best year ever if she has to hide who she truly is?

Sensitive, enthralling, and classic in sensibility (perfect for Anne of
Green Gables fans), this tender coming-of-age story about an
introspective and brilliant Native American heroine thoughtfully addresses
assimilation, racism, and divorce, as well as everygirl problems like first
crushes, making friends, and the joys and pains of a blended family. Often
funny, often heartbreaking, The Star That Always Stays is a
fresh and vivid story directly inspired by Anna Rose Johnson’s family history.

The Star that Always Stays

The wind swallowed up Norvia Nelson’s words, and she wasn’t even sure if her older brothers had heard her. Only one question had circled the house for days: When would Pa come home?

Norvia ran from the little porch toward the shoreline of Lake Michigan, hoping to see any evidence of the stalwart schooner Rouse Simmons manifesting on the dusky horizon. The sky rumbled over- head, glowering with thunder. And the island’s harbor—a collection of wooden docks and flickering lights—was battered by waves below.

“Nothing yet,” said Norvia, returning to the porch where her brothers were waiting.

“He shouldn’t have gone on this trip.” Elton leaned against the doorway, gazing out at the shifting, gloomy waters.

“I say, the more he wants to go away, the better,” said Herman—but he glanced nervously at the tossing waves, too.

Elton folded his arms. “I just don’t understand why he’d break a promise like that. He told Ma he wouldn’t go out on a late run ever again.”

“He promised a lot of things,” Herman shot back.

“And he’s kept most of his promises,” said Norvia, turning away from them. All she wanted was for her father to come home— then everything could be normal. He would stride in—smiling, she hoped—and Ma would be so relieved to have him safely back that she wouldn’t be angry anymore. Perhaps Pa would even bring them gifts from the mainland—a necklace for her, something special for Ma— and they’d all laugh and sit around the hearth watching the flames of the fire unravel and snap and sparkle. . . .

He was right. The wind was cold and the waterline empty. Norvia lingered just a few minutes more, then followed the boys inside.

Casper—the youngest of her three brothers—stood by the front window, pressing his face against the rain-spattered glass. “Suppose they’ve been wrecked off one of the Fox Islands. Suppose they have to send a search crew after ’em?”

She looked through the pane too, straining her eyes, willing Pa to sail home to them.

“The waters around Beaver Island are kind to their sons,” said Grand-père, who had come to look out the window with them. “He’ll come home all right.” 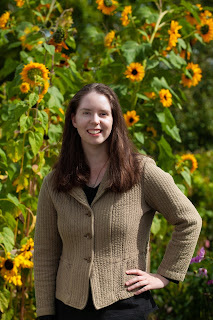 Anna Rose
Johnson is a journalist, blogger, and seasoned correspondent for Inside
Gymnastics. Anna is passionate about historical fiction, the Native experience,
and writing for children. She is a member of the Sault Ste. Marie Chippewa
Tribe; The Star That Always Stays is directly based on her great-grandmother.
Find her at annarosejohnson.com.

1 winner will receive a finished copy of THE STAR THAT ALWAYS STAYS, US Only.

3 thoughts on “Rockstar Tours: THE STAR THAT ALWAYS STAYS (Anna Rose Johnson) Excerpt & Giveaway! ~US ONLY”

You are here: Rockstar Tours: THE STAR THAT ALWAYS STAYS (Anna Rose Johnson) Excerpt & Giveaway! ~US ONLY