I am thrilled to be hosting a spot on the GHOSTCLOUD by Michael Mann Blog Tour hosted by Rockstar Book Tours. Check out
my post and make sure to enter the giveaway! 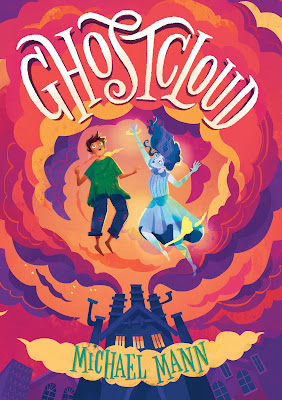 A riveting, magical escapade about finding friendship and the
courage to set yourself free against all odds.

Kidnapped and forced to shovel coal underground, in a half-bombed power
station, 12-year-old Luke Smith-Sharma keeps his head down and hopes he can
earn his freedom from the evil Tabitha Margate. Then one day he discovers he
can see things that others can’t. Ghostly things. A ghostly girl named Alma,
who can bend the shape of clouds to her will and rides them through the night
sky. With Alma’s help, Luke discovers his own innate powers and uncovers the
terrible truth of why Tabatha is kidnapping children and forcing them to shovel
coal. Desperate to escape, Luke teams up with Alma, his best friend Ravi, and
new girl Jess. Can Luke and his friends get away before they each become
victims to a cruel and sinister scheme?

Debut author Michael Mann delivers a wildly imaginative middle grade fantasy
set in a smoke-stained world that’s sure to entertain readers who are eager for
an adventure with paranormal superpowers.

This book is set in London, but not as we know it. It is a London where Big Ben beeps and Battersea Power Station belches out smoke; where bustling river markets float on the rising water and kidnapping is rife; where the Channel Tunnel lies closed, ever since the old war ended.

And far below, hidden underground, children are shoveling . . .

Luke Smith-Sharma lived beneath Battersea Power Station. It was a gloomy place with towering chimneys and blackened bricks. A treacly darkness oozed from its walls, and at night the corridors were stalked by shadows.

“Come on, speed up!” hissed Ravi, from behind. “You’re spilling the coal.”

“Sorry, I was thinking.”

Luke was a shoveler for the station’s first chimney. He kept the fuel coming in the great furnace room, feeding the fires till they glowed white-hot. Lines of children, one hundred kids long, snaked across the hall to the hungry flames, each passing coal dust to the child in front. Hidden from the millions of people above, they powered all of London: from Big Ben’s beep to the robot-horse carriages, from Buckingham Palace to London Zoo.

“You know, I miss homework. And detention. And Brussels sprouts.”

Luke tightened his grip on the rust-iron shovel. He ignored the chafe of his sackcloth collar and the tickle of sweat on his neck and brow. He had to keep shoveling. Nobody ever stopped shoveling. Not unless they wanted to be fuel themselves.

Iron scraped carbon. Lungs panted hot air. Dancing flames hissed and crackled. These were the sounds of the furnace room. The same sounds he’d heard for over two years. But each week, on Sunday, he heard a different set of sounds. And you had to be ready.

A door creaked. A deliberate creak he knew well. It was followed by a hush that rolled up the line, silencing guards and children alike, then the echo of heels on a hot stone floor.

“Don’t look back,” Ravi said. “Keep your eyes on the shovel!” Shovel down. Scoop up. Lift. Pass forward. 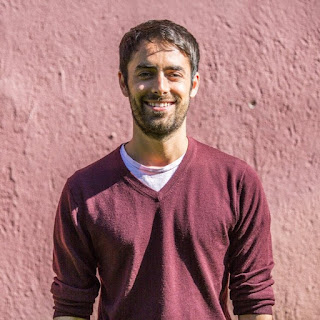 Michael’s
first writing success was for a poem about potatoes – in a competition run by a
Yorkshire school catering company. As a ‘reward’, he had to shake hands with a
giant potato mascot in front of his entire school. It would be many years
before he dared write again.

These days, Michael is a teacher by day, dad by night, and mostly writes when
he should be sleeping. He owes the idea for his middle grade novel, Ghostcloud,
to his coal-mining grandad and a lifelong love of cloudspotting. He’s
half-Indian and passionate about diversity in children’s literature, and loves
books that keeps kids turning the page.

He has a first-class degree in anthropology, lives in East London with his
(very patient) partner and their (less patient) toddler, and can be found
playing board games when he’s not busy losing his wallet. Michael was an
Undiscovered Voices 2020 finalist, and his debut middle grade novel Ghostcloud
will publish with Hachette in October 2021.

1 winner will receive a finished copy of GHOSTCLOUD, US Only.

Elephants Remember: A True Story
Little Hearts: Finding Hearts in Nature
Albie on His Way
A Cruel and Fated Light
Breakfast Buddies
Down in the Dumps: The Mystery Box
Down in the Dumps: Trash vs. Trucks
Down in the Dumps: A Very Trashy Christmas
Jingle the Christmas Clown
Map of Flames (The Forgotten Five #1)
Reindeer in Here: A Christmas Friend
I'm a Little Snowman
Santa Mouse Bakes Christmas Cookies (A Santa Mouse Book)
A Very CoComelon Christmas!
Happy All-idays!
The Love Match
The Magic Pencil
Leo's Lavender Skirt
Feminist Kids
Be Careful, Bruno!
A Rock in the Ocean
Skyriders
When You Wish Upon a Lantern
Keyana Loves Her Family
How Many Squirrels Are in the World?
Dreams of Song Times
The Quiet and the Loud
Romani Redd: Stripped
Mr. Bear's World of Food
Augland

You are here: ROCKSTAR TOURS: GHOSTCLOUD (Michael Mann), Excerpt & Giveaway! ~US ONLY