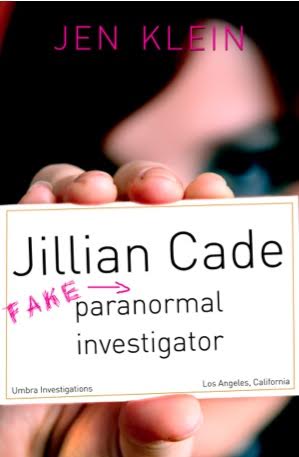 Compulsion (Book One of Heirs of Watson Island)

Simon & Schuster, Simon Pulse ISBN: 18732883
Three plantations. Two wishes. One ancient curse.
Three hundred years ago, an ancient spirit cursed one of the founding families of Watson Island and gave the other two magical gifts that became compulsions. Arriving for the first time at her aunt’s plantation home, Barrie Watson finds herself haunted by the ghosts of a generations-old feud and hunted by forces she can’t see. With the help of Eight Beaufort, who seems to know what she wants before she knows herself, the last Watson heir starts to unravel her family’s twisted secrets. What she finds is dangerous: a love she never expected, a river that turns to fire at midnight, a gorgeous cousin who isn’t what she seems, and very real enemies who want both Eight and Barrie dead.
RT Book Reviews Top Pick & Editor’s Best ~ USA TODAY Must-Read Paranormal ~ Goodreads Best Books of the Month & YA Best Books of the Month

Simon & Schuster, Simon Pulse ISBN: 148141125X
As reporters chasing rumors of a stolen shipment of Civil War gold descend on Watson Island, Barrie Watson discovers more is buried at Colesworth Place than treasure. A mysterious, magical man claims the key to the Watson and Beaufort gifts and the Colesworth curse also lies beneath the mansion, and Barrie has no option but to help him find it. While she and Eight Beaufort struggle to make sense of the escalating danger and their growing feelings for each other, Barrie must decide not only whom to trust, but which gift is more reliable—Eight’s or her own. With the fate of the founding families at stake, she has to choose between what she feels deep in her heart and what will keep her loved ones safe.

Hardcover, 10/25/15
Simon & Schuster, Simon Pulse ISBN: 1481411306
Caged by secrets all around her and haunted by mistakes that have estranged her from Eight Beaufort, Barrie Watson is desperate to break the curse that puts her family in danger—without breaking the beautiful magic that protects Watson’s Landing. To do that, she must heal the rifts that have split the families of the island apart for three hundred years, unravel the mystery of the Fire Carrier and the spirits he guards, and take control of forces so deadly and awe-inspiring they threaten to overwhelm her.
With the spirits that cursed Watson Island centuries ago awake and more dangerous than ever, she finds an unlikely ally in the haunting and enigmatic Obadiah, whose motivations and power she still can’t read—or trust. His help comes at a price, however, plunging Barrie into a deadly maze of magic and wonder, mystery and intrigue that leads through history to places she never imagined she could go. 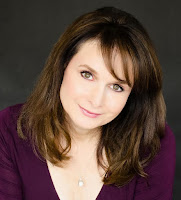 Martina Boone was born in Prague and spoke several languages before learning English. She’s the acclaimed author of the romantic southern gothic Heirs of Watson Island series, including Compulsion (Oct ’14), Persuasion (Oct ’15), and Illusion (Oct ’16), from Simon & Schuster, Simon Pulse. She’s also the founder of AdventuresInYAPublishing.com, a three-time Writer’s Digest 101 Best Websites for Writers Site, and YASeriesInsiders.com, a site dedicated to encouraging literacy and reader engagement through a celebration of series literature. She’s on the Board of the Literacy Council of Northern Virginia and runs the CompulsionForReading.com program to distribute books to underfunded schools and libraries.She lives with her husband, children, a sheltie puppy, and a lopsided cat, and she enjoys writing contemporary fantasy set in the kinds of magical places she’d love to visit. When she isn’t writing, she’s addicted to travel, horses, skiing, chocolate flavored tea, and anything with Nutella on it.

Win the SELECTION series by Kiera Cass, including signed copies of THE SELECTION, THE ELITE, and THE ONE, plus THE HEIR, along with a COMPULSION FOR READING t-shirt and a signed set of COMPULSION, PERSUASION, and ILLUSION charm bookmarks. You are here: Release Day Blast for Persuasion Paperback by Martina Boone & GIVEAWAY!!