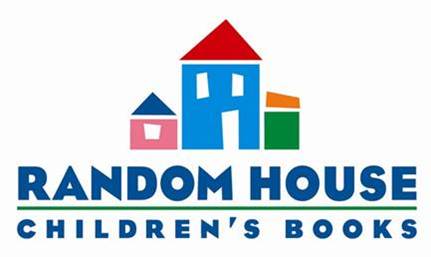 The Apocalypse Guard series is set in a world parallel to that of the Reckoners, and an organization of superpowered individuals is at its center. Their collective objective is to save doomed planets, until the day something goes horribly wrong and it is up to one young member of the guard to fix things before time runs out for her and the planet she calls home.

Publication of the first book in the series is planned for spring 2018.

“With the success of the Reckoners titles, and most recently with the series hitting #1 on the New York Times list, we have seen Brandon’s writing resonate with teens just as it does with adults,” said Horowitz. “We are thrilled to be Brandon’s YA home and are excited to publish these new novels, which are sure to be enjoyed by readers of many ages.”

Brandon Sanderson is a #1 New York Times bestselling and award-winning fantasy author, with books published in more than 25 languages, and millions of copies sold around the world. The Reckoners series will debut at #1 on the March 6, 2016 New York Times Children’s Series Bestsellers List, following the publication of CALAMITY, the third and final installment in the series. STEELHEART and FIREFIGHT, the first two books in the series, also debuted at #1 upon their respective publications in 2013 and 2015.

Sanderson is a two-time Hugo Award winner and received the 2015 Kentucky Bluegrass Award. Alcatraz vs. the Evil Librarians was previously optioned for film by DreamWorks Animation. His Mistborn series is in development for both feature film and video game release, and his novella Legion was optioned to Lionsgate.

Brandon Sanderson’s book publishing career began at Tor with the standalone fantasy Elantris,  followed by his Mistborn trilogy, a modern classic of the fantasy genre with more than 2.5 million copies sold in the English language, and includes The Way of Kings and Words of Radiance, the first two books in a projected ten-volume series called The Stormlight Archive. In December 2007, Brandon was chosen to complete Robert Jordan’s The Wheel of Time series after Jordan’s untimely passing. The final volume, A Memory of Light, was published in January 2013. In October 2007, Sanderson entered the world of children’s publishing with Alcatraz vs. the Evil Librarians, a middle-grade novel. STEELHEART was his first book for a young adult audience.

Sanderson received his master’s degree in creative writing from Brigham Young University, where he now teaches. He lives with his wife, Emily, in Utah. Follow Brandon on Twitter @BrandSanderson.

You are here: Random House Press Release: New YA Trilogy from Brian Sanderson