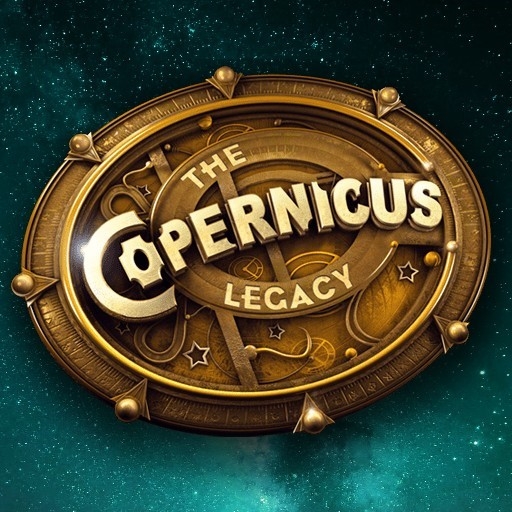 The beloved children’s book series, The Copernicus Legacy by Tony Abbott comes to life with the use of voice controls!

Boden, Sweden (January 19, 2022): Wanderword, the leader in interactive audio entertainment, has signed a licensing agreement with HarperCollins Publishers to bring The Copernicus Legacy series by bestselling author Tony Abbott to a smartphone and smart speaker near you. Wanderword has managed development of this puzzle solving adventure which is soon ready for release.

“We are very excited to bring The Copernicus Legacy to the voice-controlled story market on smartphones and smart speakers. It’s an honor to be able to work alongside HarperCollins to bring this adventure to life!” said Johan Strömberg, Wanderword CEO.

The Copernicus Legacy is based on the novel written by Tony Abbott. Follow the story of a group of unlikely heroes, who are set on a world-spanning adventure to protect an ancient secret. The story begins when Wade Kaplan receives a coded message from his Uncle Henry, moments before the old man’s death. It’s revealed that he died to protect the legacy of Copernicus, which relates to a scientific device that could change both the future and the past. This sets Wade off on a world-spanning journey together with his friends Lily, Darrell, and Becca, to find the twelve historical relics that could unveil the great mystery.

Fans of the book series will be able to immerse themselves in this world from the different perspectives of their favorite characters. This will bring the world to life in a completely different way by giving the user control of the story instead of the traditional linear way of storytelling.

The Copernicus Legacy features over 8 hours of interactive listening and is designed for kids between the ages of 8 and 13 years. The Copernicus Legacy will be released on Amazon Alexa, Google Assistant and Smartphones on January 25th and all you will need to enjoy this audio adventure is simply your voice and your puzzle solving skills!

Visit https://poptale.com/releases/copernicus/ to sign up and be the first to enjoy this adventure!

Wanderword is defining the Interactive Audio Entertainment Industry. With our tech platform Fabella, we are enabling storytellers to create their own interactive audio stories, Polar Night Studio is pushing the boundaries with

cutting-edge productions, & our inspiration hub is guiding the active listeners to best practices and unique experiences.

You are here: Press Release: The Copernicus Legacy available on Amazon Alexa, Google Assistant, and Smartphones