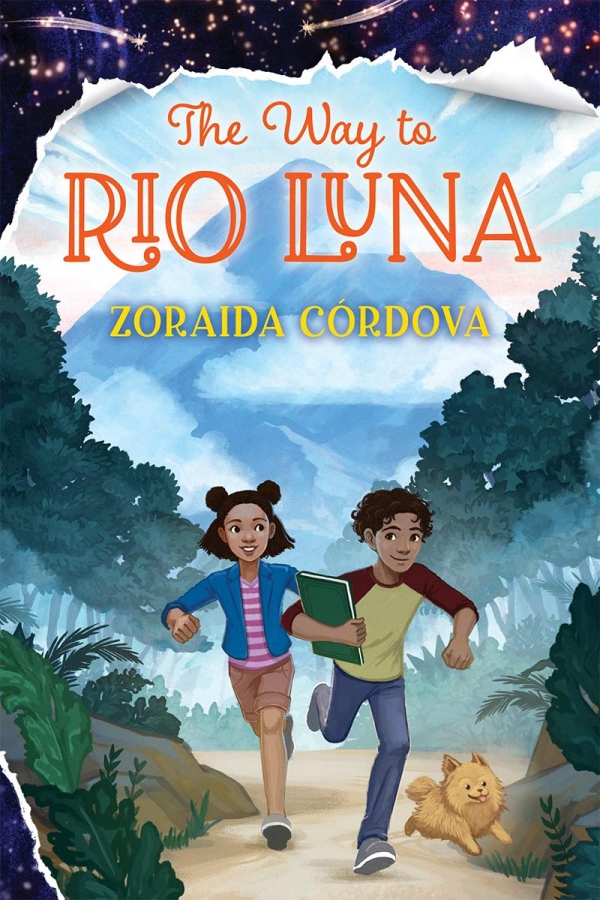 For fans of The Land of Stories comes an adventure that reveals the secret warnings hidden inside all classic tales — beware fairyland at all costs.
Eleven-year-old Danny Monteverde believes in magic. He knows that pixie dust is real, that wardrobes act as portals, and that rabbit holes lead to Wonderland. Most of all, he believes that his older sister, Pili, is waiting for him somewhere in Rio Luna, the enchanted land in their favorite book of fairy tales. Danny doesn’t care what the adults say. He knows that Pili isn’t another teen runaway. When the siblings were placed in separate foster homes, she promised that she’d come back for him, and they’d build a new life together in Rio Luna.Yet as the years pass, Danny’s faith begins to dim. But just when he thinks it might be time to put foolish fairy tales behind him, he finds a mysterious book in the library. It’s a collection of stories that contain hints about how to reach another world. A map to Rio Luna . . . and to Pili. As his adventure takes him from New York to Ecuador to Brazil, Danny learns that meeting your favorite characters isn’t always a dream come true. But nothing will stop him from finding his sister . . . even if it means standing up to the greatest threat the magical realm has ever known.

Fairy Tale Adventure
Danny Monteverde has had a rough life. He and his older sister Pili have spent many years in foster care, and she has always taken care of him when the placements were rough. The two shared a love of a book called The Way to Rio Luna, and would imagine their life there. When Pili goes missing, everyone is sure she has run away, but Danny knows better. He goes from family to family, most of which are unpleasant, and is currently in a family with two boys who treat him badly. The father even throws away his book, which devastates him. On a class field trip to a museum, he finds out that the book is rare and valuable, and when it magically appears in his back pack AND his sister’s name is on the borrower’s card, he makes the decision to run away from the field trip and try to find out more. Aided by Glory, who is cared for by Auntie North, who is an archaeologist, he finds out that the magic in the book is real. Soon, the two are on a quest that takes them to many places, from New York to Ecuador to Brazil. Will Danny be able to find his sister, and trust in the magic of Rio Luna to put everything to rights?
Good Points
One of our 6th grade teachers had a unit on the hero’s journey, and this would be a great book for that. While Danny’s experience in foster care seems a bit unrealistically harsh (hopefully!), this background paves the way for him to set forth on his own without regret. Finding his sister, and helping Rio Luna along the way, is a great quest.

There are a wide variety of different characters from the book that he gets to meet, like the Moon Witch and Llwelyn, a jackalope, and the travels are interesting and well described. Glory and Auntie North are interesting characters, and help Danny out in many ways. I was a little unsure what archaeology the aunt did, but it’s always a career of interest to young readers.

Readers who believe they can be sucked into fairy tales for rollicking adventures, and who have sped through like Buckley’s The Sister’s Grimm, Colfer’s Land of Stories, de la Cruz’s Never After: The Thirteenth Fairy or Durst’s Into the Wild will enjoy Danny’s entry into the fantastical world of Rio Luna.

You are here: Middle Grade Review: The Way to Rio Luna (Zoraida Córdova)