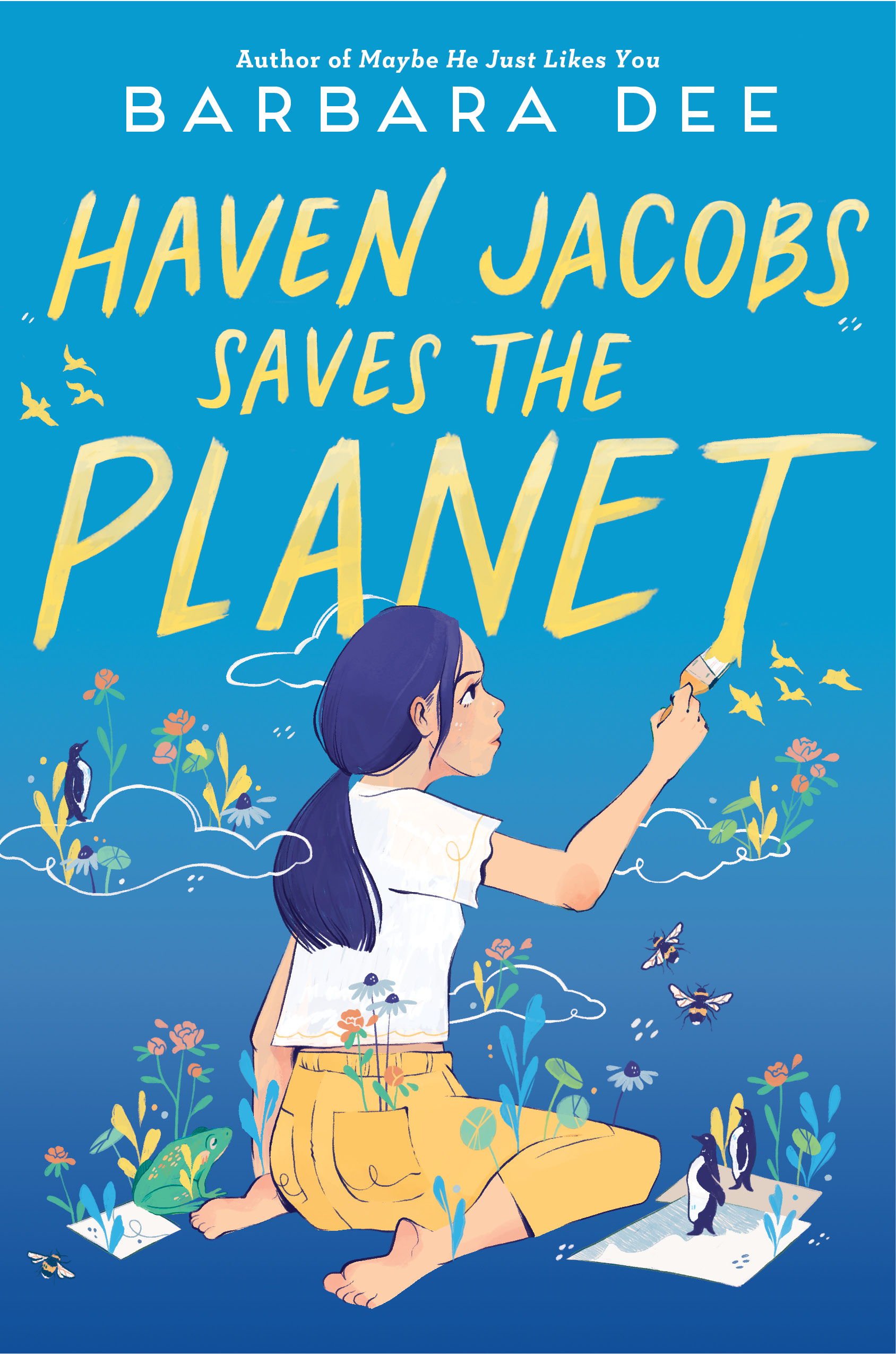 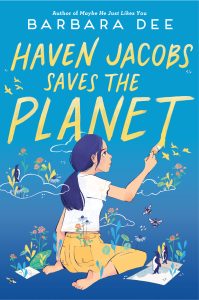 Twelve-year-old Haven Jacobs can’t stop thinking about the climate crisis. In fact, her anxiety about the state of the planet is starting to interfere with her schoolwork, her friendships, even her sleep. She can’t stop wondering why grownups aren’t even trying to solve the earth’s problem—and if there’s anything meaningful that she, as a seventh grader, can contribute.

When Haven’s social studies teacher urges her to find a specific, manageable way to make a difference to the planet, Haven focuses on the annual science class project at the local Belmont River, where her class will take samples of the water to analyze. Students have been doing the project for years, and her older brother tells her that his favorite part was studying and catching frogs.

But when Haven and her classmates get to the river, there’s no sign of frogs or other wildlife—but there is ample evidence of pollution. The only thing that’s changed by the river is the opening of Gemba, the new factory where Haven’s dad works. It doesn’t take much investigation before Haven is convinced Gemba is behind the slow pollution of the river.

She’s determined to expose Gemba and force them to clean up their act. But when it becomes clear taking action might put her dad’s job—and some friendships—in jeopardy, Haven must decide how far she’s willing to go.

The world is too much with us

Haven lives in a small town with her brother Carter, who is a high school freshman, her mother, who runs a preschool, and her father, who has just gone back to work at Gemba, a new glass factory, after being out of work for over two years. Haven struggles with anxiety, especially when her science teacher shows the class videos about climate change and how it is affecting Antartica. Haven has already stopped eating meat, and wants to do something to help change the world around her but isn’t quite sure where to start. It doesn’t help that Carter makes fun of her, her parents seem stressed and tired, and her friends Riley and Em think that she should be concentrating more on not chewing her fingernails and not being “weird”. There is a new boy in class, Kenji, on whom Riley has a bit of a crush, and Haven is struggling with the fact that her long time friend, Archer, would rather hang out with other boys who are rather Jerky. When Haven’t science class does their yearly science unit studying the local river, they find that there are few animals and insects in the water, which has become much more acidic. Wanting to do something, Haven organizes a river festival. It’s successful in that people come and help clean up the river, but Haven is upset that a reporter interviews herr in an unflattering light and makes it sound like she is blaming Gemba. But is her father’s company to blame? Kenji, whose father is in a supervisory position, doesn’t want to irritate his father, but knows that something must be done. Armed with information from a local scientist, Haven and her class make a presentation to the town council. Will they be able to find a fix for at least one environmental problem?
Good Points
There need to be more people like Haven who recognize the planet and do something about it. Unfortunately, this often leads to more anxiety; it was good that Haven’s parents suggest therapy and Haven’s experiences with this are shown in a positive light. I liked how she looked up to some younger environmental activists and was inspired by them to try to do something about the local river. Her relationship with her brother was very realistic– how many of us fought constantly with our siblings when we were completely capable of getting along if needed? The friend drama is always a good addition.

While I really like the way that Haven’t friendship with Archer was handled, there were so many other things going on in the story that it didn’t get quite the coverage that it could have had. It’s great to see a lot of environmentally themed books coming out, like Rosenberg’s One Small Hop, Baskin and Polisner’s Consider the Octopus, Dimopoulos’s Turn the Tide, Dilloway’s Where the Sky Lives and Rhodes’s Paradise on Fire.

I’ll definitely purchase this; my students love Dee’s titles, and I have been working on environmental issues for years and have always tried to share strategies with students. It’s good to see that Haven is shown worrying, but also doing things that are concrete. Walking to work, being vegetarian, not buying new clothes, and conserving energy are things that everyone can work on!

You are here: Middle-Grade Review: Haven Jacobs Saves the Planet by Barbara Dee