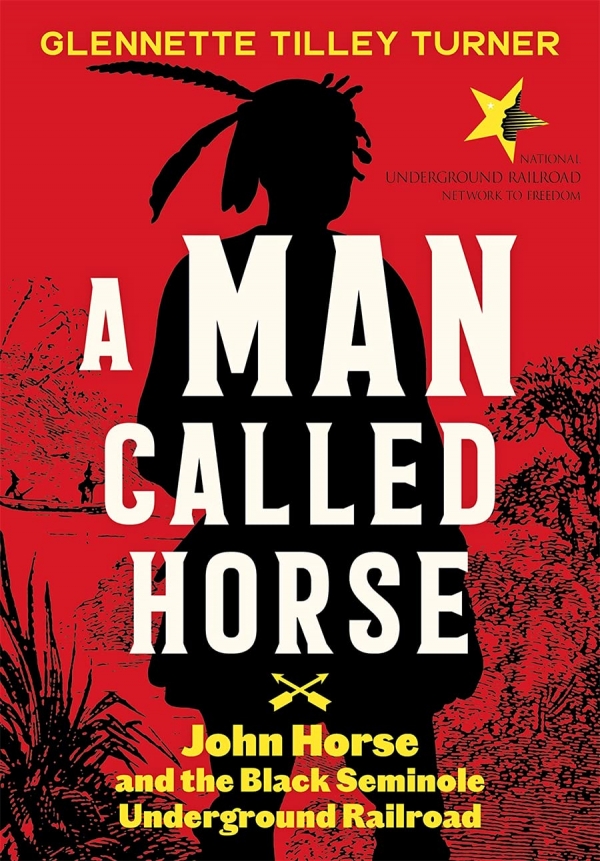 John Horse (c. 1812–1882, also known as Juan Caballo) was a famed chief, warrior, tactician, and diplomat who played a dominant role in Black Seminole affairs for half a century. His story is central to that of the Black Seminoles—descendants of Seminole Indians, free Blacks, and escaped slaves who formed an alliance in Spanish Florida. A political and military leader of mixed Seminole and African heritage, Horse defended his people from the US government, other tribes, and slave hunters.

A Man Called Horse focuses on the little-known life of Horse while also putting into historical perspective the larger story of Native Americans and especially Black Seminoles, helping to connect the missing “dots” in this period. After fighting during the Second Seminole War (1835–1842), one of the longest and most costly Native American conflicts in US history, Horse negotiated terms with the federal government and later became a guide and interpreter. Forced to relocate, he led a group of Black Seminoles to find a new home, first heading westward to Texas and later to Mexico.

Turner worked with descendants of Horse, who provided oral histories as well as many photographs and other artifacts. Her expertly researched and vetted biography depicts Horse as a complex, fascinating figure who served in many varied roles, including as a counselor of fellow Seminole leaders, an agent of the US government, and a captain in the Mexican army. But no matter the part he played, one thing remained constant: whether in battle or at the negotiating table, Horse fought tirelessly to help his people survive. The story of John Horse is a tale of daring, intrigue, and the lifelong quest for freedom.

The book includes black-and-white archival photos throughout (though the book is designed in full color), as well as a map, timeline, author’s note, endnotes, and select bibliography.

Interesting Information about the Black Seminoles
Born in Florida in 1812, John Horse’s father was most likely a Seminole tribesman, and his mother an enslaved Black woman. This was a difficult time in history, especially in this part of the world, when troubles arose between Seminoles, free Blacks, the Spanish, and Florida planters. In 1835, the Second Seminole War began. Young John had language skills that let him travel between the several different communities, affording him opportunities but also occasionally getting him into trouble. Black Seminoles faced unique challenges, but by 1844, Horse was part of a delegation to Washington that tried to get better rights for Black Seminoles. He continued in his role as a statesman, fighting on several fronts for rights, and was instrumental in helping his people work towards freedom.
Good Points
This is a well formatted and researched biography about a previously unheralded person. Just the right length for pleasure reading, but with enough information for research, it is well illustrated with drawings and photographs that add a layer of understanding to the text. The additional maps, timelines, and notes help provide a framework for understanding Horse and his times.

It is difficult to find biographies that accurately portray Native Americans; until twenty years ago, almost all of the books were written by non-Native people and were not accurate in the portrayals of the actions of the US government. This smaller format book (5.5 x 8 inches) is extremely attractive, with colorful page decorations, good sized text, and more illustrations than I would have thought would be available. The notes at the end about the Horse’s legacy will be helpful to students doing research for National History Day, as will the bibliography at the end. I’m hoping that we will see a lot more biographies about a variety of unsung historical figures, and this is a great format for titles covering them.