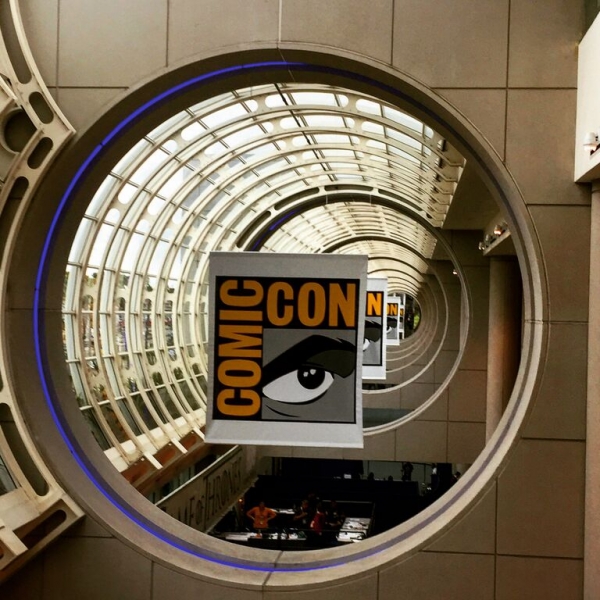 Preview Night at Comic Con is a sight to see. What started off as a casual evening preview of the showroom floor has turned into a jammed pack night of exclusives and giveaways. It is an all around fun night to look around without feeling the pressure of getting to a panel or signing.

What’s great about Preview Night is that is gives you a chance to see the layout of the floor, get a feel for the rooms, and see what each vendor or booth has to offer. After spending a few hours on the floor, it looks like it is going to be an exciting week at Comic Con.

The first full day at SDCC was jammed packed. People line up for hours in sleeping bags just to get a coveted spot in Hall H to see their favorite actors and actresses. Lines wrap around booths in the exhibit hall to get exclusive figures and merchandise. What I noticed out of everything? How friendly everyone is. There is always someone to talk to while you are waiting in line or walking around. People talk about their favorite toys, movies, books‐ it is fantastic.

The best panel of Thursday was the Modern Fairy Tale panel with Renee Andieh, Laura Bickle, Tonya Hurley, Julie Kagawa, and Naomi Novik. They talked about retellings of fairy tales and how the genre has changed over time. Fairy Tales reflect society and there is evidence of even western fairy tales having origins in earlier cultures. These tales can transcend time and cultures while reflecting what is going on in society at the present.

Naomi Novik talked about how in the past these tales were cautionary for children; be careful of strangers, don’t go into the woods. In today’s modern tales the audience has changed. It isn’t jus children anymore. Modern day fairy tales say – Yes , take a risk and go into the unknown.

The one thing they would change about their favorite fairy tale characters if they could? Renee Andieh put it best when she said “don’t touch the needle on the spinning wheel. #wiseup.”

What do they see for the future? There will be lots of YA where heroes and heroines break away, follow their own path and their own rules. Stories where there isn’t just black and white, good and bad. These stories will explore both the heroes and the villains and the gray areas of morality too.

Other Highlights of the day:

You are here: Joanne’s Journey Through Comic Con