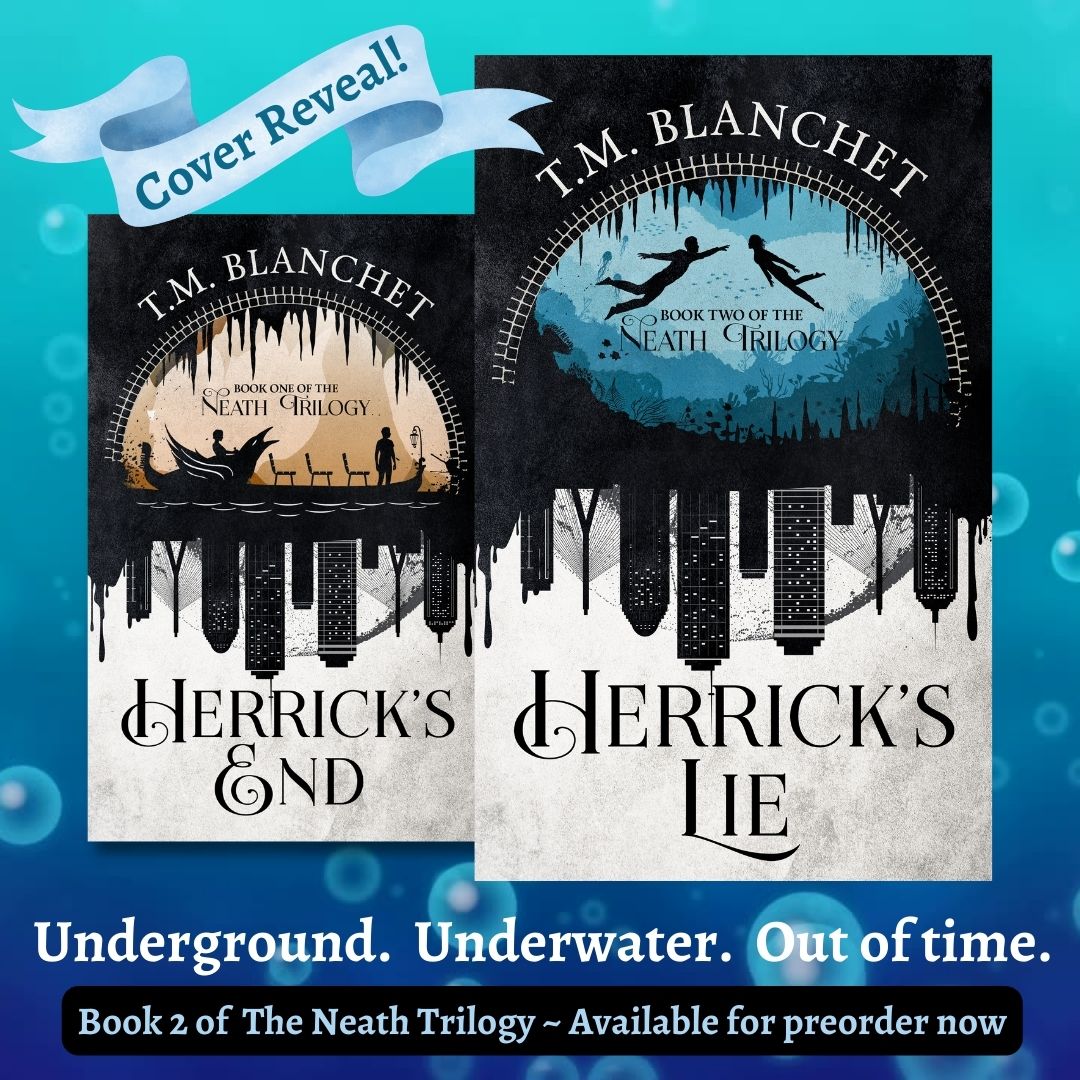 Before we get to the cover, here’s a note from T.M Blanchet:

Hello YABC Readers! I’m so excited to introduce the cover for Book 2 in The Neath Trilogy, HERRICK’S LIE! As before, it was designed by the incomparable team at Damonza. The book will be released on March 28, 2023, by Tiny Fox Press. Hmmm… Looks like our lovable hero Ollie is heading underwater?! That can’t be good!

Preorders are available now, and there’s still plenty of time to get up to speed with Book 1, HERRICK’S END!
Sincerely,
T.M. Blanchet 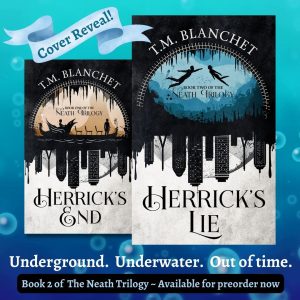 Title of the book: Herrick’s Lie

About the Book: Herrick’s Lie

Herrick’s End was just the beginning.

Ollie probably should have expected trouble. After all, “every action has an equal and opposite reaction,” right? He’d learned that in 10th grade physics. And Ollie’s actions at Herrick’s End had been seismic enough to cause tidal waves of catastrophe crashing from one end of the Neath to the other.

He’d only wanted to make things better. And he genuinely thought he had, until he sees the stark truth spelled out in black-and-white: His friends are in danger. Everyone is in danger, and it’s all his fault.

The good news is, there might be a solution. The less-good news? It’s hidden, apparently, at the bottom of the cavern’s deep, green lake, which churns with myriad fantastical creatures, unknowable perils, and immeasurable expanse—not to mention a distinct lack of oxygen. All in all, not a great set-up for humans. Leaping into that water, he knows, is a monstrously bad idea.

It’s also the only idea he’s got.

With so much on the line, Ollie might have no choice but to jump first and ask questions later. And there will be questions. Many, many questions. Because getting into the lake is one thing… Getting out will be something else altogether. And Ollie’s quest to right past wrongs is about to open up a whole new can of wormwalkers in the extraordinary underground world he now calls home.

About the Author: T.M Blanchet 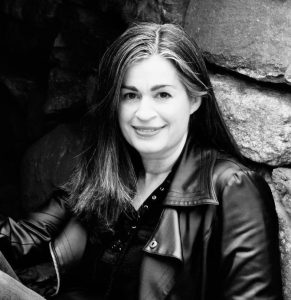 T.M. Blanchet is the author of HERRICK’S END (Book 1 of The Neath Trilogy) and HERRICK’S LIE (Book 2, due out in March, 2023). She’s also the producer and host of A Mighty Blaze Podcast and the founder of Operation Delta Dog: Service Dogs for Veterans.

Akpa's Journey
Wildlord
Run for Your Life
Poo in the Zoo: The Island of Dinosaur Poo
Noisy ABC
The Moonlight Zoo
Elephants Remember: A True Story
Little Hearts: Finding Hearts in Nature
Albie on His Way
A Cruel and Fated Light
Breakfast Buddies
Down in the Dumps: The Mystery Box
Down in the Dumps: Trash vs. Trucks
Down in the Dumps: A Very Trashy Christmas
Jingle the Christmas Clown
Map of Flames (The Forgotten Five #1)
Reindeer in Here: A Christmas Friend
I'm a Little Snowman
Santa Mouse Bakes Christmas Cookies (A Santa Mouse Book)
A Very CoComelon Christmas!
Happy All-idays!
The Love Match
The Magic Pencil
Leo's Lavender Skirt
Feminist Kids
Be Careful, Bruno!
A Rock in the Ocean
Skyriders
When You Wish Upon a Lantern
Keyana Loves Her Family