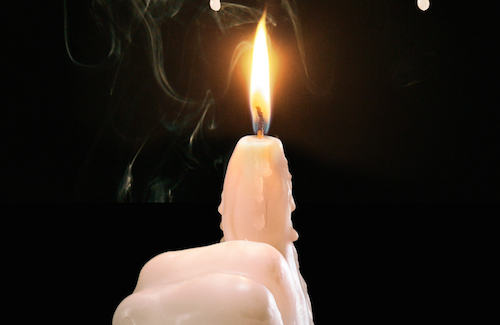 Today we’re super excited to celebrate the cover reveal for WAX by Gina Damico, releasing August 2, 2016 from Houghton Mifflin Harcourt. Before we get to the cover, here’s a note from Gina: 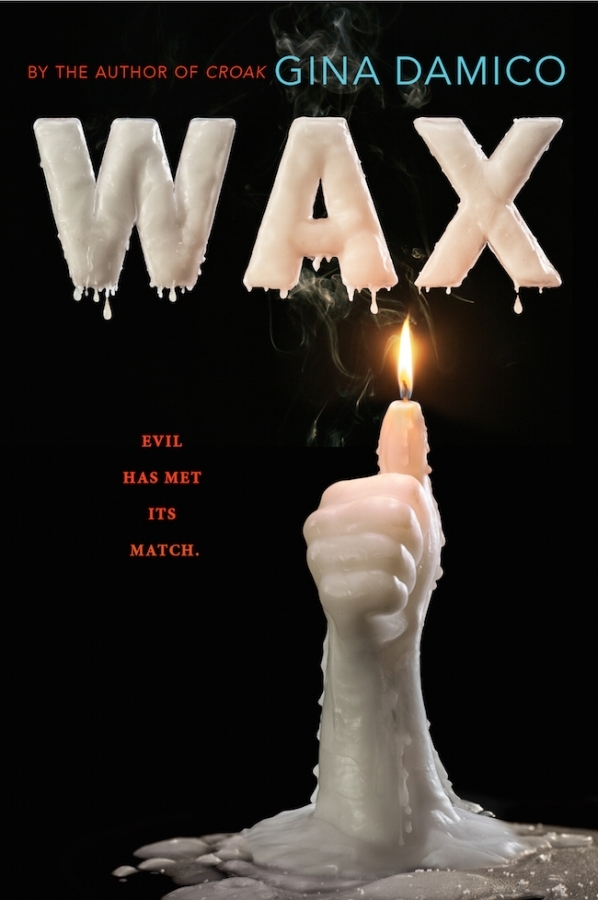 *** If you choose to share this image elsewhere, please include a courtesy link back to this page so others can enter Gina’s giveaway. Thank you! ***

Paraffin, Vermont, is known the world over as home to the Grosholtz Candle Factory. But behind the sunny retail space bursting with overwhelming scents and homemade fudge, seventeen-year-old Poppy Palladino discovers something dark and unsettling: a back room filled with dozens of startlingly life-like wax sculptures, crafted by one very strange old lady. Poppy hightails it home, only to be shocked when one of the figures—a teenage boy who doesn’t seem to know what he is—jumps naked and screaming out of the trunk of her car. She tries to return him to the candle factory, but before she can, a fire destroys the mysterious workshop—and the old woman is nowhere to be seen.

With the help of the wax boy, who answers to the name Dud, Poppy resolves to find out who was behind the fire. But in the course of her investigation, she discovers that things in Paraffin aren’t always as they seem, that the Grosholtz Candle Factory isn’t as pure as its reputation—and that some of the townspeople she’s known her entire life may not be as human as they once were. In fact, they’re starting to look a little . . . waxy. Can Poppy and Dud extinguish the evil that’s taking hold of their town before it’s too late?

Fans of Gina Damico’s creepy Croak trilogy and the acclaimed Hellhole will be wowed by Wax! 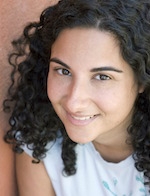 Gina Damico is the author of HELLHOLE, WAX, and the grim-reapers-gone-wild books of the CROAK trilogy. She has also dabbled as a tour guide, transcriptionist, theater house manager, scenic artist, movie extra, office troll, retail monkey, yarn hawker and breadmonger. A native of Syracuse, New York, she now lives in Western Massachusetts with her husband, two cats, one dog, and an obscene amount of weird things purchased from yard sales.

One winner will receive a signed ARC of WAX (when available).