Today we’re super excited to celebrate the cover reveal for THE MIRROR KING by Jodi Meadows, releasing April 5, 2016 from Katherine Tegen Books/HarperCollins Publishers. Before we get to the cover, here’s a note from Jodi:

Hello, YABC-ers!
I’m beyond pleased to share the most amazing cover that was ever created — the cover for THE MIRROR KING, which is, of course, the sequel to THE ORPHAN QUEEN. Since this is a sequel, I knew roughly what to expect in terms of layout, font, and people on the cover. I was not prepared for the UTTER GLORY that appeared on my screen when I clicked the attachment. I think I cried. I know I petted it. My husband reports that I screamed.
If you’re asking who to thank for this most perfect cover, please aim your praises at the same team responsible for THE ORPHAN QUEEN cover and all four novella covers, Colin Anderson (photography) and Erin Fitzsimmons (design). Aren’t they amazing??
~ Jodi Meadows (THE MIRROR KING, Katherine Tegen Books/HarperCollins Publishers) *** If you choose to share this image elsewhere, please include a courtesy link back to this page so others can enter Jodi’s giveaway. Thank you! ***

by Jodi Meadows
Release date: April 5, 2016
Publisher: Katherine Tegen Books/HarperCollins Publishers
ISBN: 9780062317414
About the Book
Wilhelmina has a hundred enemies.
HER FRIENDS HAVE TURNED. After her identity is revealed during the Inundation, Princess Wilhelmina is kept prisoner by the Indigo Kingdom, with the Ospreys lost somewhere in the devastated city. When the Ospreys’ leader emerges at the worst possible moment, leaving Wil’s biggest ally on his deathbed, she must become Black Knife to set things right.
HER MAGIC IS UNCONTROLLABLE. Wil’s power is to animate, not to give true life, but in the wraithland she commanded a cloud of wraith mist to save herself, and later ordered it solid. Now there is a living boy made of wraith—destructive and deadly, and willing to do anything for her.
HER HEART IS TORN. Though she’s ready for her crown, declaring herself queen means war. Caught between what she wants and what is right, Wilhelmina realizes the throne might not even matter. Everyone thought the wraith was years off, but already it’s destroying Indigo Kingdom villages. If she can’t protect both kingdoms, soon there won’t be a land to rule.
In this stunning conclusion to THE ORPHAN QUEEN, Jodi Meadows follows Wilhelmina’s breathtaking and brave journey from orphaned criminal on the streets to magic-wielding queen. 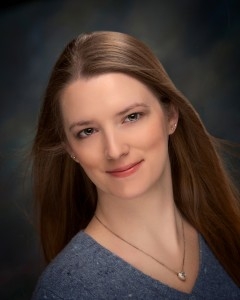 Jodi Meadows lives and writes in the Shenandoah Valley, Virginia, with her husband, a Kippy*, and an alarming number of ferrets. She is a confessed book addict, and has wanted to be a writer ever since she decided against becoming an astronaut. She is the author of the INCARNATE Trilogy and the forthcoming ORPHAN QUEEN Duology (HarperCollins/Katherine Tegen). Visit her at www.jodimeadows.com
*A Kippy is a cat.

One winner will receive an ARC of THE MIRROR KING (when available).

99 thoughts on “It’s live!! Cover Reveal: The Mirror King by Jodi Meadows + Giveaway (US Only)”

You are here: It’s live!! Cover Reveal: The Mirror King by Jodi Meadows + Giveaway (US Only)