Today we’re super excited to celebrate the cover reveal for THE GIRL FROM EVERYWHERE by Heidi Heilig, releasing February 16, 2016 from Greenwillow/HarperCollins. Before we get to the cover, here’s a note from Heidi:

Ahoy YABC! Welcome to the cover reveal for THE GIRL FROM EVERYWHERE!
They say pictures are worth a thousand words, but words deserted me when I saw this cover. I made sounds though–sounds like OH and EEEEEE and HHHNNNGGGGHHHHH. I realized too late that  should have set up a polished shield, like Perseus, so I could safely view its reflected beauty. Thankfully, I’ve since regained most of my abilities to speak coherently, as long as I don’t gaze directly at it for too long. Ray Shappell, Sylvie Lefloche, and the whole team at Greenwillow/HarperCollins worked very hard to create the perfect cover for this book, capturing the drama, the tension, and the precarious sense of a life in the balance. They started with 8 different versions, refining and narrowing down their choices until they hit on this one. Personally, I think they did an incredible job. I hope you agree!
~ Heidi Heilig (THE GIRL FROM EVERYWHERE, Greenwillow/HarperCollins) *** If you choose to share this image elsewhere, please include a courtesy link back to this page so others can enter Heidi’s giveaway. Thank you! ***

THE GIRL FROM EVERYWHERE

by Heidi Heilig
Release date: February 16, 2016
Publisher: Greenwillow/HarperCollins
ISBN: 0062380753
About the Book
Heidi Heilig’s debut teen fantasy sweeps from modern-day New York City to nineteenth-century Hawaii to places of myth and legend. Sixteen-year-old Nix has sailed across the globe and through centuries aboard her time-traveling father’s ship. But when he gambles with her very existence, it all may be about to end. The Girl from Everywhere, the first of two books, will dazzle readers of Sabaa Tahir, Rae Carson, and Rachel Hartman.
Nix’s life began in Honolulu in 1868. Since then she has traveled to mythic Scandinavia, a land from the tales of One Thousand and One Nights, modern-day New York City, and many more places both real and imagined. As long as he has a map, Nix’s father can sail his ship, The Temptation, to any place, any time. But now he’s uncovered the one map he’s always sought—1868 Honolulu, before Nix’s mother died in childbirth. Nix’s life—her entire existence—is at stake. No one knows what will happen if her father changes the past. It could erase Nix’s future, her dreams, her adventures . . . her connection with the charming Persian thief, Kash, who’s been part of their crew for two years. If Nix helps her father reunite with the love of his life, it will cost her her own.
In The Girl from Everywhere, Heidi Heilig blends fantasy, history, and a modern sensibility with witty, fast-paced dialogue, breathless adventure, and enchanting romance.
To learn more about this book and see our review, go HERE. 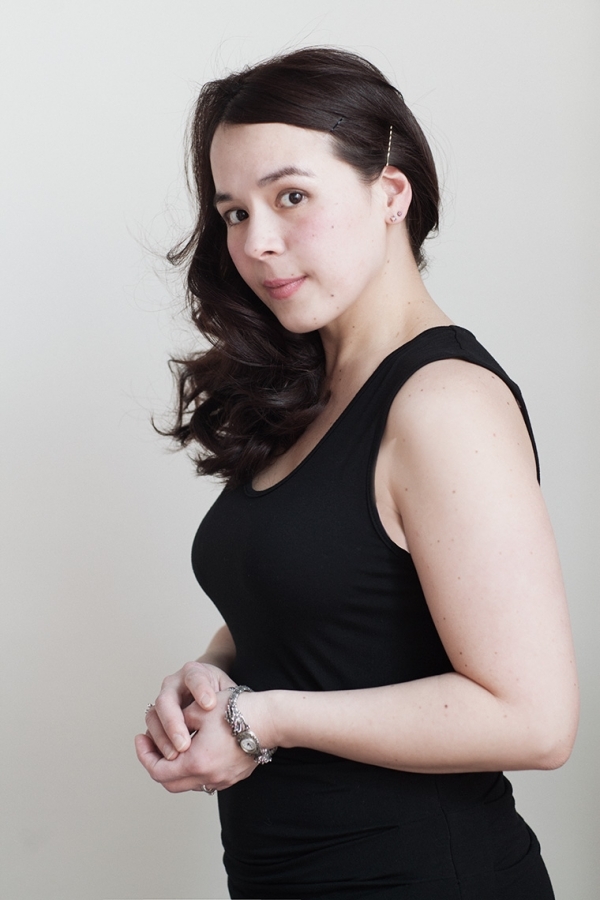 Heidi grew up in Hawaii where she rode horses and raised peacocks, and then she moved to New York City and grew up even more, as one tends to do. Her favorite thing outside of writing, is travel, and she has haggled for rugs in Morocco, hiked the trails of the Ko’olau Valley, and huddled in a tent in Africa while lions roared in the dark.
She holds an MFA from New York University in Musical Theatre Writing, of all things, and she’s written books and lyrics for shows including The Time Travelers Convention, Under Construction, and The Hole. She lives in Brooklyn with her husband, her son and their pet snake.

One winner will receive a signed ARC of THE GIRL FROM EVERYWHERE (when available).

41 thoughts on “It’s live!! Cover Reveal: The Girl From Everywhere by Heidi Heilig + Giveaway (US Only)”

The Witchery
Azreya, Aztec Priestess
The Twins of Moon
The Sea of Stars: Book 2 of The Twins of Moon
The Undead Truth of Us
A Girl's Guide to Love and Magic
No Admissions (The Infamous Frankie Lorde #3)
Daybreak on Raven Island
Something Beautiful
Something About Grandma
Spineless
A Duel with the Vampire Lord (Married to Magic, #3)
A secret Princess
The Drowned Woods
Rise of the Snake Goddess (Samantha Knox, #2)
The Honeys
Echoes of Grace
Big Game (FunJungle #3)
Lion Down (FunJungle #5)
Panda-monium (FunJungle Book 4)
Punky Aloha
When Santa Came to Stay
Busy Betty
Raising the Horseman
Hunterland
Armadas in the Mist
The Darker the Skies
Jester
Zyla and Kai
Meet the Moon

You are here: It’s live!! Cover Reveal: The Girl From Everywhere by Heidi Heilig + Giveaway (US Only)