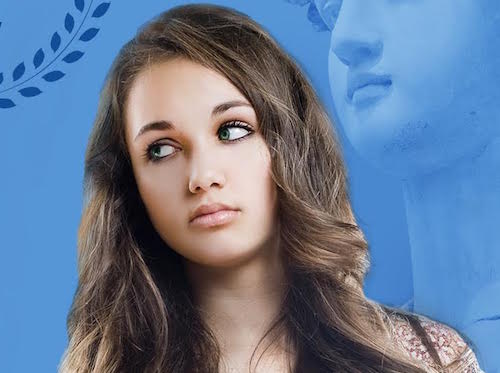 Today we’re super excited to celebrate the cover reveals for all three books in the BLOOMING GODDESS TRILOGY by Tellulah Darling, released from Te Da Media. Before we get to the covers, here’s a note from Tellulah:

Out with the old, in with the new. I’m so glad you could be here for my Blooming Goddess series cover makeover! I like to put my characters through unspeakable pain for my entertainment, which may or may not explain why Kai is not on the cover of the final book, My Life From Hell. Then again, it might be because Sophie came to her senses and realized that infuriating gods are to be shown the door. You’ll just have to read them and find out. And if you do, I promise you sass, kicking butt, and swoon. Lots of swoon.
~ Tellulah Darling (THE BLOOMING GODDESS TRILOGY, Te Da Media) 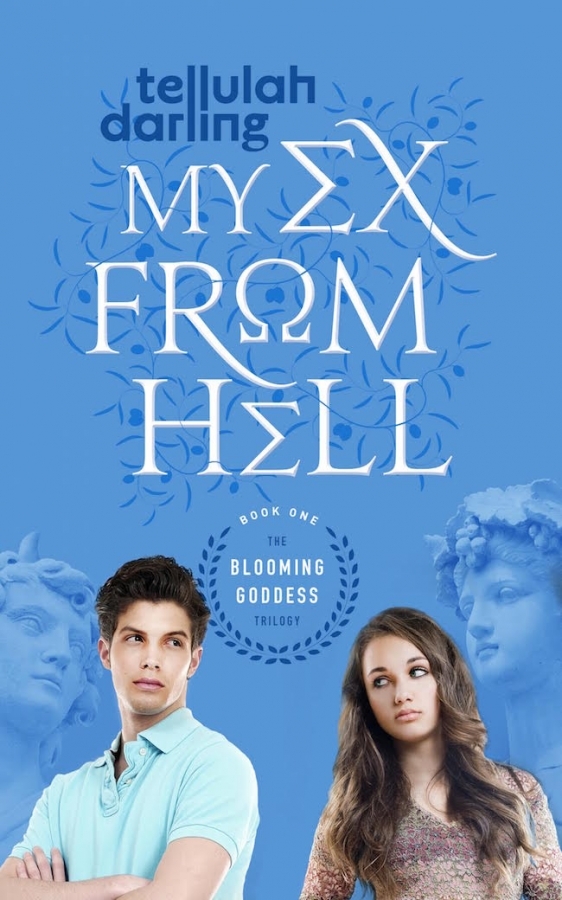 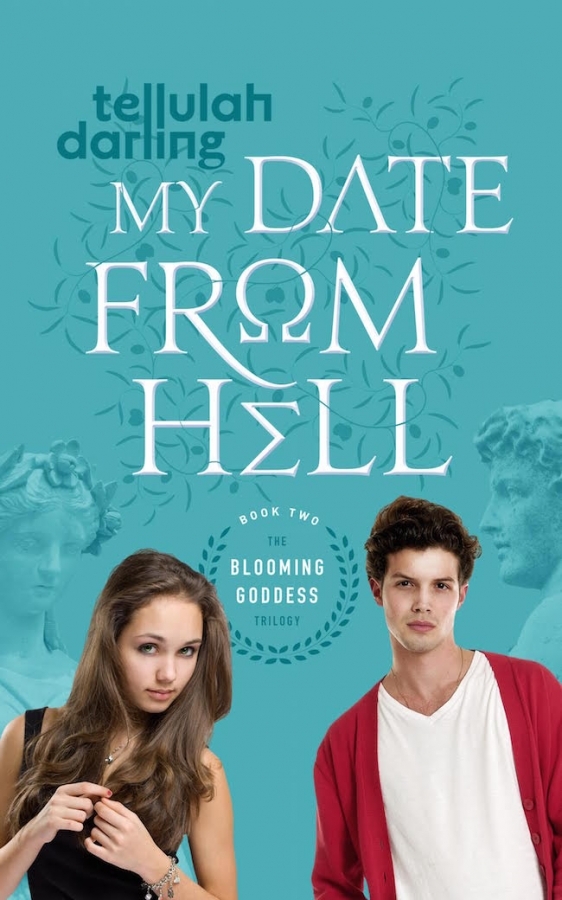 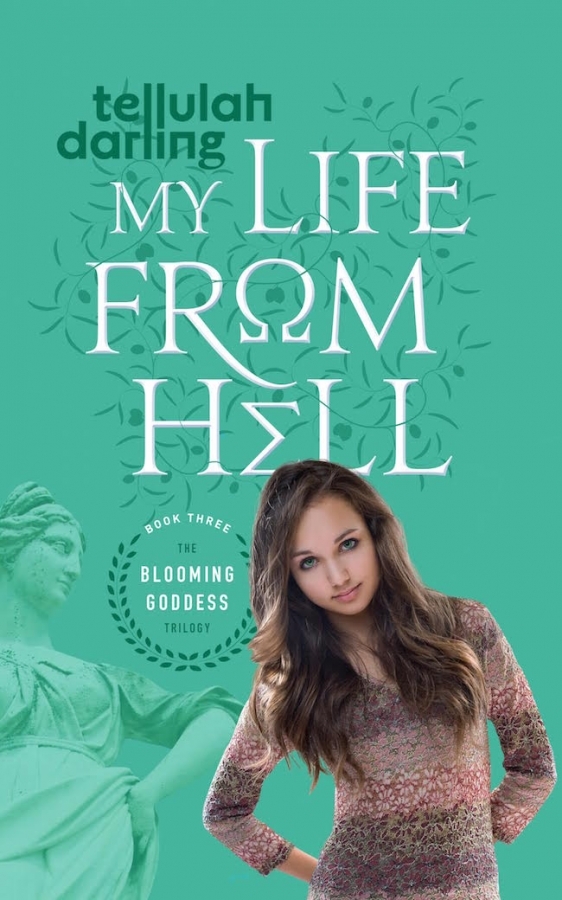 *** If you choose to share these images elsewhere, please include a courtesy link back to this page so others can enter Tellulah’s giveaway. Thank you! ***

Prior to the Halloween dance, Sophie figures her worst problems involve adolescent theatrics, bitchy teen yoga girls, and being on probation at her boarding school for mouthy behaviour. Then she meets bad boy Kai and gets the kiss that rocks her world.

This breath stealing lip lock reawakens Sophie’s true identity: Persephone, Goddess of Spring. She’s key to saving humanity in the war between the Underworld and Olympus, target numero uno of Hades and Zeus, and totally screwed. All she’s gotta do is master her powers, save the world…

…and stop kissing Kai, Prince of the Underworld.

My Ex From Hell is a YA romantic comedy, Greek mythology smackdown, perfect for everyone who loves sassy girls that kick butt and the bad boys who infuriate them.
MY DATE FROM HELL (BLOOMING GODDESS TRILOGY #2)
Whatever happened to dinner and a movie?

With Zeus stepping things up, it’s vital that Sophie retrieve Persephone’s memories and discover the location of the ritual to stop Zeus and Hades. So when Aphrodite strikes a deal that can unlock Sophie’s pre-mortal past, what choice does the teen goddess have but to accept?

The mission: stop media mogul Hermes from turning mean girl Bethany into a global mega-celebrity. The catch? Aphrodite partners Sophie and Kai to work together … and treat this suicide mission as a date. Which could work out for Sophie’s plan to force Kai to admit his feelings for her–if she doesn’t kill him first.

The YA romantic comedy/Greek mythology fireworks continue to fly in My Date From Hell. Love meets comedy with a whole lot of sass in book two of this teen fantasy romance series. Breaking up is easy; dating is deadly.

MY LIFE FROM HELL (BLOOMING GODDESS TRILOGY #3)
Save herself; save the world. Humanity may be screwed.

To say that Sophie Bloom is at the top of her game with one only week until Spring Equinox and the final showdown with Zeus and Hades would be, well, lying. The Goddess of Spring feels more like the Goddess of Bzzz, Thanks For Playing than the savior of humanity. And could her relationships be any more messed up?

Sophie is convinced that things can’t get any worse than crawling back to her mother Demeter and begging for help. But she’s about to find out how very wrong she is.

It’s a race against time for Sophie to implement the big battle strategy in the YA romantic comedy/Greek mythology finale My Life From Hell. A perfect read for everyone who loves sassy girls who kick butt and the bad boys that infuriate them. 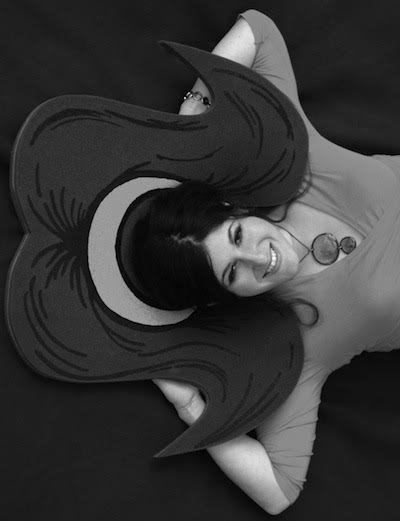 One grand prize winner will receive signed print copies of all three books in the BLOOMING GODDESS TRILOGY.

Three other winners will each receive e-book copies of all three books in the BLOOMING GODDESS TRILOGY (epub or mobi format).

What do you think about the covers and synopses?