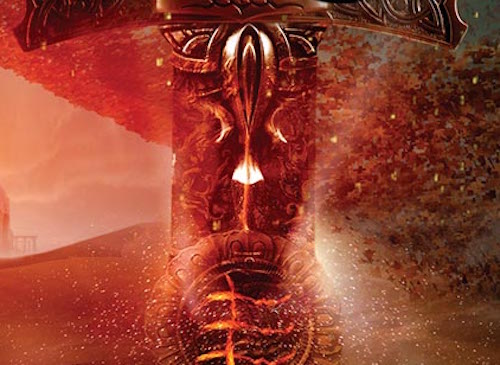 Today we’re super excited to celebrate the cover reveal for SWORD AND VERSE by Kathy MacMillan, releasing January 19, 2016 from HarperTeen. Before we get to the cover, here’s a note from Kathy:

Hello, YA Books Central readers!  I am so excited to share with you the beautiful cover for my upcoming novel, SWORD AND VERSE.  Here are a few words from the artist behind it, Colin Anderson, about how the cover came together:
“This is one of my favorite covers I’ve done. Heather Daugherty, the senior designer at HarperCollins, provided me with a very comprehensive brief on her vision for the book. I wanted to create an epic feel for the cover. I initially presented 10 concepts. Some had swords, others had medallions or symbols. The challenge with creating this cover was getting all the important elements to work together. Heather had mentioned that she saw the background as an important element to bring the cover design together, she mentioned words like ancient, desert, warm, palace with secret corridors, etc. This gave me the color palette and mood for the cover. I think the sword shattering the earth creates such a powerful image, and with the symbol that Heather designed (based off the author’s description), it all hints at mystery and secrets.”
Colin Anderson is an extremely talented photographer and digital artist working out of Australia. You can find him here: www.andersonproductions.com.au
~ Kathy MacMillan (SWORD AND VERSE, HarperTeen) 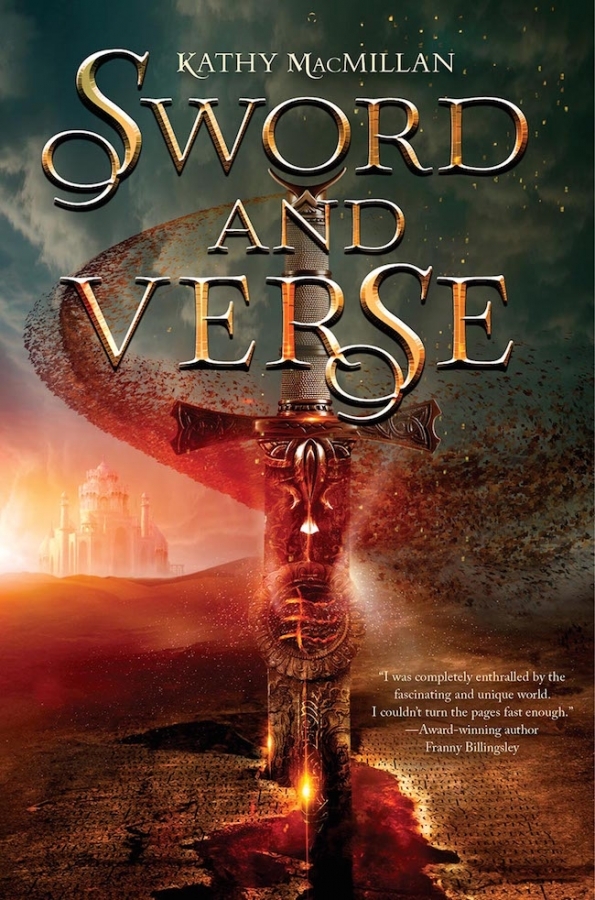 *** If you choose to share this image elsewhere, please include a courtesy link back to this page so others can enter Kathy’s giveaway. Thank you! ***

by Kathy MacMillan
Release date: January 19, 2016
Publisher: HarperTeen
ISBN: 0062324616
About the Book
Raisa was only a child when she was kidnapped and enslaved in Qilara. Forced to serve in the palace of the king, she’s endured hunger, abuse, and the harrowing fear of discovery: everyone knows she is Arnath, but not that Raisa is a Learned One, a part of an Arnath group educated in higher order symbols. In Qilara, this language is so fiercely protected that only the King, the Prince, and Tutors are allowed to know it. So when the current Tutor-in-training is executed for sharing the guarded language with slaves, and Raisa is chosen to replace her, Raisa knows that—although she may have a privileged position among slaves—any slip-up could mean death.
That would be challenging enough, but training alongside Prince Mati could be her real undoing. And when a romance blossoms between them, she’s suddenly filled with a dangerous hope for something she never before thought possible: more. Then she’s propositioned by the Resistance—an underground army of slaves—to help liberate the Arnath people.  Joining the rebellion could mean freeing her people…but she’d also be aiding in the war against her beloved—an honorable man that she knows wants to help the slaves.
Working against the one she loves—and a palace full of deadly political renegades—has some heady consequences. As Raisa struggles with what’s right, she unwittingly uncovers a secret that the Qilarites have long since buried…one that, unlocked, could bring the current world order to its knees.
And Raisa is the one holding the key.
To learn more about this book and see our review, go HERE. 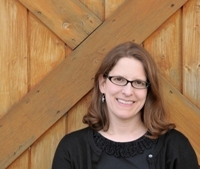 Kathy MacMillan has been a librarian, American Sign Language interpreter, children’s performer, teacher, storyteller, and writer.  She lives in Owings Mills, MD, with her husband and son.

One winner will receive a signed ARC of SWORD AND VERSE (when available).

One winner will receive a custom-made SWORD AND VERSE necklace from Lady Twilight’s Artistic Creations (pictured below). 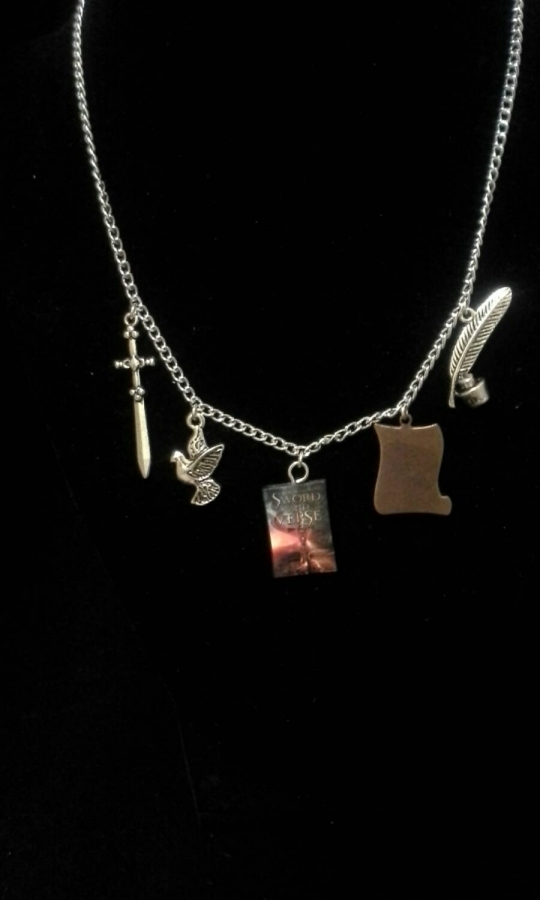 30 thoughts on “It’s live!! Cover Reveal: Sword And Verse by Kathy MacMillan + Giveaway (US Only)”

You are here: It’s live!! Cover Reveal: Sword And Verse by Kathy MacMillan + Giveaway (US Only)