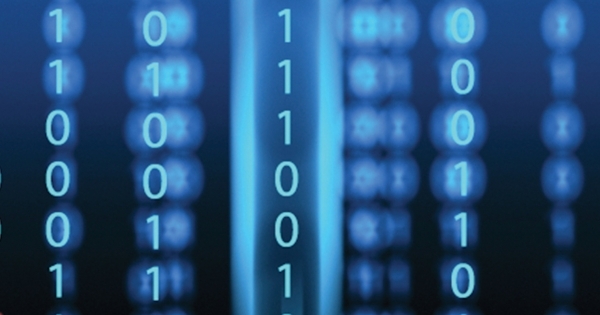 Welcome to the second cover reveal of the week! We even have an excerpt from the novel!

Today we’re super excited to celebrate the cover reveal for SILENCE OF SIX by E.C. Myers, releasing November 5, 2014 from Adaptive Books. Before we get to the cover, here’s a note from E.C.:

Hi, YABCers!
O’s yu vrkgykj zu mobk eua znk bkxe loxyz ruuq gz se tkc tubkr, ZNK YORKTIK UL YOD! Uuvy, yuxxe — luxik ul nghoz.
Hold on a second… Okay, that’s better. Did you understand that? The text above says “I’m so pleased to give you the very first look at my new novel, THE SILENCE OF SIX! Oops, sorry — force of habit.”
Ever since I read Alvin’s Secret Code by Clifford Hicks when I was a kid, I have been fascinated with ciphers. This one is pretty easy to crack, but I got to play with some more challenging puzzles in THE SILENCE OF SIX. Designing a book cover is a little like cryptography: You try several different approaches and when you hit on the right one, it just fits. That’s how it was with this cover! As soon as I saw what the brilliant creative team at Adaptive Books had come up with, I knew it was the perfect image to convey the intrigue, technology, and darkness at the core of the story — without giving away too much.
Your mission, should you choose to accept it: Share the cover and excerpt by linking back here! Enter the giveaway! Tell your friends!
This message will self destruct.
(Just kidding.)
~ E.C. Myers (THE SILENCE OF SIX, Adaptive Books) 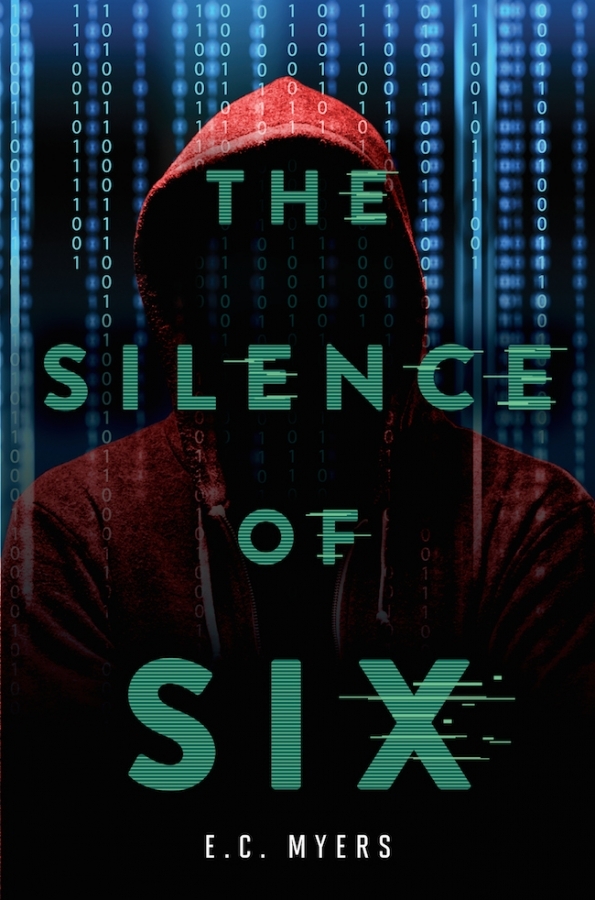 *** If you choose to share this image elsewhere, please include a courtesy link back to this page so others can enter E.C.’s giveaway. Thank you! ***

THE SILENCE OF SIX

by E.C. Myers
Release date: November 5, 2014
Publisher: Adaptive Books
ISBN-13: 978-0-9960666-2-4
About the Book
“What is the Silence of Six, and what are you going to do about it?”
These are the last words uttered by 17-year old Max Stein’s genius best friend Evan just moments before he kills himself after hacking into the live-streaming Presidential Debate at their high school.
Haunted by the unforgettable image of his best friend’s death, Max’s entire world is upended as he suddenly finds himself the target of a corporate-government witch-hunt. Fearing for his life and fighting for his own innocence, Max is on the run with no one to trust and too many unanswered questions.
Max must dust off his own hacking skills and maneuver through the dangerous labyrinth of underground hacktivist networks, ever-shifting alliances and virtual identities – all the while hoping to find the truth behind the “Silence of Six” before it’s too late.

Excerpt from the Book

The ninety minutes flew by. In no time, Avery said, “Our last video question comes from Samir Gupta in Bakersfield, California.”

“I’m sorry. We’re having some technical—” Avery had one finger pressed to the earpiece in his left ear. Then the distorted pattern of blocks resolved into a face. “Oh, here we are.”

But the face wasn’t human: It was a sinister mask.

A bright light gave its bone-white surface a ghostly glow and plunged the background into shadows. It had a grotesque expression, with demonic eyes, a furrowed brow, and a horrible grimace.

Kids around Max gasped and murmured. Several students said the words that were also running through Max’s head: Dramatis Personai. The mask was reminiscent of the ones worn by members of the well-known hacker group when they addressed the public.

Avery turned to the technicians working in the wings. “That’s the wrong video,” he hissed off-mike.

“Hello?” the figure said. The voice was as unsettling as the mask, digitally altered to be flat and low-pitched.

The figure turned to the right and stared into the darkness for a moment. It wore a red-hooded sweatshirt, the hood drawn over the head.

Max’s heart beat faster and his palms prickled with anxiety.

The figure turned back to face the camera and took a deep breath. “My name is STOP.”

STOP leaned closer to the camera and Max instinctively leaned closer too, trying to get a better look at him. There were twin glints behind the large, dark eyeholes of the mask, like light reflecting off lenses. Evan was practically blind without glasses.

“What’s going on?” Avery asked in an exasperated voice.

“Do you really want to know?” STOP asked.

Evan, what are you doing?

“He answered me! Is this video live?” Avery looked at the screen with his hand cupped over his mike. “What do you mean, you don’t know where it’s coming from?”

“Just listen,” STOP said. Even through the audio filter, there was no mistaking the urgency and desperation in his voice. “Please listen.”

“I have a question.” STOP took a deep breath and looked straight into the camera. Max shivered. From where he was sitting, it was as if STOP was looking straight at him.

“What is the silence of six, and what are you going to do about it?” STOP pushed his hood back. Evan’s usually wispy brown hair was greasy and dull, matted against his head.

He reached off screen with his right hand and used his left to slowly lift his mask enough to reveal his nose and mouth.

He had a few days’ growth of stubble and his pale skin glistened with sweat.

Max gripped the armrests of his seat. What the hell was he doing?

Something dark flashed in the light from the desk lamp. It took Max a moment longer to figure out what Evan was holding in his right hand.

The sharp pop of a gunshot tore through the quiet. The video jumped as Evan’s body jerked and fell backward into the shadows with a sickening, wet thud. Blood speckled the camera lens and the light turned red.

The audience gasped then fell quiet. 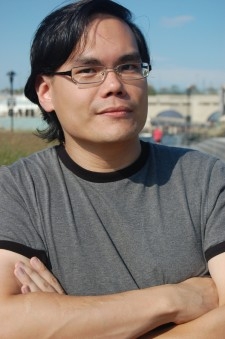 E.C. Myers was assembled in the U.S. from Korean and German parts and raised by a single mother and the public library in Yonkers, New York. He is the author of the Andre Norton Award–winning young adult novel Fair Coin and Quantum Coin, as well as numerous short stories. He currently lives with his wife, two doofy cats, and a mild-mannered dog in Pennsylvania. You can find traces of him all over the internet, but especially at http://ecmyers.net and on Twitter: @ecmyers.

Two winners will each receive an ARC of SILENCE OF SIX.