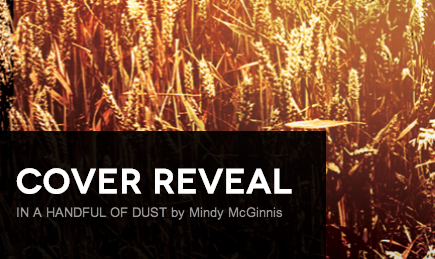 Welcome to the second cover reveal of the week, YABCers!

Today we’re celebrating the cover for IN A HANDFUL OF DUST by Mindy McGinnis releasing September 23, 2014 from Katherine Tegen/HarperCollins. Before we get to the cover, here’s a message from Mindy:

Hello YABC readers! Welcome to the official cover reveal for IN A HANDFUL OF DUST, which is a companion novel to my debut NOT A DROP TO DRINK. The amazingly talented Erin Fitzsimmons at HarperCollins was once again my cover artist, and she came up with something that I think illustrates this book’s relationship to DRINK very well. You’ll notice that it coordinates nicely, but the colors at work here are wildly different. I think that’s a great approach for a book that serves as a companion novel rather than a sequel. Hats off to Erin and all of her talent!
Mindy McGinnis (IN A HANDFUL OF DUST, Katherine Tegen/HarperCollins) 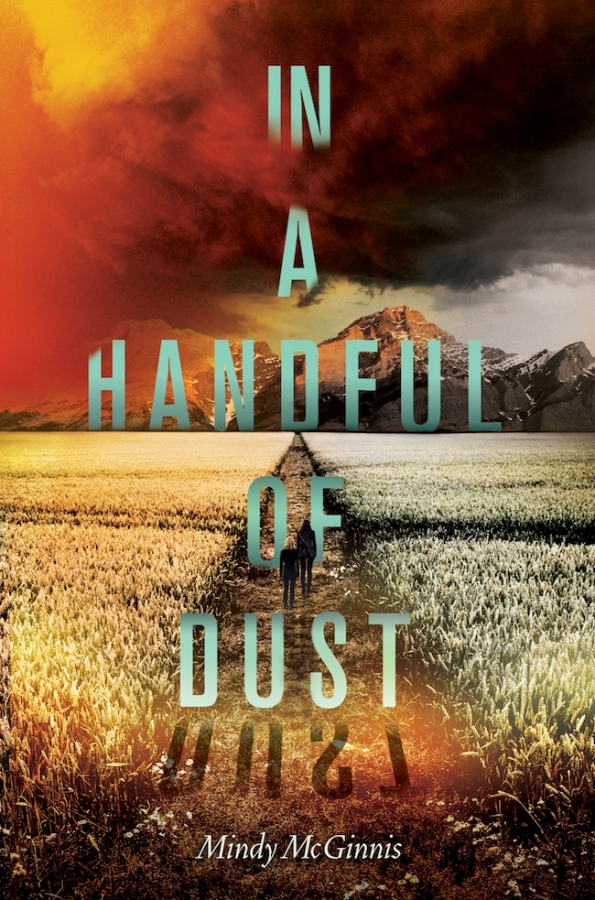 *** If you choose to share this image elsewhere, please include a courtesy link back to this page so others can enter Mindy’s giveaway. Thank you! ***

IN A HANDFUL OF DUST

The only thing bigger than the world is fear.
Lucy’s life by the pond has always been full. She has water and friends, laughter and the love of her adoptive mother, Lynn, who has made sure that Lucy’s childhood was very different from her own. Yet it seems Lucy’s future is settled already—a house, a man, children, and a water source—and anything beyond their life by the pond is beyond reach.
When disease burns through their community, the once life-saving water of the pond might be the source of what’s killing them now. Rumors of desalinization plants in California have lingered in Lynn’s mind, and the prospect of a “normal” life for Lucy sets the two of them on an epic journey west to face new dangers: hunger, mountains, deserts, betrayal, and the perils of a world so vast that Lucy fears she could be lost forever, only to disappear in a handful of dust.
In this companion to Not a Drop to Drink, Mindy McGinnis thrillingly combines the heart-swelling hope of a journey, the challenges of establishing your own place in the world, and the gripping physical danger of nature in a futuristic frontier. 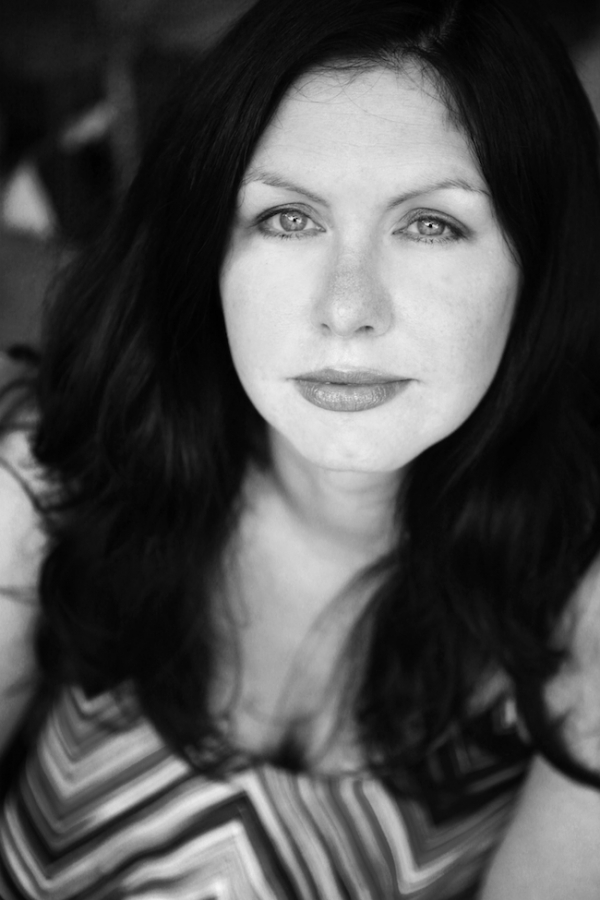 145 thoughts on “It’s live!! Cover Reveal: In a Handful of Dust by Mindy McGinnis + Giveaway (US/Canada)”

You are here: It’s live!! Cover Reveal: In a Handful of Dust by Mindy McGinnis + Giveaway (US/Canada)