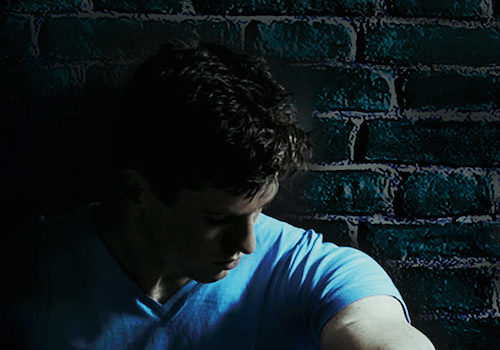 Today we’re super excited to celebrate the cover reveal for HOLDING SMOKE by Elle Cosimano, releasing May 3, 2016 from Disney Hyperion. Before we get to the cover, here’s a note from Elle:

Hey, YABC readers! I bet most of you can remember some pivotal, formative moment in your childhood—some unique experience that changed the way you see the world. HOLDING SMOKE is a story born from one of mine. I grew up the daughter of a maximum-security prison warden. When I was eight years old, my father brought a convicted murderer home to spend Thanksgiving dinner with our family. You can read more about that night here. But for now, all you need to know is that HOLDING SMOKE is a dark, deeply moving story of a boy serving time for a murder he didn’t commit, and his search to find the real killer and clear his name. Ultimately, it’s a story of hope, friendship, and the power we all hold within us to overcome the unimaginable.
This stunning cover, designed by Maria Elias and photographed by Michael Frost, couldn’t be more perfect. It has a gritty texture and a thoughtful mood. The font, hand-lettered by Sara Wood, is beautiful and atmospheric, hinting at the supernatural elements within the story. It is everything the cover of the book-of-my-heart should be. And I couldn’t be more excited to share it with you!
~ Elle Cosimano (HOLDING SMOKE, Disney Hyperion) 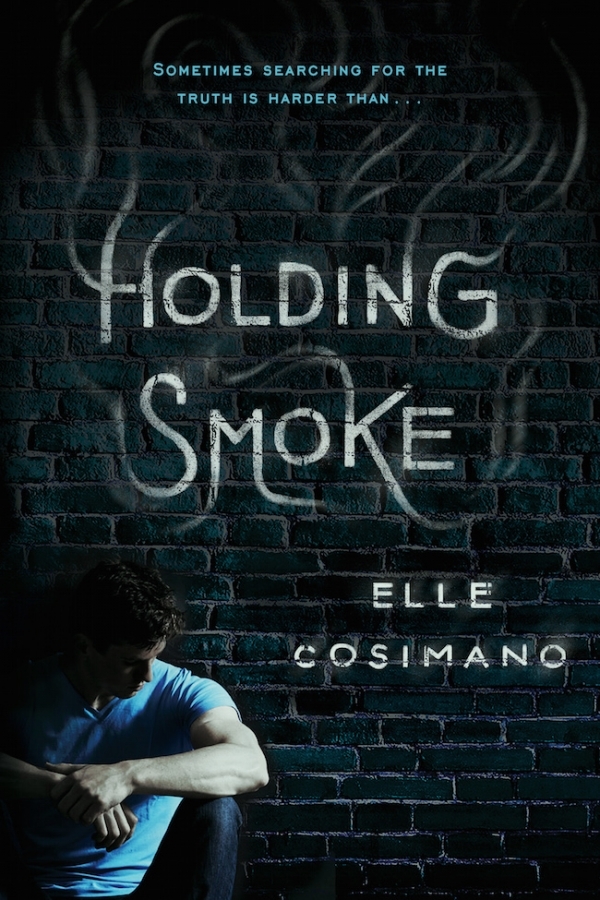 *** If you choose to share this image elsewhere, please include a courtesy link back to this page so others can enter Elle’s giveaway. Thank you! ***

by Elle Cosimano
Release date: May 3, 2016
Publisher: Disney Hyperion
ISBN: 9781484725979
About the Book
John “Smoke” Conlan is serving time for two murders but he wasn’t the one who murdered his English teacher, and he never intended to kill the only other witness to the crime. A dangerous juvenile rehabilitation center in Denver, Colorado, known as the Y, is Smoke’s new home and the only one he believes he deserves.
But, unlike his fellow inmates, Smoke is not in constant imprisonment. After a near death experience leaves him with the ability to shed his physical body at will, Smoke is able to travel freely outside the concrete walls of the Y, gathering information for himself and his fellow inmates while they’re asleep in their beds. Convinced his future is only as bright as the fluorescent lights in his cell, Smoke doesn’t care that the “threads” that bind his soul to his body are wearing thin-that one day he may not make it back in time. That is, until he meets Pink, a tough, resourceful girl who is sees him for who he truly is and wants to help him clear his name.
Now Smoke is on a journey to redemption he never thought possible. With Pink’s help, Smoke may be able to reveal the true killer, but the closer they get to the truth, the more deadly their search becomes. The web of lies, deceit, and corruption that put Smoke behind bars is more tangled than they could have ever imagined. With both of their lives on the line, Smoke will have to decide how much he’s willing to risk, and if he can envision a future worth fighting for.
To learn more about this book and see our review, go HERE. 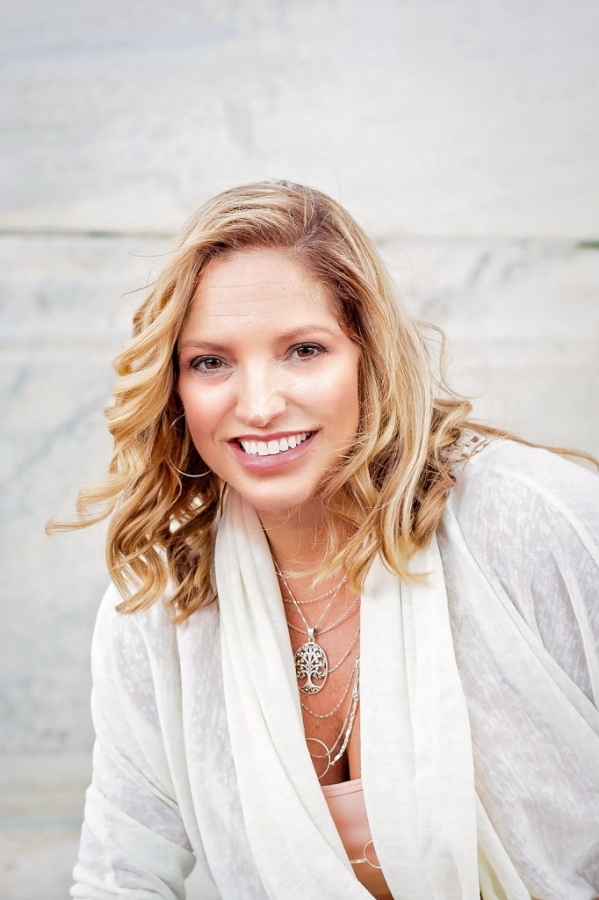 Elle Cosimano grew up in the Washington, D.C. suburbs, and set aside a successful real-estate career to pursue writing. Her debut novel, Nearly Gone, was an Edgar Award Finalist, winner of the International Thriller Writers’ Best Young Adult Novel Award, and winner of the inaugural Mathical Book Award, recognizing mathematics in children’s literature. Elle lives with her husband and two sons in Mexico, somewhere between the jungle and the sea.

One winner will receive a signed ARC of HOLDING SMOKE (when available).