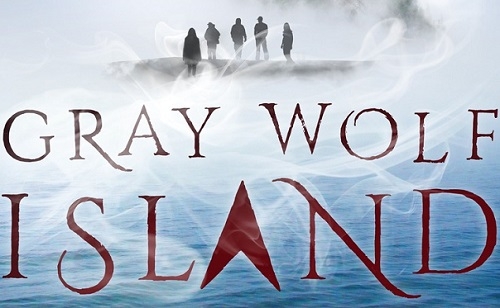 Today we’re super excited to celebrate the cover reveal for GRAY WOLF ISLAND by Tracey Neithercott, releasing October 10, 2017 from Knopf Books for Young Readers. Before we get to the cover, here’s a note from Tracey:

A long, long time ago (a year and a half), I wrote a book about adventure, them promptly dreamed of going on my own. A long time ago (four months), I saw the cover of GRAY WOLF ISLAND and felt it all over again. I’m in awe of the Knopf team of wizards who took the various elements of my book—a bit of magic and adventure, some love and lies, and more than a pinch of heartache and hope—to create a cover that represents the story so well. My favorite part of the cover, though, is the fog. It’s as mysterious as the characters’ many secrets and feels as otherworldly as the hints of magic throughout the book. I can’t wait for you to read GRAY WOLF ISLAND! *** If you choose to share this image elsewhere, please include a courtesy link back to this page so others can enter Tracey’s giveaway. Thank you! ***

Right before Sadie died, she begged her sister, Ruby, to do the one thing she could never do herself: Find the treasure on Gray Wolf Island.

With just a mysterious treasure map as a guide, Ruby reluctantly allows some friends to join her on the hunt, each of whom is touched by magic: a boy allegedly born to a virgin, a girl who never sleeps, a boy who can foresee his own death, and a boy with deep ties to the island. Each of them is also keeping a secret—something they’ll have to reveal in order to reach the treasure.

As the secrets come to light, Ruby will have to decide: Can she make peace with her friends’ troubled pasts and continue to trust them? Can she forgive herself for doing the unspeakable? Deep in the wilderness of Gray Wolf Island, Ruby’s choices will determine if they make it out with the treasure—or merely with their lives.

From debut author Tracey Neithercott comes a darkly compelling tale of profound friendship, adventure, and finding the strength to tell the truth. Tracey Neithercott’s first book was written by hand and illustrated with some really fancy colored pencils. It was highly acclaimed by her mother. Now, she writes YA stories of friendship, love, murder, and magic. (None of which she illustrates—you’re welcome.) She lives in Massachusetts with her husband, who suggests improving her novels by adding Star Wars characters.

One winner will receive a signed ARC of GRAY WOLF ISLAND.

You are here: It’s Live!! Cover Reveal: Gray Wolf Island by Tracey Neithercott + Giveaway (US Only)