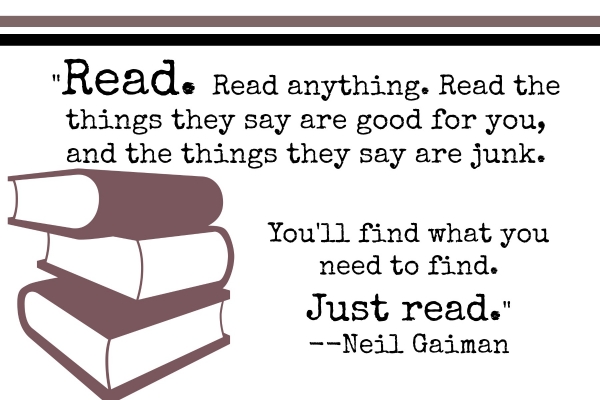 I read Lauren Prastien’s “An Apology to My Friends Who Love YA” with great interest; for the past few years, I have expended a great deal of my creative energies writing Young Adult work. (I’m shopping a novel to agents and have a couple more in varying stages of completion.)

Ms. Prastien’s main claim, that YA deserves more respect from those of us on the stuffy literary side of our fraternity of writers, is as true as it is important. I agreed with many of Ms. Prastien’s points, but I want to keep the conversation going. Literary people should pay a lot more attention and give much more respect to YA because that genre succeeds in so many areas where literary work is failing the community and the readers it should be serving.

The first misconception to get out of the way is the idea that YA work is restricted to the series that have been translated into blockbuster movies. The YA shelves in your local bookstore are filled with countless self­contained novels in a wide range of subgenres. Sarah Dessen writes excellent contemporary YA books. Ellen Hopkins is very popular for her novels in verse. I’ll address the point further, but we would all do well to understand that YA is a thriving, vibrant category in many ways that the works on the fiction shelves just can’t beat. Yes, the teens in your life will likely have read a Harry Potter book or two, but I was unaware of the unfair perception that YA has, as Ms. Prastien puts it, a “tendency for serializing its stories to send the same sets of characters [on] quick, neat adventures.”

There’s no accounting for taste, of course, but the Harry Potter and Hunger Games books are at least as well­written as most of the “literary” work that wins awards. (You’ll notice I didn’t include Twilight in that list.) YA succeeds where many literary works fail. One point in B.R. Myers’ prescient “A Reader’s Manifesto” elucidates what I feel is a big difference between literary and YA writing:

At the 1999 National Book Awards ceremony Oprah Winfrey told of calling Toni Morrison to say that she had had to puzzle over many of the latter’s sentences. According to Oprah, Morrison’s reply was “That, my dear, is called reading.” Sorry, my dear Toni, but it’s actually called bad writing. Great prose isn’t always easy, but it’s always lucid; no one of Oprah’s intelligence ever had to wonder what Joseph Conrad was trying to say in a particular sentence.

One of the reasons I have enjoyed immersing myself in YA so much is that the prose is so often both clear and beautiful. I just read a knockout debut novel; Laurie Elizabeth Flynn’s Firsts.

Ms. Flynn tells a blistering story with achingly gorgeous prose. At no point did I have to uncap my fountain pen and draw diagrams or flowcharts to keep track of what was happening in the book in the same way as when I read certain literary work. Lee K. Abbott, one of my professors during my time at Ohio State, puts it another way. He is fond of saying that it’s the writer’s job to do all of the work so the reader can have all of the pleasure. Most YA writers seem to reflect this ethos. YA books may often be assigned by teachers, but reading them is usually not homework.

Further, it’s not that most YA authors are inferior writers or that they are less able than “literary” writers to craft a powerful sentence. Perhaps it’s only my own perception, but YA writers generally seem more focused on telling a ripping story than engaging in didactic navel gazing. Plot may only be one of many implements in the writer’s toolbox, but it is often neglected in literary work. In contrast, YA is jam­packed with “what will happen next?” Firsts, for example, is a page­turner with “OMG moments” every few pages.

Compare that experience to the one you have when reading the stereotypical MFA­ refined short story or novel. I think Ms. Prastien is correct about the resemblance between television and YA, but for the wrong reason. YA books resemble television because plot and reader/viewer enjoyment are far higher on the writer’s list of priorities than is often the case with literary fiction.

I don’t want to call anyone out, but I have been taken aback by some recent examples of advertising copy that I’ve read for some literary books. I’m making up this exaggerated example because I need to share my thoughts, but I’m not a jerk:

Reading Tomorrows on the Wing of the Teheran Sky illuminates the knowingness inside the perception of Mariana, a young widow during the Prohibition era who isn’t actually involved with any of the interesting events that occurred during Prohibition, but learns deep truths about the praxis of alternate understandings of human thoughtspace as she chronicles in pictures the drip of her many lives.

Does that kind of copy appeal to anyone who doesn’t have an MFA? Now look at the ad copy for Firsts:

Seventeen­year­old Mercedes Ayres has an open­door policy when it comes to her bedroom, but only if the guy fulfills a specific criteria: he has to be a virgin.

Her system is simple, but it works. Mercedes teaches the boys how to have sex, giving them the chance to get their awkward, fumbling first time over with. All she asks in return is that they give their girlfriends the perfect first time—the kind Mercedes never had herself.

Keeping what goes on in her bedroom a secret has been easy—so far. Her absentee mother isn’t home nearly enough to know about Mercedes’ extracurricular activities, and her uber­religious best friend, Angela, won’t even say the word “sex” until she gets married. But Mercedes doesn’t bank on Angela’s boyfriend, Charlie, finding out about her services and wanting a turn. When Charlie gives her a gut­wrenching ultimatum, Mercedes doesn’t think things can get any worse.

In the wake of the worst night of her life, Mercedes’ secret is out, in the form of an incriminating video that leaves little to the imagination. With Angela not speaking to her and an army of seriously pissed­off (ex) girlfriends on her tail, Mercedes has to find a way to salvage her reputation and prove to her best friend that Charlie isn’t who she thinks he is— and figure out where her own heart really belongs.

Firsts is deep and important enough to subject to literary analysis—I will do so on my writing craft web site, Great Writers Steal—but you don’t have to engage in any analysis to make the reading experience a rewarding one. This is, I think, the defining characteristic of a lot of the “literary” genre: work that greatly deprioritizes the reader’s enjoyment and the audience principle. I often admire a move that an author will make in a “literary” work, but that work will leave me cold because it felt like an experiment in form instead of a storytelling experience.

Is it any wonder then, as Ms. Prastien notes, readers are fewer and further between? I have addressed the problem at length on Great Writers Steal. Not only are fewer people reading any literary works at all, but test scores reveal that overall reading comprehension is decreasing.

That’s right…fewer people are even capable of understanding the “challenging” works that we bedeck with so many laurels. I am not sure if it was her intention, but Ms. Prastien seems to feel about all of YA the way I feel about Twilight when she writes: “I’m genuinely glad you’re reading something.” I respectfully disagree with her on that point (aside from Twilight). Young adult literature is a particularly healthy part of the industry and the category deserves no caveats in terms of worthiness. While we need to do better at creating and reclaiming male readers—of YA and every other category—we must dismantle the notion that “entertaining” books can’t also be considered “literary.” Instead of circling our wagons around the literary community, defending work that has the same effect on the general population as Ambien, we must look to the growth of YA and do what we can to satisfy people outside of the MFA community. Most of all, we must destroy the echo chamber that protects “literary” work from the non­literary class. The literary community only reinforces that we don’t want the attention (or book­buying dollars) of the culture at large when we privilege Reading Tomorrows on the Wing of the Teheran Sky over a whole category of books filled with plot and relatable pathos that non­readers might actually read if they trust us enough. Kennth Nichols teaches composition in Central New York.  What does he write? Just about everything. Kenneth’s website Great Writers Steal, is a writing craft and literary criticism web site, which  considers the relationship between cave paintings and Jon Cryer and trying to reach the writing community without a creator who is well-versed in WordPress, competent in working with the Internet or possessed of self-confidence.

You are here: Is YA Doing For Readers What Literary Fiction Can’t?–Kenneth Nichols