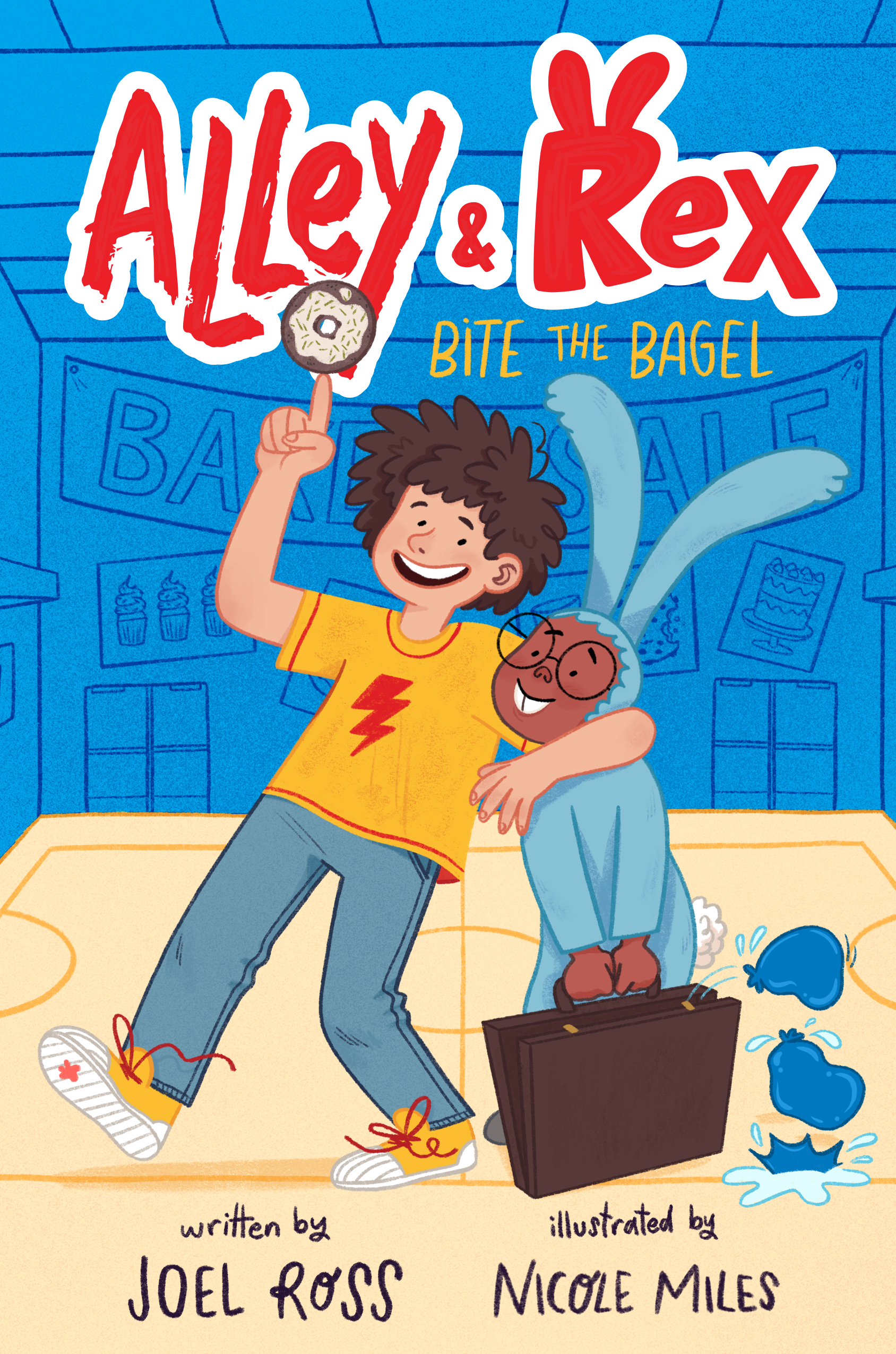 Today we are very excited to share an interview with Author Joel Ross (Bite the Bagel)! 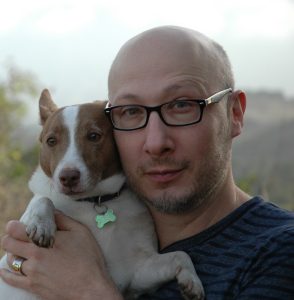 Joel Ross is the author of The Fog Diver, Beast & Crown, and Alley & Rex series. He’s never worn a school uniform, but he did try a spoonful of calves’ foot jelly once. The taste lingers. Visit him at TheJoelJoel.com.

About the Book: Bite the Bagel 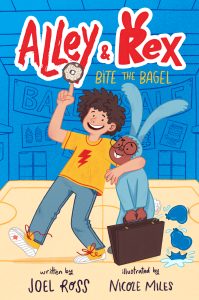 Loveable prankster Alley and bunny-suited brainiac Rex team up again, this time to help each other survive PE and save breakfast, one mutant bagel at a time in this hilarious story that’s perfect for fans of Diary of a Wimpy Kid and Wayside School!
Rex can rock a bunny suit like no one else. But his PE teacher insists that all students must wear gym clothes—or face a punishment worse than dodgeball. Alley vows to help his pal Rex. And to save the free breakfast cart that was closed due to budget cuts. Everyone knows that kids can’t learn on empty stomachs!
From a heist in the principal’s office to a bake sale featuring mutant bagels, Alley tries everything he can to bring back the food cart. And Rex tries everything he can to turn Alley’s bad choices into good solutions. They will stop at nothing in their quests for justice!

As a kid, I was often frustrated by well-meaning, heavy-handed portrayals of Jewish protagonists. They usually fell into the well-worn tropes; a clever nebbish, a sensitive soul, a studious nerd, or a noble victim. I wanted to write a Jew as a ‘default American kid’ in a kidlit story that didn’t center Jewish tradition or tragedy, but that enthusiastically embraced comedy and silliness and fun.

I adore both Alley and Rex, but Alley is my absolute favorite. His combination of good-heartedness and bone-headedness makes me happy. He has, as the principal of his school observes, ‘the heart of the lion and the brain of a baked potato.’ That was just so much fun to write–especially because he’s the hero.

That’s an easy one. The artist is Nicole Miles, and I love all her work, cover and illustrations both. I’d write something ridiculous, like, ‘here’s a picture of an intergalactic giraffe fighting a robotic butt’ and then she’d just make it happen! Absolute genius.

But my favorite thing is that Nicole took the characters and made them her own. It’s a heavily-illustrated book, so she didn’t just depict the characters, she improved them!

Well, it’s not a new release, but it’s new to me! I’m a huge fan of Sage Blackwood’s JINX trilogy, yet somehow I’ve managed not to read her 2017 kidlit novel, Miss Ellicot’s School for the Magically Minded. Blackwood’s voice reminds me a great deal of Diana Wynne Jones, which I just adore. So I can’t wait to finally dive in.

I hesitate to sound like something that might appear on an inspirational poster in a school nurse’s office. So I’ll start by saying that Alley, the main character, doesn’t learn a thing. He’s the same good-hearted doofus at the end of the book that he is in the beginning. Maybe that’s the deep philosophical lesson: learning an Important Lesson doesn’t matter as much as simply Being Kind. But really, I just want readers to laugh.

When I was in college, I spent a three months living and working with an anti-poverty group in New York that–among many other things–brought a mobile ‘street library’ to neighborhoods around the city. That was one of my first experiences of kidlit after being a kid myself. I’m still an enthusiastic supporter. ATD Fourth World is a United Nations NGO that’s in thirty or forty countries around the world. They’re a little hard to describe because they’re an anti-poverty group but they don’t sort of helicopter into impoverished areas and try to ‘fix’ poverty; instead, they center the families who are most excluded, and work with them by drawing on their lived experiences while acting as resources to advocate for the changes the families want to make.

Write absolutely every day, except for those days when you don’t feel like writing. No exceptions. Remember that when an agent or editor rejects your heartfelt, soul-baring manuscript, it’s nothing personal. And finally, to paraphrase PG Wodehouse, “Make friends with other writers, without whose never-failing sympathy and encouragement you’d complete your books in half the time.”

You are here: Interview With Joel Ross (Bite the Bagel)